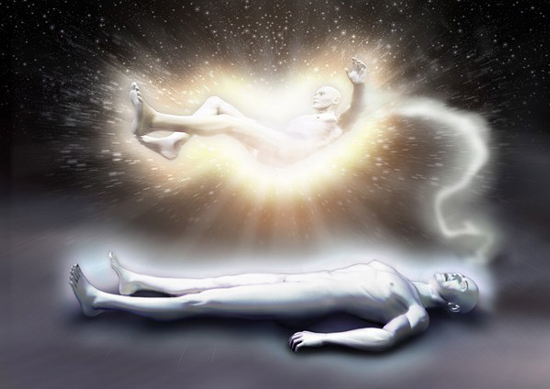 Scientific knowledge is expanding every day at an exponential rate, and the implications of new developments, particularly those that challenge the current framework regarding the true nature of reality, are far-reaching indeed. One area that continues to become a focal point of study for many physicians and neuroscientists is the relationship between mind, brain, and consciousness.

Is the brain a receiver of consciousness, or is consciousness a product of the brain? Although science has not yet shown with absolute certainty that consciousness exists separately from our physical organs, there is a lot of evidence (both anecdotal and scientific) which indicates that consciousness is something completely separate – that it continues on even after we have deceased, that it is and can be a separate “thing” from the brain. There seems to be a lot of consistency when it comes to studies that have examined this issue. New findings within this field are rapidly changing how we perceive and relate to the physical world.

Below is a video of Dr. Bruce Greyson speaking at a conference that was held by the United Nations. He is considered to be one of the “fathers” of near death studies. He is Professor Emeritus of Psychiatry and Neurobehavioral Science at the University of Virginia.

In the video he describes documented cases of individuals who were clinically dead (showing no brain activity), but observing everything that was happening to them on the medical table below at the same time. He describes how there have been many instances of this – where individuals are able to describe things that should have been impossible to describe. Another significant statement by Dr. Greyson posits that this type of study has been discouraged due to our tendency to view science as completely materialistic. Seeing is believing, so to speak, in the scientific community. It’s unfortunate that just because we cannot explain something through materialistic means, it must be instantly discredited. The simple fact that “consciousness” itself is a non-physical “thing” is troubling for some scientists to comprehend, and as a result of it being non material, they believe it cannot be studied by science.

“Some materialistically inclined scientists and philosophers refuse to acknowledge these phenomena because they are not consistent with their exclusive conception of the world. Rejection of post-materialist investigation of nature or refusal to publish strong science findings supporting a post-materialist framework are antithetical to the true spirit of scientific inquiry, which is that empirical data must always be adequately dealt with. Data which do not fit favored theories and beliefs cannot be dismissed as priori. Such dismissal is the realm of ideology, not science.” – Dr. Gary Schwartz, professor of psychology, medicine, neurology, psychiatry and surgery at the University of Arizona.

In 2001, international medical journal The Lancet published a 13 year study on Near Death Experiences (NDEs). It said: “Our results show that medical factors cannot account for the occurrence of NDE. All patients had a cardiac arrest, and were clinically dead with unconsciousness resulting from insufficient blood supply to the brain. In those circumstances, the EEG (a measure of brain electrical activity) becomes flat, and if CPR is not started within 5-10 minutes, irreparable damage is done to the brain and the patient will die”.

A total of 344 patients were monitored by the team of researchers, and an astounding 18 percent of them had some sort of memory from when they were dead, or unconscious (no brain activity), and 12 percent (1 out of every 8) had a very strong and “deep” experience. Keep in mind that these experiences have occurred when there is no electrical activity in the brain following cardiac arrest.

Another study comes out of the University of Southampton, where scientists found evidence that awareness can continue for at least several minutes after death. In the scientific world this was thought to be impossible. The study is the world’s largest near death experiences study ever published, and it was published in the journal Resuscitation. It said: “In 2008, a large-scale study involving 2060 patients from 15 hospitals in the United Kingdom, United States and Austria was launched. The AWARE (AWAreness during REsuscitation) study, sponsored by the University of Southampton in the UK, examined the broad range of mental experiences in relation to death. Researchers also tested the validity of conscious experiences using objective markers for the first time in a large study to determine whether claims of awareness compatible with out-of-body experiences correspond with real or hallucinatory events.”

This type of phenomenon has not only been recorded looking at Near Death Experience’s, but also with studies in the realm of parapsychology. One study in particular that related most to this topic, spanning more than two decades, was conducted by researchers at Stanford University in conjunction with the United States Department of Defense. It was called the “remote viewing program”.

A gentleman by the name of Ingo Swann was able to successfully describe and view a ring around Jupiter, a ring that scientists had no idea existed. This took place precisely before the first ever flyby of Jupiter by NASA’s Pioneer 10 spacecraft, which confirmed that the ring did actually exist. These results were published in advance of the rings’ discovery. The successful viewing of the ring by Ingo came after scientists observed him identify physical objects in hidden envelopes that were placed a few hundred kilometers away.