If there is one thing the Spain vs Catalonia conflict reminds us of, it has got to be Turkey. And that is a much bigger problem for the EU than it realizes. Brussels was insisting in 2017 that this is an internal, domestic, Spanish issue, even if the ex-Catalan president at that time, Puidgemont, along with four members of his Government were located in… Brussels during the conflict. 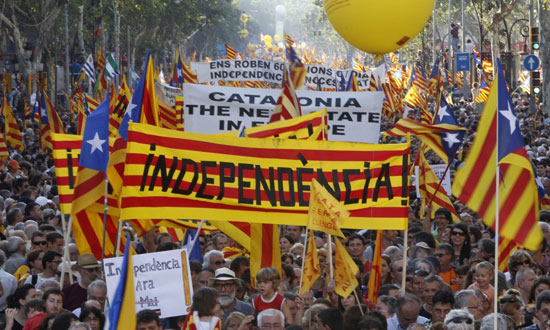 That moved decisions to be made about his situation from the Spanish legal system to its Belgian counterpart. And the two are not identical twins. Even if both countries are EU members. This situation exposed a very large European problem: the lack of equality among justice systems. Citizens of EU member countries are free to move and work across the Union, but they are subject to different laws and constitutions.

The way the Spanish government went after Puidgemont is exactly the same as the way Turkish president Erdogan tried to get to his perceived archenemy, Fethullah Gülen, a longtime resident of Pennsylvania. But the US didn’t want to extradite Gülen, not even when Turkey arrested US embassy personnel. The Americans have had enough of Erdogan.

Erdogan accused Gülen of organizing a coup. Spanish PM Rajoy accused the Catalan government of the same. But they are not the same kind of coup. The Turkish one saw violence and death. The Spanish one did not, at least not from the side of those who allegedly perpetrated the coup.

Brussels should have intervened in the Catalonia mess a long time ago, call a meeting, instead of claiming this had nothing to do with the EU, a claim as coward as it is cheap. You’re either a union or you’re not. And if you are, the well-being of all your citizens is your responsibility. You don’t get to cherry pick. You got to walk your talk.

Belgian newspaper De Standaard made an interesting distinction. It said the Belgian judicial system was not asked to “extradite” Puidgemont to Spain (uitlevering), but to “surrender” him (overlevering). Legal gibberish.

In late March 2018, Puigdemont was detained in Germany under a European arrest warrant while traveling by car to Belgium from Finland, and was held in a jail for 12 days in the country. In mid-July 2018, the higher regional court in Schleswig-Holstein ruled that he could not be extradited to Spain on the charge of rebellion. In august 2018, 55-year-old Puigdemont returned to Belgium, where he is still continuing his fight for Catalonia’s independence.

In February 2019 the leader of Catalonia’s failed secession bid in 2017 said that Spain will seek “vengeance” rather than justice when 12 of his separatist allies stand imminent trial accused of rebellion and other charges.

Carles Puigdemont, who will follow the trial from self-imposed exile in Belgium, accused EU countries of double standards for recognizing Venezuelan opposition leader Juan Guaido as that country’s interim president, while ignoring his attempt to declare independence for Catalonia.

“I was elected by a democratically impeccable parliament as president and I was sacked by a man who now only has four members of the regional parliament in Catalonia,” Puigdemont told The Associated Press, referring to former Spanish Prime Minister Mariano Rajoy. “This double standard is shameful for Europe.”

The former Catalan regional president slipped out of Spain after the government removed him from office following the regional parliament’s declaration of independence on Oct. 27, 2017. Twelve other separatists will go on trial in Spain’s Supreme Court on February 12, 2019 on charges including rebellion and sedition.

“We are all supporting them, helping them because they are suffering a terribly unjust and humiliating situation and being used to set an example,” Puigdemont said in the interview in the Belgian town of Waterloo, south of Brussels.
The trial, he said, “will not be an act of justice, but rather one of vengeance.” 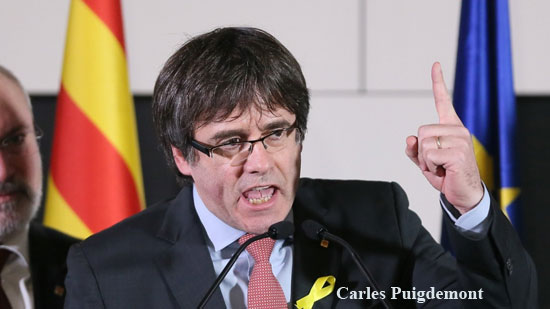 Spanish Supreme Court President Carlos Lesmes has dismissed such claims, insisting the trial will follow the “highest standards set by the European Union.”

But what a disaster this is, once more, for the EU. It has shown zero leadership in the case, neither from the likes of European Commission head Juncker nor from Angela Merkel, its most powerful head of state. How can one not conclude that the Union is completely rudderless? This is just as bad as the refugee crisis, and the beheading of the Greek economy.

Threatening people with 30-year jail terms for organizing a peaceful vote is not what the EU should stand for. And now that is does, it threatens its own survival. Europe cannot be the land of Erdogan or Franco, it cannot look the other way and live.

That may be why the German armed forces, the Bundeswehr, have prepared a report that looks at future scenarios for Europe, including worst-case ones. This article in Der Spiegel is from 2017. The authors didn’t seek the worst case option in either Spain or Greece, but perhaps they should have. Then again, some of their projections are stark enough to offer plenty food for thought.

According to Spiegel information, the Bundeswehr played through social and political trends until 2040 for the first time. Strategists are also developing a worst-case scenario. The Bundeswehr believes that an end to the West in its current form over the next few decades is possible. This is according to information from Der Spiegel from the “Strategic Perspective 2040”, which was adopted by the top of the Ministry of Defense and since then kept under wraps.

For the first time in its history, the Bundeswehr’s 102-page document shows how social trends and international conflicts could influence German security policy in the coming decades. The study sets the framework in which the Bundeswehr of the future is likely to move.

The paper does not yet provide any concrete conclusions for equipment and strength. In one of the six scenarios (“The EU in Disintegration and Germany in Reactive Mode”), the authors assume a “multiple confrontation”. The future projection describes a world in which the international order erodes after “decades of instability”, value systems worldwide diverge and globalization is stopped.

“The EU enlargement has been largely abandoned, other states have left the community, Europe has lost its global competitiveness,” wrote the Bundeswehr strategists. “The increasingly disorderly, sometimes chaotic and conflict-prone world has dramatically changed the security environment of Germany and Europe.”

In the fifth scenario (“West against East”), some eastern EU countries are freezing the state of European integration while others have “joined the Eastern bloc”.

In the fourth scenario (“multipolar competition”), extremism is on the rise and there are EU partners who “even occasionally seem to seek a specific approach to Russia’s state capitalist model”.

The document expressly made no prognosis, but all scenarios are “plausible with the 2040 time horizon,” write the authors. The simulations were developed by scientists of the Federal Armed Forces Planning Office.

That “future projection” looks a lot like how we see the EU today, not in 2040

Angela Merkel may be all EU all the time, just like all her EU peers, but her own army has serious questions about that. And given the Catalonia swamp, who could doubt that they are right about having doubts?

Yanis Varoufakis’ DiEM25 movement is all set towards democratizing the EU, but how realistic is that goal? How divergent does a Union have to get before you give up on it? Poland, Hungary, Czech Republic all want completely different things from what Holland and Germany want. French president Macron is finding out as we speak that he can only do what Merkel allows him to. 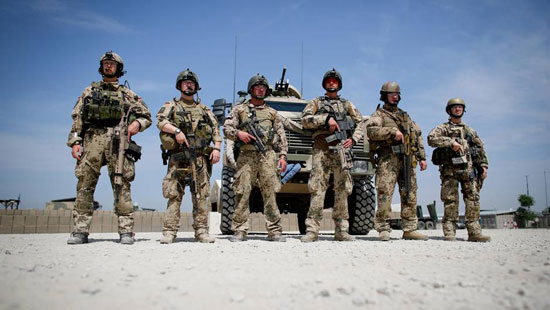 And then along comes Spain and tries to inflict Franco era laws and violence on its citizens. But Brussels does nothing, and neither does Berlin. Refugees can rot away on Greek islands if Eastern Europe doesn’t want them, and Catalan grandmas can get beaten to a pulp by the remnants of Franco’s troops, Brussels has zilch.

The way the EU functions is no accident, and it’s not some new development. Present-day Brussels is the culmination of 50-60 years of institutionalization. You don’t change that with an election here or there.

Will Catalonia be the endgame of Brussels? Will it be the refugee crisis? Brexit? It’s impossible to say, but what is certain is that in its present state, the Union has no future. And at the same time, there’s no solution in sight. The powers that be are deeply invested, and they’re not going to let go just because some country, or part of a country, or political party, or group of voters wants them to.

The EU is profoundly anti-democratic, and it intends to stay that way.