Why do we see the common-sense states but not the imponderable superpositions? 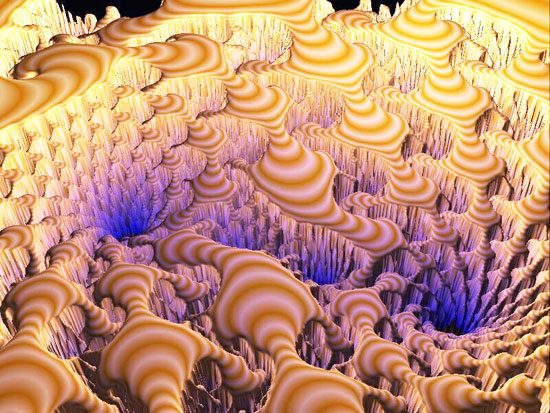 There are two parts to the answer. First, it turns out that the decoherence-inducing interaction with the environment doesn’t just squash quantumness indiscriminately. It specifically selects states that have particular mathematical properties of symmetry, and trashes the others. Zurek calls this environment-induced selection or einselection. In this way, ‘the environment functions not just as a garbage dump, but as a communication channel’, he says.

It’s not enough, though, for a quantum state to survive decoherence in order for us to be able to measure it. Survival means that the state is measurable in principle – but we still have to get at that information to detect the state. So we need to ask how that information becomes available to an experimenter. (Really, who’d have thought there is so much to the mere act of observation?)

Here’s the exciting answer: it’s precisely because a quantum system interacts with its environment that it leaves an imprint on a classical measuring device at all. If we were able, with some amazing instrument, to record the trajectories of all the air molecules bounding off the speck of dust, we could figure out where the speck is without looking at it directly; we could just monitor the imprint it leaves on its environment. And this is, in effect, all we are doing whenever we determine the position, or any other property, of anything: we’re detecting not the object itself, but the effect it creates.

Just as coupling the object to its environment sets decoherence in train, so too it imprints information about the object onto the environment, creating a kind of replica. A measurement of that object then amounts to acquiring this information from the replica.

A detailed theoretical analysis of decoherence carried out by Zurek and his colleagues shows that some quantum states are better than others at producing these replicas: they leave a more robust footprint, which is to say, more copies. These robust states are the ones that we can measure, and that ultimately produce a unique classical signature from the underlying quantum morass. You could say that it’s only the ‘fittest’ states that survive the decoherence process by producing abundant copies in the environment. Zurek fittingly calls the idea ‘Quantum Darwinism’.

Just as in nature, fitness here is determined both by the entity and its environment. Some environments are good at inducing decoherence of a quantum object but not at retaining reliable, sharply defined replicas of it. The collisions of air molecules are like this. Yes, you could reconstruct where an object is from the trajectories of air molecules bouncing off it, but only if you could collect that information before it gets scrambled by the molecules subsequently colliding with one another.

Photons, on the other hand, are much better at retaining an imprint, because they don’t generally interact with one another after they have bounced off the object, so the information they carry away doesn’t get messed up so easily. It’s no coincidence that vision is a reliable and widespread way that organisms find out about their environment! Smell, which relies on the passage of odorant molecules through the busy, jostling air, is less good. Some animals use it when vision won’t work well (at night, say), but the smeller has to sniff out a wandering, diffusing trail rather than just seeing the target and heading for it.

Zurek and his colleague Jess Riedel have been able to calculate how fast and extensive this proliferation of quantum copies is for a few simple situations, such as a dust speck in a vacuum flooded by sunlight. They find that, after being illuminated for just one microsecond, a grain of dust a micrometre across will have its location imprinted about 100 million times in the scattered photons.

It’s because of this multiple imprinting that such objects seem to have objective, classical-like properties at all. Ten observers, say, can separately measure the position of a dust grain and all agree that it’s in the same location. Each observation consumes a different replica of the grain in the reflected photons. In this view, we can assign an objective position to the speck not because it truly ‘has’ such a position (whatever that means), but because its position state can imprint many indistinguishable replicas in the environment. What we take as obvious common sense turns out to have secure yet far-from-obvious underpinning in quantum theory.

There’s a seemingly bizarre corollary to this picture. When we measure a property of a system by probing its replica in the environment, we destroy that replica. Might we then potentially use up all the copies by repeated measurement, so that the state can’t any longer be observed? Yes we can: too much measurement will ultimately make the state seem to vanish.

But we needn’t be perplexed by the finite number of replicas. It just tells us that if we keep poking at a system to find out about it, eventually we’ll perturb it into another state. That’s completely consistent with our experience. Sure, you can gaze for as long as you like at a coffee mug without altering it in any substantial way. But you can’t do that to an Old Master painting, for the pigments will fade under too much light: you will alter their state. If you examine in prolonged and sustained fashion something small enough – like an electron – the reflection of even a single photon becomes a big deal – so you don’t have many replicas to capture before you end up seeing a different state.

What Quantum Darwinism tell us is that, fundamentally, the issue is not really about whether probing physically disturbs what is probed (although that can happen). It is the gathering of information that alters the picture. Through decoherence, the Universe retains selected highlights of the quantum world, and those highlights have exactly the features that we have learnt to expect from the classical world. We come along and sweep up that information – and in the process we destroy it, one copy at a time.

Decoherence doesn’t completely neutralise the puzzle of quantum mechanics. Most importantly, although it shows how the probabilities inherent in the quantum wave function get pared down to classical-like particulars, it does not explain the issue of uniqueness: why, out of the possible outcomes of a measurement that survive decoherence, we see only one of them. Some researchers feel compelled to add this as an extra (you might say ‘super-common-sensical’) axiom: they define reality as quantum theory plus uniqueness. 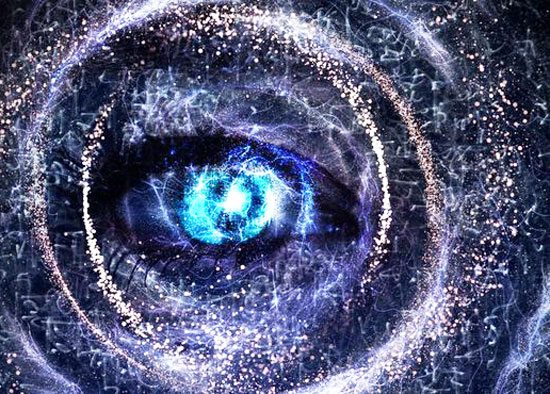 All the same, thanks to the theory of decoherence, we no longer have to make quantum measurement some magical and mysterious event that crystallises knowledge. We have a mathematical theory to explain how information gets out of the quantum system and into the macroscopic apparatus. We can use the theory to calculate how quickly that happens, and how robustly. We have, at long last, a theory of measurement. What’s more, it is a theory that confers no privileged status on the conscious observer, stripping away the seemingly mystical veneer from quantum mechanics.

There’s no longer any need for Bohr’s arbitrary division of the world into the microscopic, where quantum mechanics rules, and macroscopic, which is necessarily classical. Now we can see not only that they are a continuum, but also that classical physics is just a special case of quantum physics. Regarded this way, common sense is a direct and utterly sensible outgrowth of quantum sense.

This quantum theory of measurement is a reversal of the usual way that science works. We normally take our human common sense and experience for granted, and work back from it to deduce more fundamental physical behaviours. Sure, what we discover that way might sometimes seem a long way from common sense – heliocentrism, Higgs bosons, black holes, etc. But we typically get to those points by taking it for granted that there is an uncomplicated relationship between what we measure and what is there.

Decoherence theory doesn’t take that common-sense view of measurement for granted. It starts by accepting that the world is fundamentally governed by quantum rules, which seem at face value to run deeply counter to experience, and then it works upwards to see if it can recover common sense. Remarkably, it can.

That is why the quantum theory of measurement can be thought of as nothing less than a ‘theory of common sense’. Decoherence theory explains where common sense comes from – namely, out of principles that seem very far from common-sensical. The challenge is then on all of us to reconcile our instinctive common sense with its quantum origins. But we no longer have to regard the two as being in conflict, since they are not only consistent but inextricably linked.

We can seek solace in the knowledge that the conflict between classical and quantum is not in the physics. It’s just in our minds.