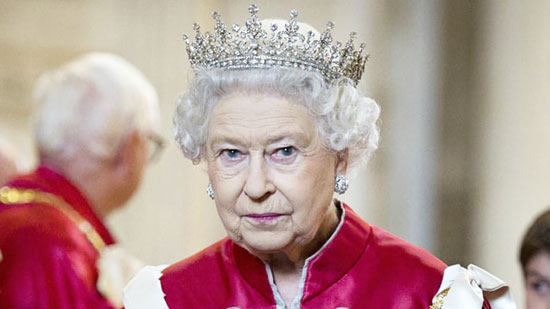 Queen Elizabeth has written and recorded at the end of March a speech addressing an “imminent global war” that she claims has been “planned by certain forces with the necessary means to bring about fundamental global change” and create a “new dawn” for humanity.

During the recording the Queen says, “One must now make the necessary preparations to say goodbye to loved ones as the nature of war in 2018 does not permit one to assume who will live and who will die. Many will die in this war,” according to BBC production staff.

“2018 is a very special year. It will go down in history as the start of World War III,” the Queen warns her subjects in the recorded speech. This is the second World War III speech the Queen has written, after a 1983 version, written during the height of the Cold War.

“My beloved country is about to enter its darkest period in the coming months as a brutal and apocalyptic war will be waged in the east. The die has been cast and the world will not be the same afterwards.”

It is understood Queen Elizabeth is making reference to the nerve agent attack on Sergei Skripal and his daughter Yulia in Salisbury, England – an event the British government has been quick to seize on as a pretense for a more aggressive stance towards Russia.

While there has been no evidence presented that the attack on the former spy and his daughter have anything to do with Russia, the British government has denounced Putin and the Kremlin, expelled Russian diplomats, and sent British warships to monitor Russian military war-games taking place in the Black Sea.

Speaking about the Queen’s recorded message, a BBC production assistant said, “The Queen was speaking as though she knows the war plans inside out. To make matters worse she seemed completely resigned to the idea of a new World War.”

By the end of 2018 the world will be unrecognizable if the pro-war cabal continue gaining strength. War in the Middle East, justified by the use of false flags, has long been the cabal’s preferred method of igniting World War III, bringing Russia, China and the U.S. into direct confrontation, before ushering in the final phase of their masterplan for global dominance.

According to BBC production staff, the Queen said: “One must prepare for the new dawn humanity will soon wake up to, which cannot come into being without a period of complete darkness, the blackest of nights, the likes of which we have never experienced.”

It is understood the “period of complete darkness” refers to World War III, with western forces dismantling Russian dominance in the east and driving humanity towards a unipolar world. The “new dawn” that humanity could soon “wake up to” will be the totalitarian New World Order.