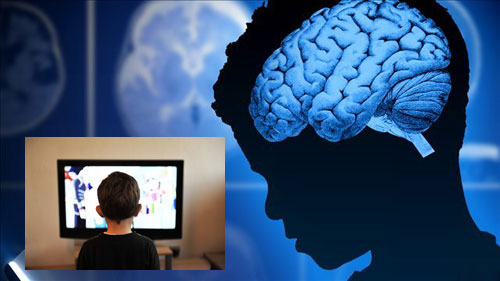 Digital devices and other electronics are at the top of many kids’ wish lists. If you’re considering upgrading your teenager’s cellphone or getting your preschooler their first tablet, you might want to keep in mind the early results of a groundbreaking study that confirms many parents’ fears about the effects of all that screen time.

The preliminary results are in on a huge study carried out by the National Institutes of Health. The $300 million project known as the Adolescent Brain Cognitive Development Study enrolled 11,874 children aged 9 and 10 – 2,100 of which are twins or triplets. The study will follow the children throughout young adulthood at 21 research sites in the U.S.

Although not all of the data are available yet, the early results are as insightful as they are alarming. Just as many experts and parents alike have long suspected, all that screen time is impacting not only children’s mental health and emotional development, but it’s changing the physical structure of their brains.

Not surprisingly, the researchers discovered that children who spend more than two hours per day in front of screens get lower scores on thinking and language tests. Teenagers, by the way, spend 4.5 hours, on average, with their mobile phones each day. That finding should be enough to give most parents pause, but the situation is even more serious for those who spend more than seven hours per day in front of a screen.

MRIs of these children showed a premature thinning of the outermost layer in the brain, the cortex, when compared to their peers who don’t use as much technology. The cortex is responsible for sensory input and the type of higher-order functions that make us humans.

The study’s director said that they can’t say for sure yet if the thinning is indeed bad, but that’s only because this thinning is something they normally only see in mature brains and they don’t yet know what it could mean in younger brains. In other words, it’s having an effect that scientists have never seen before and don’t know what to make of… hardly a comforting thought!

The baseline data in this groundbreaking study will be made available to all scientists later in 2019 for further exploration of the effects all this screen time is having on kids mentally and physically.

An uncontrolled experiment – and your kids are the guinea pigs

Seattle Children’s Hospital’s Dr. Dimitri Christakis, who authored the American Academy of Pediatrics’ screen time guidance, said: “In many ways, the concern that investigators like I have is that we’re sort of in the midst of a natural kind of uncontrolled experiment on the next generation of children.”

Some scientists believe that screen time spurs the release of dopamine in your brain, a chemical that plays a role in desire and cravings that keeps people hooked.

Dr. Christakis has been involved in experiments on the influence that screens have on kids younger than two, which is a crucial time in brain development. He said that they don’t transfer the things they learn on tablets to the real world. They can stack virtual blocks in an app, but when you give them real blocks, they have to start over from the beginning to figure out how they work. It’s like they’ve never done it before. 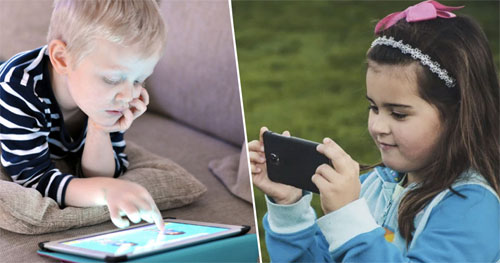 While younger kids may be more vulnerable to some aspects of screen usage, everyone is at the mercy of those who design the devices. Former Google manager Tristan Harris admitted to CBS News that phones and apps are designed to capture people’s attention and keep it as long as possible, saying that “there’s a whole playbook of techniques” used to keep kids from setting down their devices.

What can parents do to protect their children?

Parenting is hard in the best of times, and many modern parents are so busy that it’s tempting to park the kids in front of these devices to buy instead some time to get things done. Even if your kids prefer games with some degree of educational value, don’t let that fool you into thinking that damage isn’t being done.

This doesn’t mean you should ban your kids from screen time entirely. They do serve an informational purpose, and some entertainment isn’t a bad thing; children need to unwind just like adults do. However, it’s very important that you monitor your children’s screen time – and limit it.

If you were planning to buy your children a video game console, for example, go ahead, but take advantage of the features available today that track usage and cut them off once they’ve reached the limit. Apple devices allow parents to set up time restrictions on apps and get information about usage, and apps like Instagram and Facebook have also added settings to monitor usage. Unfortunately, many parents don’t realize these features exist.

You can also provide young people with alternatives that tie in to whatever it is they enjoy doing on their devices. For example:

• If your child plays a lot of puzzle games like Candy Crush, buy her some jigsaw puzzles or Sudoku books.
• If your child enjoys country life simulators like Stardew Valley or Animal Crossing, take him fishing, buy him some books about wildlife, or start a garden together.
• If your teenager can’t peel herself away from social media sites like Instagram, encourage her to meet her friends at the mall to do some people-watching and catch up on the latest gossip in a more engaging way.
• If your kids like world-building games like Minecraft, an age-appropriate Lego kit might hold their attention nicely while letting them exercise some creativity.
• If they’re addicted to Fortnite, a Nerf battle with friends could get them running around and away from their screens.
Whatever it is that is gluing your child to the screen can likely be approximated with a far healthier real-world alternative.

The message to parents is clear: It’s time to set down your own phone and start paying attention to how much your kids are using their devices. All that tapping and scrolling is changing their brains irreparably, and researchers will only know the true extent of the damage it can cause when it’s too late.