Smoking causes up to 40% of cancer deaths in the US… so why are cigarettes still sold by pharmacies? This is a legitimate question 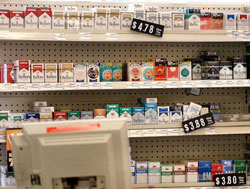 Once thought to be relatively harmless and pushed as a “past time” of sorts even by the medical community, scientific studies have proved beyond a doubt that tobacco use – and smoking, in particular – poses major health risks to humans.

In fact, one of the most recent bodies of research, published online by The Journal of the American Medical Association – Internal Medicine, found that the proportion of cancer deaths that are attributable to smoking cigarettes contributes to nearly 40 percent of deaths in some regions of the US.

The study found that there were higher percentages of cancer deaths from smoking, generally, in the South, where about 4 in 10 deaths of men were attributable to the habit.

Currently there are about 40 million adults who still smoke cigarettes in the United States, Medical News Today reported, citing the study. Also, smoking remains the most preventable cause of death from cancer and a host of other diseases, all of which have been linked to habit. 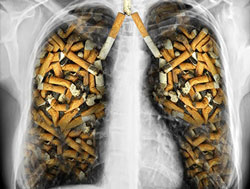 In all, smoking cigarettes is responsible for an estimated 28.7 percent of all cancer deaths in the United States, in adults aged 35 and older in 2010. However, there are no state-by-state estimates, Medical News Today noted.

Key data about the above mentioned study: “Joannie Lortet-Tieulent, M.Sc., of the American Cancer Society, Atlanta, and coauthors estimated the population-attributable fraction of cancer deaths due to cigarette smoking using relative risks for 12 smoking-related cancers and state-specific smoking prevalence data from the Behavioral Risk Factor Surveillance System. The study included each U.S. state and the District of Columbia.” 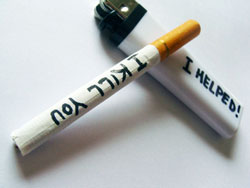 The authors of the study noted that the higher smoking-related cancer mortality rates in the South is probably due to the fact that, historically, more people have smoked throughout the region. That has prevailed in spite of weaker tobacco control policies and programs (plus much of the tobacco grown and sold in the U.S. comes from the South). The study found that some of the least restrictive public smoking policies and most affordable cigarette prices were in the South.

Southern states may also have higher smoking-caused cancer deaths in part because of disproportionately higher levels of low socioeconomic status (more poor people), which is often associated with higher incidences of smoking. In addition, the authors suggest that racial differences in smoking prevalence across the states could also be influencing smoking-related cancer death rates and percentages.

The authors say their study probably underestimates death that is attributable to tobacco use for several reasons, such as the fact that only 12 cancers were examined. In addition, they said self-reported data are usually known to underestimate smoking rates.