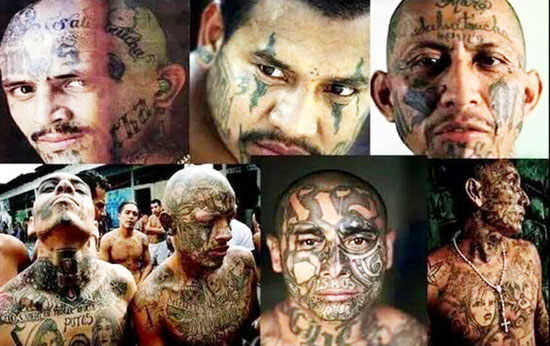 US President Donald Trump has been criticized for calling MS-13 gang members “animals” (MS-13 is a notorious US criminal gang started by Central American immigrants, mainly from El Salvador, in Los Angeles in the 1980s). If anything, Mr. Trump should be criticized for demeaning animals, because animals only kill for food or for protection, never for sport. People such as MS-13 members should be referred to as demonic criminals – the word “animals” is too kind.

Demonic types can also be found in high places such as government officials or Hollywood bozos. They make statements that are crude and insulting. They also make statements that are also absolutely stupid or bizarre. California Democratic Representation Eric Swalwell seemed to point to an obvious joke by Trump on the campaign trail in July 2016 where he asked the Russians if they knew the whereabouts of Clinton’s 30,000 missing emails as “proof” of some sort of secret coded message to encourage Russian hacking and interference.

Speaking of completely stupid demonic thoughts, another headline states: “The Daily Caller went out on the town in Washington to find out whether or not our nation’s young people would prefer gang members or people who simply supported the president. Not only was there a competition, it turns out MS-13 members came out ahead”.

The list could continue for many pages but there is an occasional correct thinker and writer in the world. One such correct thinker is Robert David Steele. An occasional article written by him has passed our attention from time to time, but a great interview opened many people’s eyes to his method of thinking. He is a former CIA officer possessing a broad range of experience and knowledge about national and world affairs. Among other things he says that the Zionist project in the nation called Israel is coming to an end soon.

Mr. Steele exchanges information with Benjamin Fulford (and others) and many of his articles can be found on a website called the Public Intelligence Blog.

Following are a few excerpts from an article appearing on the PIB site. An interesting comment is: “It is difficult for those who are convinced that Trump is a moron… to see that there is a completely different positive interpretation of what Trump is doing in the Middle East”.

Mr. Steele is yet another important figure who claims that Zionist Jews are not Semitic/Abrahamic but are actually of Eastern European Khazarian ancestry.

Everybody has this wrong – Trump is not bluffing and he is not Netanyahu’s puppet. What has really happened here is that Xi, Trump, and Putin agreed over a year ago to take down the Deep State. The denuclearization of Korea, combined with the destruction of the old banking order will be followed by the denuclearization of Israel and the restoration of Palestine. We are at the beginning of a 1,000 year period of peace and prosperity for all.

For brevity’s sake, the honorific titles of the three great men – General Secretary Xi Jinping, President Vladimir Putin, and President Donald Trump – are omitted in the text. No disrespect is intended.

On Jerusalem, which is absolutely off-limits as a corpus separatum, the most positive interpretation of this move is that Trump is setting Netanyahu up while uniting the Arabs.

On the Iranian nuclear deal, there is clear and compelling evidence that Trump is preparing to expose, with the assistance of Iran, the leaders in Europe and the US who took massive bribes from Iran, including Obama and various European leaders including Merkel and Macron.
There are also reports, stemming from interpretations of QAnon’s posts, to the effect that Trump has used the last two missile attacks into Syria (both coordinated with Putin and Assad) to wipe out Deep State nuclear and chemical capabilities that were to be used for “real” false flag nuclear and chemical attacks leading to World War III.

It is difficult for those who are convinced that Trump is a moron, a loose-cannon, a ham-fisted bully, to see that there is a completely different positive interpretation of what Trump is doing in the Middle East.

Only in the past year has it become clear to a majority of the US public that Zionism is a subversive movement that has been destroying the US economy, misdirecting the US Government, and undermining US society. Zionism is not Judaism.

Most importantly, a majority of US citizens are now beginning to understand that there is a schism between Jews in Israel, Jews in the USA, Jews everywhere else, and Zionist Netanyahu. Netanyahu has gone so far as to tell American Jews to “p*** off” and Haaretz, one of the most important journals in Israel, has gone so far as to ask if it is time for all Jews to boycott Israel.
Zionism is over. Zionism – bad, Jews – good. Peace in the Middle East is now possible if Putin and Trump collaborate with Rouhani and Erdogan and Abdel Fattah el-Sisi of Egypt. Netanyahu and Salman of Saudi Arabia will do what they are told to do once the Americans turn off the “milk”. 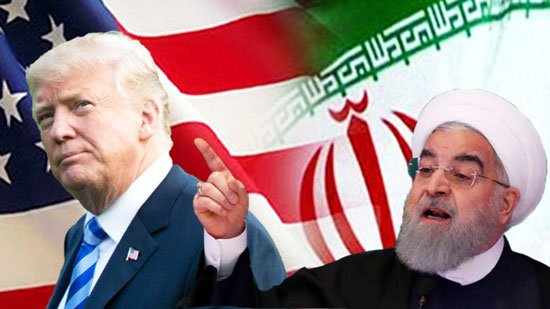 Along the same focus as Mr. Steele, Benjamin Fulford claims that Mr. Trump’s withdrawal from the Iranian nuclear agreement is an act of pure genius and not a victory for the state of Israel.
The battle for the planet Earth has heated up again with major movements in the Middle East, Malaysia, Indonesia, Europe, the U.S., and elsewhere as a final showdown approaches between the Zionist fanatics who want World War 3 and the rest of humanity who want world peace and friendship.

On this front, the renunciation by U.S. President Donald Trump of the Iran nuclear accord is, on the surface, a major victory for the Zionists. However, Pentagon sources say: “The endgame is to force both Iran and Israel to de-nuke after North Korea, and then have permanent peace in the Middle East”.
EU Commission President Jean-Claude Juncker, German Chancellor Angela Merkel, French President Emmanuel Macron and UK Prime Minister Theresa May also denounced the Trump move. This clear and obvious split between the U.S. and Europe is unprecedented in the post-war era.

According to Mr. Fulford, Pentagon sources insist that “Trump is pulling out of the Iran deal to take down corrupt EU and U.S. officials who may have been bribed, along with globalist French companies like Airbus, Total, Renault, and Peugeot, as well as German companies like Siemens”. Interestingly, Iranian Foreign Minister Javad Zarif backed up this Pentagon claim by threatening to reveal the names of Western politicians who had been bribed in relation to the nuclear deal.

What is especially interesting about this Iranian move is that it shows signs of deep-level coordination between the Trump regime and the Chinese government.
If one stays on top of the daily news, it can get easy to become disgusted, confused, angry, hopeless, cynical, and many other adjectives. In this case, it is essential to always remember that God is in control and events are occurring exactly as He planned (and plans).

Occasionally, it appears that Mr. Trump is a sold-out Zionist shill, a deep-state swamp Zombie, or a complete idiot even though he appears to be doing some good deeds.
Mr. Steele claims that Mr. Trump is playing Netanyahu and the Zionists as fools. He claims Mr. Trump may say one thing in public but do something else in the background. His claim that Zionism is over (or will soon come to an end) is correct. He claims that Jerusalem will eventually become an international city, but Biblical prophecy claims that the original city of Jerusalem will be destroyed to be replaced by a New Jerusalem.

David and Goliath 2018: How One Man Accelerated the Collapse of the British American Empire (1)

Willful Ignorance: Why We Stay Oblivious To Facts That Threaten Our Health And The Planet