Still Consume White Flour? After Reading This, You Won’t… 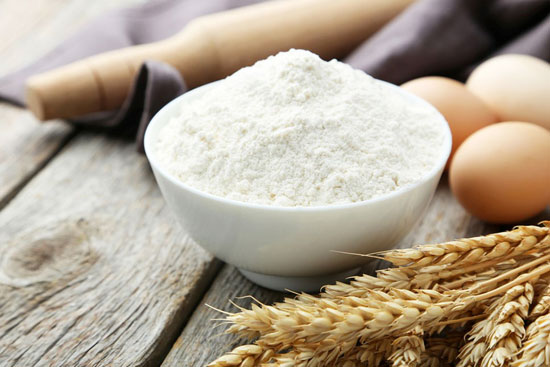 These five facts will inspire you to ditch refined, processed flour for good

Refined, white flour is one of the main perpetrators to many modern-day diseases of affluence. It is now well known that white flour spikes the blood sugar, is devoid of most nutrients, and can block the internal villi in the intestinal membrane, contributing to ailments such as leaky gut syndrome (a root symptom to many diseases today).

But those aren’t the only ill effects caused by consuming a diet high in refined foods which include white flour. Following are five shocking facts about white flour that will inspire you to switch to whole, unprocessed foods for good.

1. White Flour Has No Nutrients

Because foods have been processed and refined, manufacturers have to fortify certain nutrients (which your body does not metabolize and utilize as efficiently as when derived from whole foods) because they no longer contain them! Concerning white flour and bread(s), when the wheat seed’s bran is removed, its six outer layers and the germ (which contains 76% of the vitamins and minerals) is lost. 97% of the dietary fiber is also removed, which is why constipation and cancer of the bowel are so prevalent in “developed” nations.

In addition, processing and bleaching white flour removes all of its vitamin E, 50% of its calcium, and 70% of its phosphorous, iron, magnesium, and B vitamins.
So what you’re paying for when you spend less on white bread and baked goods is… literally nothing. Except a hefty healthcare bill down the road if you don’t start consuming real foods right now.

2. Carcinogen Potassium Bromate Is Added – You Don’t Want This

Once all the layers, nutrients, and fiber are removed, flour is bleached, preserved and aged with chlorine dioxide. Manufacturers continue to further refine it by adding chalk, alum, and ammonium carbonate to make it seem more appealing texture-wise and visually.

Unfortunately, they then add potassium bromate to the mix. This ingredient is a very powerful oxidizer that damages cells. Potassium bromate is also considered to be a category 2B carcinogen (= possibly carcinogenic to humans), as classified by the International Agency for Research on Cancer (IARC). Banned in most developed countries in 1994 (including all countries in the European Union, UK, and Canada – but not in the United States), it is an ingredient every household should avoid.

3. White Flour Is A Natural Insecticide

Like harmful glyphosate-containing insecticides produced by Monsanto, white flour will kill bugs that creep into bags of it and begin to consume it.
It kills bugs that attempt to live off of it. What could make one think it is ideal for human consumption, then? 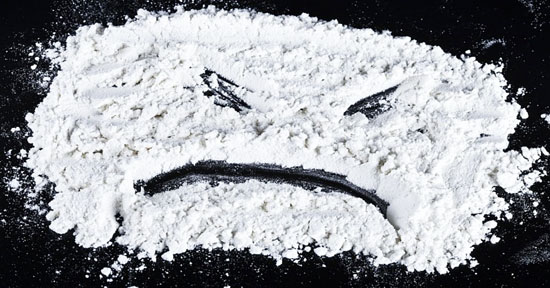 Yes, you need amino acids (the building blocks of protein) to survive, but this non-essential amino acid is introduced to most conventional baked goods only to speed industrial processing. Perhaps this is also another link in the huge allergy epidemic many people experience in the US when they consume baked goods, but not in Europe where more quality and care is given to producing food.

5. White Flour Is A Known Contributor To Diabetes

Diabetes has quickly become a global epidemic, and it is now predicted to become the 7th leading cause of death by the year 2030. The disease is largely caused by a diet high in refined foods (including baked goods made from white flour and artificial sweeteners), not enough fiber, and less than the daily recommendation of unprocessed fruits, vegetables, and leafy greens.

One way white flour is a main contributor to this disease of affluence is that it contains the ingredient alloxan, which is what makes bread look fresh and clean. Studies show, however, that alloxan destroys the beta cells of the pancreas. In fact, the effects of alloxan are so severe, the Textbook of Natural Medicine calls the chemical “a potent beta-cell toxin”.
Unfortunately, the FDA still deems this ingredient to be “safe” and, therefore, companies continue to use it and include it in many foods.

According to research done by Dr. Gary Null, however, which is documented in the Clinicians Handbook of Natural Healing, vitamin E effectively protected lab rats from the harmful effects of administered alloxan. That means, fortunately, that it is possible to reverse the dreadful effects caused by alloxan production.

All in all, refined, white flour is utilized in many products of today because it is cheap. But if there’s anything that should be common sense by now, it should be the understanding that there are no shortcuts in life. It’s quite evident that a diet of processed, refined junk (including white flour, refined sugar and white rice) is devastating to the system.

Now, it’s up to you: choose to transform, or face a future with rising health care costs and a shorter lifespan.