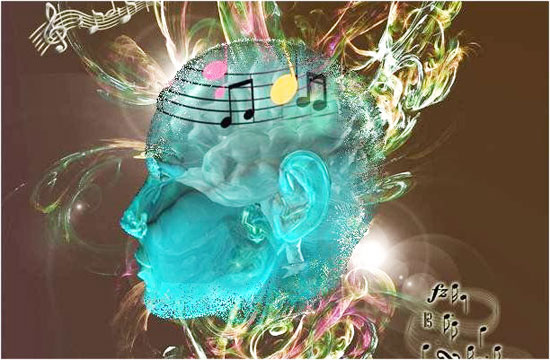 The Mayo Clinic defines depression as: “A mood disorder that causes a persistent feeling of sadness and loss of interest. Also called major depressive disorder or clinical depression, it affects how you feel, think and behave and can lead to a variety of emotional and physical problems.”

More than just a case of feeling sad or “down”, depression can alter your brain chemistry and may sometimes be caused by imbalances in neurotransmitters. It may require medical intervention aimed at normalizing brain chemistry.

Exercise, eating healthy food selected for its mood enhancing effects, medications, counseling and bright light therapy are some of the options suggested by healthcare practitioners. These are options that increase serotonin, endorphins, and the chemicals your brain needs to feel optimistic, or at the very least, not “down”. These neurochemicals are needed to create a good mood.

You can read below about a unique way to achieve all these aims, from the comfort of your own home and requiring only a computer and a set of stereo headphones.

Depression and the hippocampus

There is one more treatment option that is less intrusive, and far more pleasurable. Music and sound therapy. There is evidence showing that music and sound-waves effect structural changes in the brain.

Kari Suzanne Kraus and Barbara Canlon, in studying neuronal connectivity and interactions between the auditory and limbic systems have found that “acoustic experience such as sound, noise, or absence of sound induces structural or functional changes in the central auditory system but can also affect limbic regions such as the amygdala and hippocampus”.

In an article on Medical News Today, it is cited that a smaller hippocampus has been tied to depression. “For the global study – which brings together 15 data sets from Europe, the USA and Australia – the team analyzed MRI brain scans of nearly 9,000 participants: 1,728 with major depression and 7,199 healthy individuals.”

The first main finding confirms that people with major depression have a smaller hippocampus. This finding has profound implications providing evidence that music and sound waves can cause structural changes in the brain, in the areas that are affected by depression.

Sound waves can create new brain wave patterns and can change structures in the brain.

Reinventing yourself through sound

Brain training is a very real possibility. This means you can grow new circuits in your brain by practice. There are two ways the brain learns and makes new connections: learning through study, repetition, and practice; and through experience, using senses and being immersed in a specific environment that stimulates those senses. The end product of this learning process is emotions, feeling, and application of the learned behavior.

Through sound-waves and binaural listening, we can start changing structures in the part of the brain that affects depression.

You can activate and develop synchronizing brainwave patterns through special binaural audio waves that are experienced simply through headphones. Binaural audio will improve the quality of your sleep which is one way to regulate melatonin and dopamine.

The audio is designed to stimulate your brain-waves and the ensuing mental state results in new brainwave patterns. This creates new or renewed emotional landscapes. It will create better rest conditions normalizing your melatonin, which in turn regulates your dopamine levels. These neurotransmitters and brain chemicals are the basis of happy emotions.

Whether we are making a case to explain alterations in mood, feelings, and reactions as learned new behavior or the more complicated case of neuroplasticity and the brain’s ability to join neurons into new connections, it is accepted that you can change your brain, and how it works. It is therefore not only possible but likely that music and sound waves are changing your brainwaves and will alter negative states like depression into beneficial, harmonious states.

Still Consume White Flour? After Reading This, You Won’t…