While zero calorie sodas are promoted to help keep your weight down and be a healthier alternative to sugary soft drinks, you might be surprised to know there have been several studies indicating the weight loss health advantages of diet soda are false. 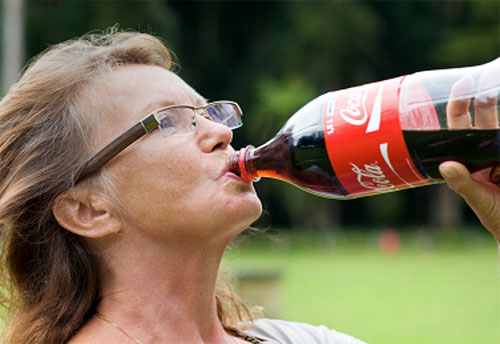 Also, the adverse health effects are usually not publicized. The soda industry puts a lot of money into mainstream media (MSM) advertising. It’s enough to keep MSM from criticizing that industry.

However, there have been several studies indicating many disease probabilities from artificially sweetened beverages. Two recent studies link diet sodas to an increase risk of strokes and heart disease, particularly among older women.

The study Artificially Sweetened Beverages and Stroke, Coronary Heart Disease, and All-Cause Mortality in the Women’s Health Initiative was published on February 14, 2019, by the journal Stroke.

The researchers used data from the Women’s Health Initiative (WHI) cohort, which was originally formed in 1993. At its inception, 161,808 postmenopausal women, aged 50-79, were formed for the purpose of clinical trials to test hormone therapies, dietary modifications, and vitamin D and/or calcium supplementation.
Since then, WHI has made its cohort data available for other studies based on WHI’s approval.

This study is one of them. A large number of researchers from New York, Boston, and Europe analyzed 81,714 of WHI’s database.
The majority of the 81,714 participants (64.1%) were infrequent diet soda consumers ranging from never to less than one per week. Only 5.1 percent of the total 81 thousand plus drank two or more diet sodas per day.

Most of the women included in this study were between 60 and 69 years old. The second largest age group was between 50 and 59 while the others were over 70. Over 85 percent were white, seven percent were black and just over three percent were hispanic.

The average follow-up time with study participants was slightly over 11 years. Within the study’s selected cohort of 81,000 plus: “There was a total of 2838 fatal and nonfatal strokes, 2227 ischemic strokes, 422 hemorrhagic strokes, 3618 CHD [coronary heart disease] events, and 15,005 deaths occurring during follow-up after year 3.
The cumulative incidence rates of all stroke (fatal and nonfatal), ischemic stroke, and CHD were highest for those who consumed the most ASBs [artificially sweetened beverages].”

Underscoring their efforts, the researchers noted with references that recent experimental animal and human studies demonstrated artificial sweeteners can cause glucose insulin resistance, a common precursor or element of diabetes 2.
Aspartame has also been associated and sometimes linked in animal studies with impaired glucose homeostasis and excess insulin.

This paper also mentions saccharin have been linked to weight gain with increased body fat. The irony is that seriously risking health to lose weight or remain slim results in the opposite of desired weight loss and body fat.

The study concluded: “In this study of well-characterized postmenopausal women in the United States, self-reported consumption of ASBs [artificially sweetened beverages] was associated with increased risk of ischemic stroke, CHD [coronary heart disease], and all-cause mortality.
A novel finding of this study is that higher risk was associated with ischemic stroke subtype of SAO (small artery occlusion).” 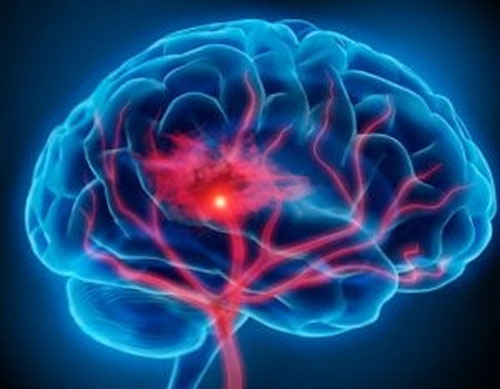 There were cautious comments for this study’s findings explaining the study shows association but not causation. And there was critical condemnation from soda industry spokespersons. They all seemed to ignore the studies referenced by the over one-dozen authors of this study.

And not so oddly, the same chorus of soda and artificial sweetener industry types sang the same refrains after an earlier similar study published in April 2017, also by the journal Stroke.
This epidemiological study used 2,888 male and female participants, 45 percent male 55 percent female, used in the Framingham Heart Study Offspring cohort. This study compared the use of sugary beverages to beverages artificially sweetened.

Perhaps the fact that sugary beverages accepted for the study included fruit juices as well as sodas had something to do with that unexpected result. Of course, that wasn’t the object of their research, which instead led to this: “In conclusion, artificially sweetened soft drink consumption was associated with an increased risk of stroke and dementia. Sugar-sweetened beverages were not associated with an increased risk of such outcomes.

As the consumption of artificially sweetened soft drinks is increasing in the community, along with the prevalence of stroke and dementia, future research is needed to replicate our findings and to investigate the mechanisms underlying the reported associations.”

There shouldn’t be so much equivocation and criticism surrounding the subject of artificially sweetened sodas and other beverages.

American Academy of Neurology President Dr. Ralph Sacco, MD, though not involved with either study, commented on their findings concerning the negative impact of artificially sweetened beverages on neurological and vascular health: “While we cannot show causation, this is a yellow flag to pay attention to these findings … the more you begin to question. The more you begin to feel strongly about the association being real.”