Study: The Time You Wake Up Could Impact Mental Health 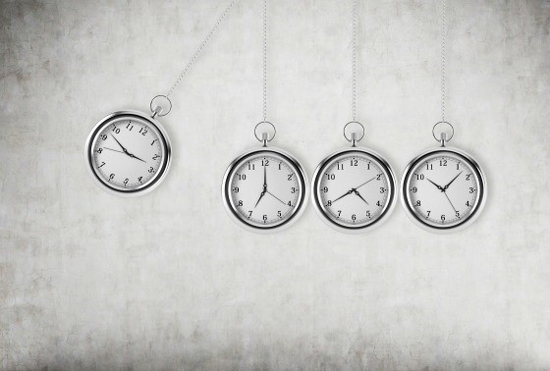 Researchers at the University of Colorado Boulder and The Brigham and Women’s Hospital in Boston have been investigating how the time you wake up could impact your health. So far, they’ve discovered one more reason why early risers are possibly a little more healthy.

Everyone should be aware by now that sleep deprivation is one of the most debilitating conditions a human body can be put through, and many Westerners are chronically sleep deprived. But the timing of when you fall asleep and wake up can also play a role in overall mental health, according to research.

Researchers looked at the data of a set of participants from the Nurses’ Health Study II, an ongoing population study focused on identifying the risk factors for major chronic disease in women. A study of more than 32,000 female nurses published in the Journal of Psychiatric Research explores the link between sleep and wake preferences, when people feel more awake and active, and mood disorders.

To put it quite simply, early birds are less prone to depression and other mood disorders than their night owl counterparts. The study shows that even after accounting for environmental factors like light exposure and work schedules, chronotype (which is in part determined by genetics) appears to at least mildly influence a woman’s depression risk. Other depression risk factors like body weight, physical activity, chronic disease, sleep duration, or night shift work were also assessed. After accounting for these factors, the researchers found that early risers still had a 12-27 percent lower risk of being depressed than intermediate types. Late types had a 6 percent higher risk than intermediate types. The researchers also pointed out that the modest 6% increase was not statistically significant.

“Our results show a modest link between chronotype and depression risk. This could be related to the overlap in genetic pathways associated with chronotype and mood” said lead author Céline Vetter, director of the Circadian and Sleep Epidemiology Laboratory (CASEL) at University of Colorado Boulder .

This isn’t the first study to come to this conclusion either. Previous studies have shown that night owls are twice as likely to suffer from depression than early birds. But because those studies often used data at a single time-point and didn’t account for many other factors that influence depression risk, it has been hard to determine whether depression leads people to stay up later or a late chronotype boosts the risk of depression, according to Medical Xpress.

The researchers found that late chronotypes, or night owls, are also less likely to be married, more likely to live alone and be smokers, and more likely to have erratic sleep patterns. “This tells us that there might be an effect of chronotype on depression risk that is not driven by environmental and lifestyle factors” said Vetter.
“Being an early type seems to be beneficial, and you can influence how early you are” she said. Try to get enough sleep, exercise, spend time outdoors, dim the lights at night, and try to get as much light by day as possible.

In the early 1700s, Ben Franklin said: “Early to bed and early to rise makes a man healthy and wise.” Before that, Aristotle said: “It is well to be up before daybreak, for such habits contribute to health, wealth, and wisdom.”