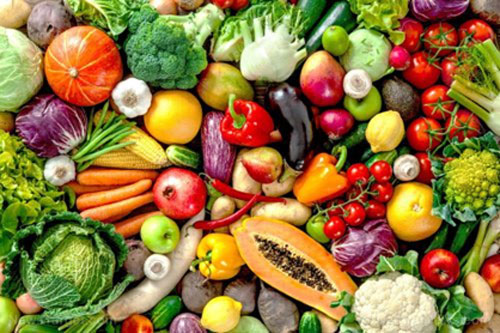 If you’re still on the fence on whether you should be eating organic food, researchers from Australia have you covered: In a study, they found that switching to an organic diet can reduce the body’s pesticide levels by as much as 90 percent.

The study, led by RMIT University in Melbourne, Australia, revealed that people who adopted an organic diet have seen a significant drop in pesticide exposure a week in their diet. In the study, researchers took urine samples from participants who were fed both an organic and a non-organic diet and looked for the presence of dialkyl phosphates, a class of compounds the body produces as it tries to break down organophosphate pesticides.

Organophosphate pesticides are widely used in commercial agriculture to control pests in fruits and vegetables, but they can also be found in flea and tick collars, shampoos, and powders for pets; treatments for head lice; and, no pest strips and pest control products for gardens. Despite their widespread usage, direct exposure to these pesticides carry severe health risks, especially for pregnant women.

In addition, earlier studies have found that ingesting fruits and vegetables that have residual amounts of pesticides like organophosphates can lead to diminished IQs in children, as well as other dietary risks. Other studies have shown that children with high levels of residual pesticides in their bodies are more likely to have attention deficit hyperactivity disorder, known as ADHD.

Pesticides have also been linked to certain types of cancer, with multiple studies identifying both direct and residual exposures as a risk factor for environmentally induced cancer. In particular, organophosphate pesticides can increase the risk of breast cancer, where it can be transferred to babies through breast milk.

Unfortunately, much of the fruits are vegetables lined up in stores are riddled in pesticides. In a recent Dirty Dozen report, the Environmental Working Group (EWG) found conventionally grown strawberries to have the highest levels of pesticide residues, compared to other fruits and vegetables.

Other “offenders” include spinach, which contains the neurotoxic insecticide permethrin; peaches, where the EWG found four pesticide residues, on average; and, grapes, which tested positive residues in 96 percent of its samples.

Going organic without breaking the bank

One of the common misconceptions with organic food is that it’s more expensive than its conventionally grown counterparts. In reality, it takes a few simple tips to transition into an organic diet without having to spend more.

• Go to your local farmers markets. People looking to switch to an organic diet need not look any further than their local market: It’s grown locally, and those who are concerned with how the crops were tended can directly ask the farmers themselves.
• Buy in bulk. You’re bound to get a better discount when you buy more.
• Get produce that are in season. Organic fruits and vegetables are cheaper when they’re in season. For instance, organic strawberries are just under $4 a pound in the spring — a far cry from their $8 a pound price tag during the winter months.
• Don’t be afraid to compare prices. Exploring the market is a great way to learn which shops have better deals than others.
• Plan ahead. Create a meal plan based on in-season produce to save up on cost.
• Grow your own. Planting and growing your own organic food can help you save money in the long run.
• Preserve foods that are in season. Freezing and canning are just some of the ways to preserve fruits and vegetables, especially for the winter.
• Transition gradually. For most people, it takes time to switch to an organic diet — and that’s all right. It’s best to start replacing foods that have the highest amounts of pesticide residues, then move to those that have lower amounts of pesticide residue.