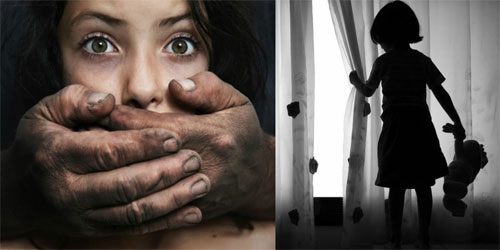 On page 102 of the 230-page report, among other things, Ginsburg recommended lowering the age of consent to 12 years of age and repealing the Mann Act which makes it a felony to engage in interstate transport of “any woman or girl for the purpose of prostitution or debauchery, or for any other immoral purpose.”

The exact quote in its entirety from the report is as follows:
“18 U.S.C. §2032 – Eliminate the phrase ‘carnal knowledge of any female, not his wife who has not attained the age of sixteen years’ and substitute a Federal, sex-neutral definition of the offense patterned after S. 1400 §1633: A person is guilty of an offense if he engages in a sexual act with another person, not his spouse, and (1) compels the other person to participate: (A) by force or (B) by threatening or placing the other person in fear that any person will imminently be subjected to death, serious bodily injury, or kidnapping; (2) has substantially impaired the other person’s power to appraise or control the conduct by administering or employing a drug or intoxicant without the knowledge or against the will of such other person, or by other means; or (3) the other person is, in fact, less than 12 years old.”

On June 1, 2018, USA Today reported on Congressional candidate Nathan Larson of Charlottesville, VA, who publicly took a pro-pedophilia stance. Larson has served 16 months in federal prison for sending a letter to the Secret Service where he openly threatened to kill George W. Bush and Barack Obama.

“In a rambling, hate-filled stream of consciousness he calls his ‘campaign manifesto,’ Larson laid out his views on the world. A fan of Nazi leader Adolf Hitler, Larson said he wants to restore ‘benevolent white supremacy,’ rebuild the patriarchy, eliminate child labor laws and legalize early marriage. He has also advocated for the legalization of incest and child pornography.

When asked if he is a pedophile or just wrote about pedophiliac sex fantasies, Larson told HuffPost ‘It’s a mix of both. When people go over the top there’s a grain of truth to what they say.’”

Larson has also confirmed that he created two websites that provided platforms for pedophiles and misogynists. Larson has obviously been excoriated by virtually everyone who learns of his views. However, Larson represents a milestone in politics by openly advocating for things like pedophilia or men owning women as property.

Some efforts made by government officials to normalize pedophilia began as early as 1978. On February 28, 2014, the Telegraph reported that the United Kingdom’s Former Labour cabinet minister Patricia Hewitt had not only advocated for incest to be legalized, but for the age of consent to be lowered to fourteen with special allowances for cases involving children as young as ten.

According to the Telegraph:
“The document published in the former Labour cabinet minister’s name also called for incest to be legalised.
A National Council for Civil Liberties (NCCL) press release quoted in The Sun issued in Miss Hewitt’s sole name in Mach 1976 read: ‘NCCL proposes that the age of consent should be lowered to 14, with special provision for situations where the partners are close in age or where the consent of a child over ten can be proved.’”

In another article published by the Telegraph, it was reported documents surfaced proving that Patricia Hewitt’s civil rights campaign offered legal advice to pedophiles. At first, Hewitt defended these revelations before finally caving to public pressure and apologizing.

Serial Pedophile with 300-Year-Sentence Set Free, Does Not Have to Register as Sex Offender

On March 2, 2018, Newsweek reported that 46 year old Michael McFadden, convicted for sexually assaulting six children and sentenced to 300 years in prison, was released because his trial was delayed past statutory requirements and courts ruled that he could not be retried. He was released from custody and does not have to register as a sex offender because his convictions were ultimately vacated.

On March 11, 2018, The Kansas City Star reported on a loophole in statutory rape cases whereby adults can marry minors in Missouri, a state without a minimum age requirement for children to get married. The article elaborated that over 1,000 children have been wed in Missouri since 1999. Moreover, no other state possesses more lax statutes for child marriage consideration. 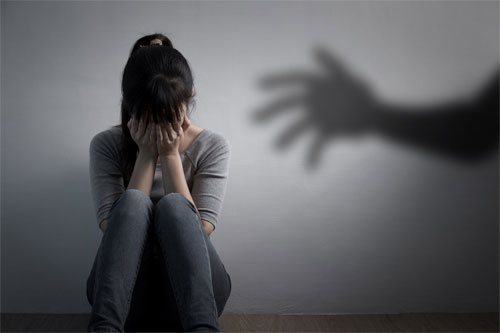 According to the article:
“Every other state requires some combination of a judge’s order, parents’ permission, premarital counseling or proof of pregnancy. Some flat-out prohibit marriages so young. But in Missouri, brides and grooms as young as 15 can marry with no more than the single approving swipe of their parent’s pen, even if the other parent objects.
Even children ages 14, 13, 12 or younger can marry in Missouri, as it remains one of 25 states with no minimum age requirement, although at 14 or younger, a judge must approve.”

The Kansas City Star should be applauded for the work they have done to expose this issue in many articles. The media outlet takes a firm stance against underage marriage and has published exemplary research on the matter. According to a 2012 report by the CDC, barely 50 percent of teen marriages last a decade.

Fraidy Reiss is the founder and executive director of Unchained at Last, a national organization campaigning to make 18 the minimum marital age in every state, with no exceptions. When asked about the right for children to get married, she replied:
“It’s like taking somebody, blindfolding her, taping up her mouth, tying her hands behind her back, tying her ankles together and then throwing her into the pool and saying, ‘We’re giving her the right to swim.’”

On February 6, 2018, Tuscaloosa News provided updated details surrounding the arrest of the teacher, 31 year old, Charli Parker. According to the article, both Parker and her husband were arrested for having sex with minors. In her case, she had sex with two 16 year old students separately, one of whom she engaged in sex with thirteen times. Her husband pleaded guilty to having sex with a former student six times.

On August 3, 2018, The Philly Voice broke the story of the U.S. District Judge in Philadelphia who reversed U.S. Code Title 18 Section 2257 which required pornography producers to maintain stringent records of the ages of performers for federal agents to inspect to hold the industry accountable and prohibit underage performers from being filmed.

France to Lower Age of Consent

On May 17, 2018, France’s National Assembly vetoed a bill that would establish an official age of sexual consent at 15 years of age. While the lower house of Parliament voted on a bill to create stricter laws to protect the welfare of children in rape cases, lawmakers did not pass the bill to law. Due to the absence of an age of consent, French law prosecutes pedophilia the same way it prosecutes sexual assault.

Facebook Asks Users: “Should Pedophiles Be Allowed on Our Platform?”

On March 5, 2018, The Guardian reported on Facebook’s admission that it intentionally released a survey asking its users whether or not the social media platform should allow men who solicit children for sexual images to remain on the platform or whether it should ban such users. Facebook has since admitted that it was a “mistake” to release this survey.

According to The Guardian, the question said:
“In thinking about an ideal world where you could set Facebook’s policies, how would you handle the following: a private message in which an adult man asks a 14-year-old girl for sexual pictures. The options available to respondents ranged from ‘this content should not be allowed on Facebook, and no one should be able to see it’ to ‘this content should be allowed on Facebook, and I would not mind seeing it’.”

On July 8, 2018, Instinct Magazine brought attention to a new organization called The Prevention Project. The stated goal of the organization is,
“…to ensure that individuals with an attraction to minors do not act on these attractions, but instead learn healthy tools to remain safe in our communities. Therefore, we provide preventive-interventions to all MAPs.”

Although the website specifically states that the organization is not attempting to normalize pedophilia, it has popularized the acronym MAP for Minor Attracted Persons. Moreover, the website refers so-called MAPs to the organization Virtuous Pedophiles, which we have exposed as being not living up to its name in previous presentations on this channel. 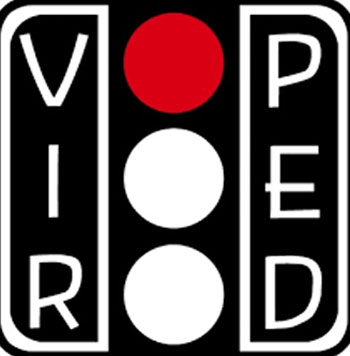 “These terms define an ‘attraction’ not a ‘behavior.’ By using these terms we under no circumstances are condoning or accepting the sexual abuse of children.”

According to Instinct Magazine, the individuals in the MAPs movement have created their own versions of pride flags, similar to the rainbow flags used by the gay community only made of pastel colors like what most people would associate with babies.

On May 5, 2018, a TEDx Talk hosted by the University of Würzburg featured a guest speaker Mirjam Heine who was a medical student making a plea to the audience to sympathize with the psychosocial struggle of pedophiles. The lecture entitled “Why our perception of pedophilia has to change” was quickly removed from the official TED Talk website after a public uproar on the internet brought a firestorm of attention to the video.

The TED organization has done everything to distance itself from Mirjam Heine and released the following statement on its website:
“After reviewing the talk, we believe it cites research in ways that are open to serious misinterpretation. This led some viewers to interpret the talk as an argument in favor of an illegal and harmful practice. TED would like to make clear that it does not promote pedophilia.

In the TEDx talk, a speaker described pedophilia as a condition some people are born with, and suggested that if we recognize it as such, we can do more to prevent those people from acting on their instincts and harming children.
This field of science is developing, and the definition of the condition is just one of many points that are in debate across the global scientific community (and even in standard reference works).

While there is much debate around this field, scholars in the field are united in their wish to keep children from coming to harm – as the speaker makes clear in her own talk, saying ‘Let me be very clear here. Abusing children is wrong without any doubt.’

TEDx events are organized independently from the main annual TED conference, with some 3,500 events held every year in more than 100 countries. Our nonprofit TED organization does not control TEDx events’ content.”