The Secret and Hidden Agenda of English Language: Why Many Words Are Magic Spells (2) 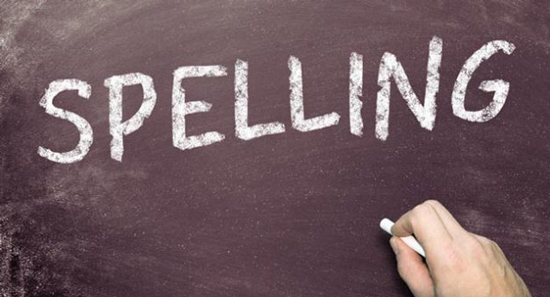 The letter “s” is used in English to denote “possession”, which is Satan’s specialty, by placing it at the end of a word with an apostrophe. Plurality or the concept of multiplication or creation, is achieved by appending an “s” or “es” to a word.

These two facts, coupled with the sheer number of words in our language means the “S” sound is one of the most, if not single most, frequently uttered sounds in our speech.

Although the vowels are used frequently, they have more than one sound associated with them, a long and short sound.

There are probably more “es”-ses used in our speech than any other sound. Virtually every sentence we speak contains one or more of these hissing sounds. It would not be accurate to say we sound like hissing snakes when we speak, but our incessant hissing probably reminds us of it at some level subconsciously.

Not only does the letter “S” physically represent the snake or serpent, phonetically it even sounds like a snake! It sounds exactly like the hissing sound a snake makes – sssssssss – when it “shakes” its tail. The word hiss even ends in a double-s.

And, of course, the words snake and serpent are both s-words as well as Satan, who the Bible says took the form of a snake. He was said to have told mankind a secret – that man would not die if he ate of the fruit.

Money is said to be the root of all evil. Not only does the “S” look like a snake (Satan), and sound like a snake, which is known for shedding its skin, but many words that begin with the letter “s” have a negative connotation associated with them. That is why they can be considered s-words, or swords, because they can kill and injure like a sword.

These s-words are a seal or stamp associated with Satan, Satan’s Slang or s-lang. The word lang is defined in the dictionary as an abbreviation for the word “language”.

Satan, the snake or serpent also known as Set, slithers about striving to snatch, steal, or strip us of our souls or spirits and is obsessed with possessing or seizing them.
He, or she, is subtle, sly, sneaky, slick, slippery, scaly, secretive, scary, spins, spirals or screws into your soul and possesses you and seizes your spirit.

Speech is his peach and when we speak, Satan is at his peak as far as deception is concerned. The words “possesses”, “obsesses”, “seizes” contain a multiple s-sound and are words pertaining to control.

The suffix “-ness” also means a state of being, like loneliness or business. It’s interesting that the Loch Ness in Scotland is said to contain a serpent creature named “Nessie” which nests there.

Yes, Satan certainly is a “Busy Ness” when it comes to the business world and show business. And he specializes in monkey business. One should keep this in mind before wishing for good-ness. 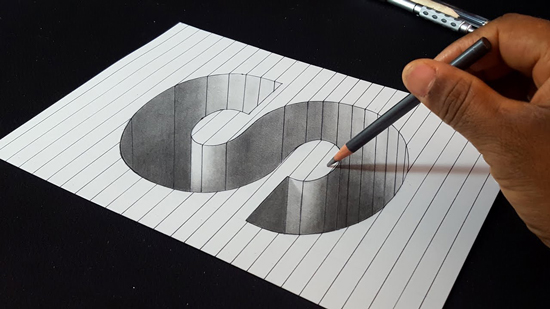 “S**t!” I, mean, “Sheesh!” It is not easy to think of positive s-words and double “ss” words are even worse. The swastika resembles two esses and the word “swastika” has two of them in number.

The Nazis had the “SS” and the “ss” logo which looked like lightening bolts.
The far reaching extent in which the spell our language has cast on us can be seen in the everyday usage of cliché. Our languages are saturated with what we like to call killer words and phrases because that’s what they do. Englishmen use the word “bloody” all the time… “bloody” well right, they do!!! Some women are considered “drop dead” gorgeous… and when they are “dressed to kill”, they are “to die for”.

“She was a dead ringer for Marilyn Monroe.”
“If looks could kill they would, because she will take your breath away.”
“Wouldn’t you just kill for a date with her?”
“Sometimes she really gets under my skin and burns me up, but if anyone tries to hurt her, they would have to go over my dead body because I will punch their lights out if they get near her. I’m serious as a heart attack. I’m dead serious.”

“She can be as mean as a snake at times, but she really knew how to kill ‘em with kindness. I was dead set for her. I could have just died right there. I mean, I felt like I had just died and gone to heaven.”

“Eat your heart out. She was a live wire, but at least I would go out in a blaze of glory.”
“I don’t want to beat a dead horse, but she really took me for a ride. Of course, I wore my heart on my sleeve the whole time, but I was scared to death I might lose her because you really have to keep your eyes peeled to find a good one. Not to be a killjoy, but I’m dead to the world around most women, dead as a doorknob.”

That was overkill and painful to read, but it did make a point. Think about the terms we use when we wish good luck to others. “Break a leg, kid!” or “Knock ‘em dead!” Or if someone borrows something from us we say, “Go ahead, knock yourself out.” Even time is not immune to our sadistic ways… “time to kill”, “just killing time”.

Why does the American dollar bill (known as a buck) have an Egyptian pyramid on its reverse side accompanied by the Latin phrase “Anuuit Coeptis Novus Ordo Seclorum” which can be translated “Announcing the Birth of a New World Order”?

Why does the American military wear a chevron as an insignia patch when the word derives from the French word chevre, which means “goat”, and On, the Egyptian City of the Sun?

Why do we have company and product names like Chevron, Capri Sun, Shiner Bock, Star Bucks, and Sears and Roebuck? What is a Sun Kist or a Star Kist? Why are sports contests called ball games and why do we idolize rock stars such as Kid Rock?
The genre of Horror films possesses other “creature features” with “It” in the title. There was “It Lives!”, “It Lives Again”, “It Came From the Sea”, “It Came From Outer Space”, and “It’s Alive!” which is the expression Doctor Frankenstein made famous when he brought his monster to life.

From the time we were young, we have been told over and over again that IT is a scary creature that this association has become deeply embedded within the recesses of our mind.

On the Adamms Family, Cousin Itt was a monster. Itt communicated via a high speed gibberish that only members of the Addams family seemed to understand.

Cousin Itt’s voice was provided by sound-effects engineer Tony Magro, who created Itt’s garbled responses by mouthing gibberish into a tape recorder, with a “ppffft and a thhhhhttt” added for good measure, and then accelerating the tape’s recording speed.

The eyes have it. What do the eyes have? What or who is it? The eyes are the windows to the soul. In Saturday Night Live, Dana Carvey played the Church Lady who asked: “Could IT be… Satan?”

That IT refers to Satan can be seen in the phrase “when It rains, It pours”. Satan, the goat deity, is also known as Pan, the Piper. The word gote, a variant spelling of goat, means a channel or pipe for water and comes from the Old English word geotan which means “to pour”! So “when It reigns, It pours”. 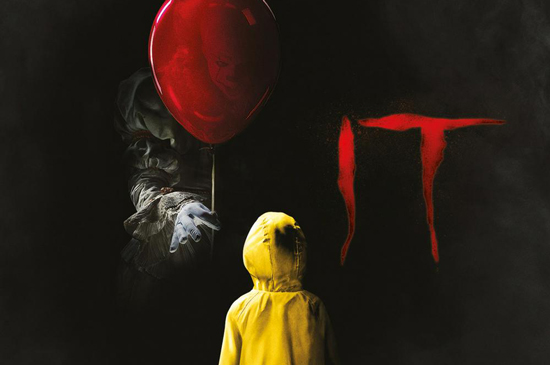 When children play hide and seek, someone always has to be “it”. All the other children run and hide from whoever’s “it”. “It” then goes roaming around trying to find and capture whoever’s not “it”. When someone is found they are tagged as the new “it” ‒ “Tag, you’re it!”

The Beatles’ Paul McCartney said the idea for the song “Let it Be” came to him in a dream. He chants the line over and over and we all sing along almost willing it into existence.

Every time the song is played on the radio, thousands and thousands are sending forth thought and sound vibrations into the air. We use the word “it” in our language over and over all the time. Could it be possible to manifest a creature from the id, or from the subconscious? Think of these songs: Bread’s “Make it with you”…

The Scorpions “Make it Real”:
“…Make it real, not fantasy
Did you ever have a secret yearning?
Don’t you know it could come true?
Now’s the time to set wheels turning
To open up your life for you
As you know there’s always good and evil
Make your choice, don’t be blind
Open up your mind and don’t be trivial
There’s a whole new world to find
Make it real, not fantasy…”

How about songs like Mariah Carey’s “Make It Happen” or Bread’s “Make It with You”? Star Trek’s Captain Picard says “Make it so”. Nike inundates us with the “Just Do It” slogan and the swoosh logo.

People do things “just for the hell of it”. Believe it. Keep it real. To hell with it!!! Keep it up. Let it ride. Pass it on. Get with it. Are you with it? Go for it. Hop to it. Bring it on. Get it together. Play it again, Sam. There’s something to it. Check it out. Figure it out. I love it!! When someone dies, “I guess that was it”.

Live it up. Let it go. Do you get it? I get it! How’s it going? It’s going good! How’s it hanging? Don’t let it end. Who can it be now? It’s a wonderful life (the “I deal” life). Let’s make it last. You’ve got it made. Give it a try. Grin and bear it. It just so happens. Leave it alone. Give it a rest. How sweet it is. It’s what you make it. I can see it in your eyes. Get it together. What is it? Get over it. The devil made me do it. Whatever it takes. Now you see it, now you don’t. Cut it out. Whoomp, there it is.

I’m not going to stand for it. Take it away boys. It looks so real. Say it ain’t so. Give it up. It could happen to you. It can’t be true (it always lies). I can feel it in my bones. It’s a mystery. Give it everything you’ve got. 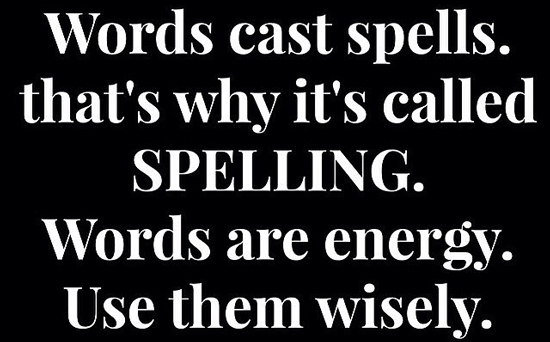 It’s all in your head. I can’t get it out of my head. It’s in the way that you use it. Get it, got it? Good. Could it be? Don’t even try it. Sit on it.
The Energizer bunny took the world by storm in one of the best advertising campaigns in history.

The slogan which was for batteries that create energy was “It keeps going and going…” and became a household phrase for many years. Alka Seltzer encourages us to “Try it, you’ll like it!” Compaq asks the question, “Has it changed your life yet?” And American Express admonishes us to “Don’t Leave Home without It.”
The company Sobe had this ad on their web site encouraging us to “get it up” and to “keep it up”.