The Secret To An Accelerated Conscious Awakening 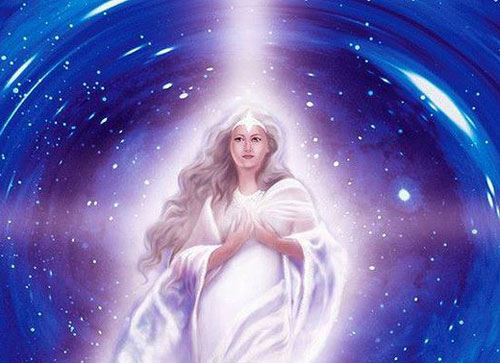 Are you in the midst of a conscious awakening?
Contrary to often popular opinion, although many people can reference the “start” of their awakening, an awakening is an ongoing process. Being consciously “awake” isn’t an ending. Rather awakening is a never-ending process of becoming more consciously awake as we go along.

With all of this being said, there are a few secrets to experiencing an “accelerated” conscious awakening. By this means that there are a few ways you can speed up the process of learning, understanding and growing consciously.

The secret is to EMBRACE POLARITY. What is polarity?

Polarity is a principle that governs the universe. The principle of polarity states that everything has it’s opposite.

For instance, there are hot and cold, strong and weak, rich and poor, awake and asleep, and so on. Every argument has two sides. As you also already know, every question has its answer and every action has its equal and opposite reaction.

Polarity is persistent, consistent and omnipresent in everything we experience. Why embrace polarity?

One of the big overall limitations of living in this dimension of time in space is that we often fight against polarity, rather than accept it as an inevitability.

For example, when we are in an argument we often become convinced that our side of the debate is the “right” side. Instead of embracing the opposing side as a natural part of existence, we push against it.

When we push against another’s opinion or belief system, we miss out on an opportunity to understand and appreciate the opposite side. Another problem with pushing against polarity is that we end up expressing exactly what we are pushing against.
For example, when we get mad at people for lacking compassion, we ourselves demonstrate a lack of compassion. Instead of embracing and sharing compassionate with the intolerant, we ourselves become intolerant.

In our strong dislike for bad drivers, we tend towards road rage, causing us to become (you guessed it) bad drivers ourselves!

So even our very best intentions to spread love and light can become thwarted when we refuse to embrace the other side of the coin. The more we fight against the opposite side, the less we embrace precisely what it is we want (things like peace, compassion, and understanding). 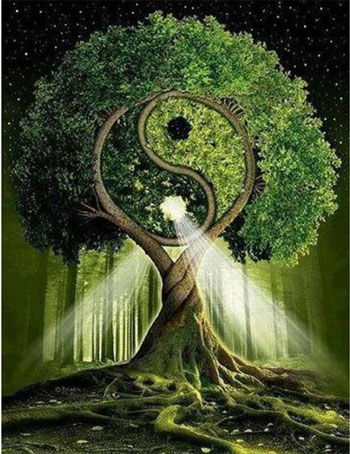 When we make a conscious choice to accept the opposing side, rather than fight against it, something very interesting happens. We learn there is nothing to fear, and we truly start to accept and appreciate more and more aspects of reality and humanity.

Those who think, speak and act differently than us actually do have positive sides to their actions. When we choose to accept the opposite side of polarity, we allow ourselves to witness the light side that exists in the dark.

Instead of seeing someone as just being a “bad” person, we learn that he is a benefit to all of us in some way, shape or form. We accept his multidimensionality, and allow ourselves to see the good that exists within him.

Beyond this, the more we accept and appreciate polarity, the better we feel, the higher our vibrations rise and the greater our capacity to consciously manifest our reality grows.

When we accept and appreciate polarity, our awareness grows at an astounding rate. We become unencumbered by fear, limitation and struggle.

Make peace with light and dark.
Try to reach for acceptance over resistance, and realize that whenever you feel fearful or upset, there’s nothing actually wrong. The only thing causing you pain is that you haven’t yet accepted the opposite side of polarity in the issue.

As long as you continue to resist the polarity, you will keep yourself from ascending to the next level of understanding. When instead you choose to accept the polarity your awareness will grow ever-more expansive.

Almost every person and situation contains good and bad, right and wrong, light and dark, positive and negative. Instead of pushing against the side you perceive as a threat, accept it is an inevitability and set your sights on looking for the light.

When we accept the dual nature that exist inside of all of us we allow everyone to be as they are, but we operate from a true place of compassion. We seek to understand, we love others, and we unify with the whole of our reality.

Embrace more of the polarity as you are able, and your conscious awakening will grow and expand in amazing ways. Accept the dark with wisdom, and you’ll let in more of the light.

Mum Of Gardasil-Injured daughter Takes On ‘Haters’ And Says: “I Am NOT Working A Scam!”