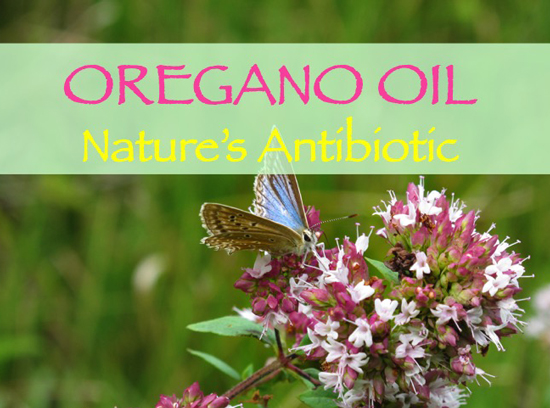 “Here’s why vaccines are unnecessary: they are merely given purportedly to immunize against, or shall it be said ‘prevent’ certain diseases, most of which are rarely fatal in first world countries. These are mostly transitory viral conditions. There are safer, less invasive answers.

Wild oregano oil is a key alternative. If it is from a truly wild source, then, it can be taken aggressively: as much as needed. Yet, for the typically immunized conditions only a modest amount is necessary, for instance, for chicken pox, measles, and mumps: a few drops several times daily.

Wild oregano oil can also be rubbed topically on the feet, shins, and upper chest. It can even be used topically on newborns and infants. Babies and toddlers can take a tiny amount internally, like a drop or two twice daily. In this regard it is far safer than all standard drugs, like antibiotics, cough syrups, and even infant vitamins.” – Dr. Cass, Ingram researcher, speaker and author of 34 books.

Yes, some very big claims are being made here, and when we have been told for so many years that diseases are only prevented by vaccines, this may be incredulous to believe.
However, could there be a lot of truth to this? Are vaccines the only answer for keeping infectious diseases, viruses, bacterial infections and super bugs at bay?
The industry is predicted to be worth 61 Billion – and that is regarding its profits – by the year 2020.

Could there be something far more effective, which is safe when used correctly and doesn’t cost much money? Could there be something we can use at home that has zero risk of death? Vaccines certainly don’t offer us that, as death is actually a listed possible side effect on vaccine inserts.
We must also ask, with all of our medical “advancements” and the amount of drugs that people are taking, why then is our world full of incredibly sick adults and children, who are predicted to not live as long as their parents do today?
We can now easily say that most people today do not have “real health” so what we are doing for most on the planet today is simply just not working.

Our future is in real danger collectively, and the shocking rise of cancer and auto-immune disorders that have seemed to happen to us very fast – too fast for it to be blamed entirely on genes.
A growing body of scientists, doctors and parents say that vaccines are not the answer to keep people disease free, and are instead overloading our immune systems and causing poor health.

We can look at history and see how people lived back in the 1700 – 1900’s, when they did die very young. Many infants died at birth and those that did survive, often did not make it to adulthood.
If you take a look at old photographs (like the one below), many people back then lived in cramped, dirty conditions with far too many living in one tiny cramped room. Some of these rooms had none, or barely any, sunlight coming in, and their lavatories were often overflowing with human waste. 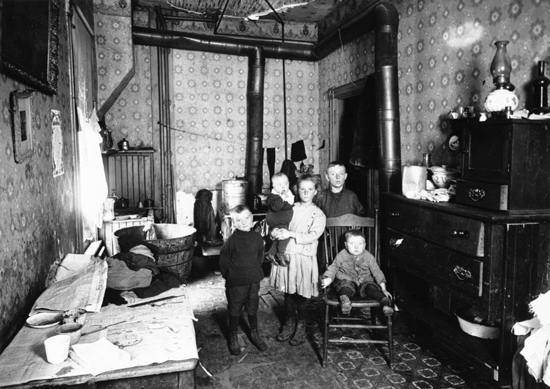 But what changed? What caused the death rate to vastly improve? Author and historian Leslie Albrecht Huber, had this to say about what the main cause was the improvement of diet and living conditions lowering death rates: “However, most historians feel that improvements in living conditions, particularly improvements in the diets of the lower class, may have had an even greater impact. Improved nutrition kept people healthier. The introduction of the potato helped lengthen life spans. The potato provided peasants with a cheap, healthy, mostly dependable food that became a staple in many of their diets. In addition, more knowledge about hygiene and public sanitation lowered death rates, especially in the cities.”

Regarding small pox, it’s interesting to know that London’s first public green, Victoria Park, was developed due to fears diseases would start spreading out from the slums (where the inhabitants did not get much fresh air) to the areas where the wealthy lived. “A park would diminish the annual deaths by several thousands, and add several years to the lives of the entire population”, claimed sanitary reformer William Farr.

The Condition of the Terrain, Not the Germ, Wipes Out People

No one would deny that those poor, cramped and dirty living conditions would not have been at all healthy.
Those conditions are very much like the third world of today, where the average person does not have access to running water, clean houses, toilets or adequate food, and are often also living close to so many other people who live in the same dirty conditions. It is why these third world countries still have high rate of deaths due to disease.

Today, many of the public aren’t aware that the alarming death rate figures from disease they hear about are often used to scare people who live in first world countries into believing these diseases really are still a huge problem for all of us, and that they should only rely on vaccines to stay healthy. Scare tactics often get people to comply with an agenda.

However, with more and more people choosing not to vaccinate themselves or their children, it’s still very wise to never ignore the fact that disease and viruses can indeed be a very serious problem for some.
Therefore, we have to know what can we take that is effective for keeping disease, viruses and superbugs at bay?

In this article we present some of the wonderful benefits of using wild oregano oil as a medicine, which actually has a very long history of use throughout the ages. You may be comforted to know there is a lot of science (interestingly, some research carried out by the FDA, USDA and even the Pentagon) to back up this information.

This oil is a must have for your own first aid kit and you don’t need to fear disease, viruses and super bugs if you know what it has been proven to do and how to use it.
This article will also introduce you to the brilliant work of Dr. Cass Ingram, an osteopathic physician, who has been a pioneer in the field of Wild Oregano Oil. There seems to be no one alive today that knows more about wild oregano than he.

If the world started using this oil to treat their health conditions, and if hospitals also started using it, we would change the face of medicine and health of the world, literally overnight. This is why this miraculous substance is quite possibly the biggest threat to pharmaceutical companies, so they do not want you learning about what this oil can do.
Drugs, and vaccines included, all have side effects, with some being deadly, whilst oregano oil has killed not one single person. With the pharmaceutical industry being worth many billions of dollars each year (sometimes that profit is just for one medicine alone), a bottle of good quality wild oregano oil can set you back approximately $30 dollars and may last you a few months. It literally has an A-Z of uses, which means it would stop you from needing to spend money on other medicines.

Compare this small price, to that of the high price of drugs today (the market exceeded 1 trillion dollars in 2014 alone) and we can see why the drug industry does not want you to know about this natural medicine.
Wild oregano oil can be used to treat whooping-cough, meningitis, the flu, fungal infections, tropical diseases, respiratory issues plus a lot more.
At the bottom of this article you will find a helpful guide on how to use the oil for children of different ages and for adults. It is a long article, but you will see how much evidence there is for using wild oregano oil.

Oregano Oil Surpasses Antibiotics and Has No Resistance 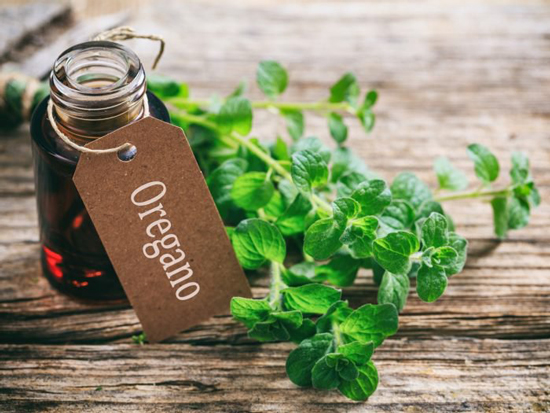 It’s now commonly known amongst most doctors that antibiotics aren’t working very well these days, and the over prescribing of them have caused serious harm to people’s immune systems. Ex CDC Director Dr. Arjun Srinivasan had this to say about the antibiotic crisis: “We’re in the post-antibiotic era. There are patients for whom we have no therapy, and we are literally in a position of having a patient in bed who has an infection, something five years ago even we could have treated, but now we can’t.”

This is very concerning indeed, but what is most concerning is that it does not have to be this way. We have an affordable and highly effective solution at our fingertips.

MRSA (methicillin-resistant Staphylococcus aureus), a type of bacteria known as a “superbug”, can prove deadly in some people, and is now resistant to antibiotics. Worryingly, many people actually develop this whilst they are in hospital where they were admitted for other health reasons.
It’s comforting to know that Oregano Oil (and its component carvacrol) has been shown in numerous studies to wipe out MSRA. Scientists at the University of West Of England said it contains powerful anti-fungal and anti-bacterial properties and has a long list of medicinal uses. Tiny doses (less than 1-1000) were shown to wipe out MRSA.

With this information, why then have hospitals globally not jumped at the chance to use oregano oil instead of continuing to use expensive antibiotics that just don’t really work well and are actually causing deaths in some cases? It is estimated that 50,000 people in Canada and the USA alone die each year from MRSA. If things keep going the way they are, some estimate MRSA could kill at least ten million people by the year 2050.

It begs the question, is the medical industry really doing the best it can for people?

Wild Oregano oil wipes out ALL bacteria. Georgetown University showed in a study that oregano oil wiped out five tough bacteria such as staph, klebsiella, mycobacterium, E.coli and even anthrax! Where are the studies showing that antibiotics do that? Italian researchers also found that oregano oil killed 13 types of bacteria.