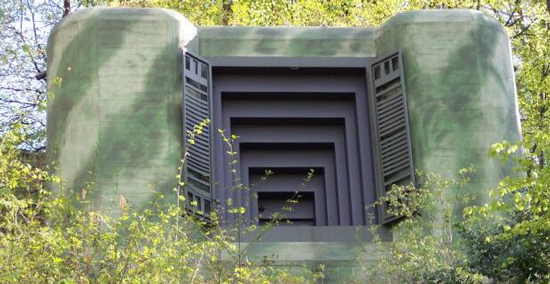 World War III will likely be a nuclear war, involving nuclear warfare, nuclear warheads being launched with launch codes and nuclear bombs being detonated all over the world causing a nuclear winter of apocalyptic proportions.

At the time, as most people are taught that everything is normal, the population of the Earth is on the right path of progress, a number of governments and wealthy elites build underground shelters “just in case”.

The story of the underground structures that were to conceal the political, military elite in the event of a nuclear war or massive air strikes has a long-standing history. Back in the 30s, the USSR began to build, under the capital, a system of underground structures including bunkers (some of which were placed next to the Metropolitan Municipal Institute), an underground highway and railway branch, part of the overall system was, and Capital Metro. This system is referred to as “Metro-2”. Russian elite had a few minutes to be evacuated beyond the town, in the event of war. 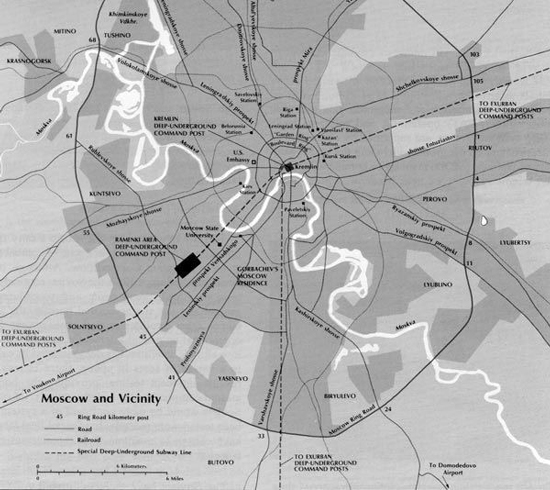 Then this system improved in the current time. The depth of the bunkers is 50-200 meters. Such structures have being built also in Pyongyang, Beijing, Washington.

Another object which was built later and apparently still exists today is Beloretsk-16 (previously Ufa-105), a closed administrative-territorial formation in the Ural Mountains. From the 70s, under the Yamantau (“bad, evil mountain”) a secret “city” was being built. This is a mountain range in Bashkortostan, Big Yamantau (1,640 meters, the highest point of the Southern Urals) and the Small Yamantau (1,510 meters). It is located in the countryside of the South Ural reserve.

The underground city (also referred to as “the Putin bunker”) can provide an autonomous existence, for a few months, to 300,000 people, having even cars and railways. It is believed that the facility was completed in 2003-2004 and then mothballed.

There is a perception that Putin visited it, when he was in Abzakovo ski resort, located 60 km from the mountain.

The purpose of the underground facility is not clear. There are different versions:
– it was initially built as a refuge for Russian people, then Russian elite, in the event of a nuclear war;
– it is one of the hidden sites of the Strategic Rocket Forces mission, part of the “Perimeter” (known in the West as the “dead hand”);
– it is the replacement capital of Russian Federation in the event of disaster of global significance, different scenarios (the tragic floods, changing the Earth’s axis, global cooling, global war etc.), which often sounded by means of the media. 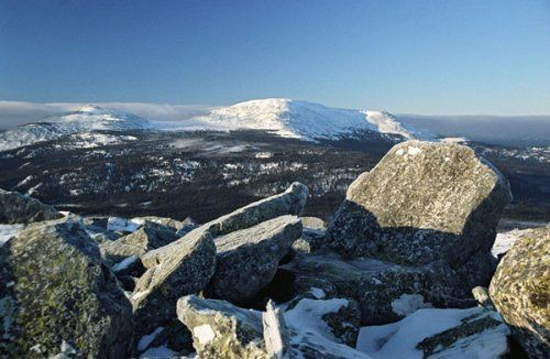 Why the Chinese are getting ready?

From 1999-2001, China implemented a large-scale program of underground construction, according to the official legend of the “earthquake harbor”. Although it is clear that the Chinese elite increases resistance to nuclear attack. So only in Beijing, by 2009, about 15 bunkers were built, that are rated for 200,000 people. In Nanjing an entire underground city was built, able to take 6-7,000 people, with an area up to 17 hectares, and it can exist independently one month. Such activities are held throughout China, all provinces and large cities: in Sichuan Province, 35 shelters were built, able to accommodate up to 1.1 million people.

In addition, the Chinese military invests huge efforts to strengthen the defense power, the project unofficially being dubbed “Underground State Wall of China”. According to media, China is building a large network of underground tunnels in in the north province of Hebei. On the construction of the century, which has been going on since 1995, were mobilized tens of thousands of Chinese men. Until now, builders have been able to make some of the deepest and longest underground tunnels. Some say the underground shelters are planned to hide and secretly move their intercontinental ballistic missiles. These intercontinental ballistic missiles are owned by the PLA (People’s Liberation Army) Second Artillery Battalion, and are an important part of China’s nuclear arsenal.

According to Chinese media, tunnels have a depth of several hundred meters and stretch for miles. Chinese military eventually plan to make an interconnected network of tunnels and the total length of the entire system should be more than 5,000 kilometers.

Experts believe that from the military point of view, a network of underground tunnels will increase the chances of retaining at least part of the nuclear potential when the enemy will be able to strike first with nuclear weapons. Surviving in underground tunnels and serving their unit, military will be able to fight back using the nuclear missile attack on the enemy. Chinese elite, apparently, specifically leaking information that China has such projects, use the strategy of “containment” which can keep potential enemies off the temptation to start a nuclear apocalypse first. A similar principle of “mutual assured destruction” during the so-called Cold War was applied in relations between the Russian Union and the United States.

But the scale of the construction is alarming. Beijing worries about the ability of the U.S. Navy and Air Force to strike with precision tools, as well as for US ability to attack China’s economy, which has built over the years of reform. More than 80% of China’s modern companies embodying economic power of China, are located in the coastal provinces, in other words, they are very vulnerable to attack from the sea directions. Beijing is trying to expand the capacity of its own Navy, so that the Chinese can better protect their coast. 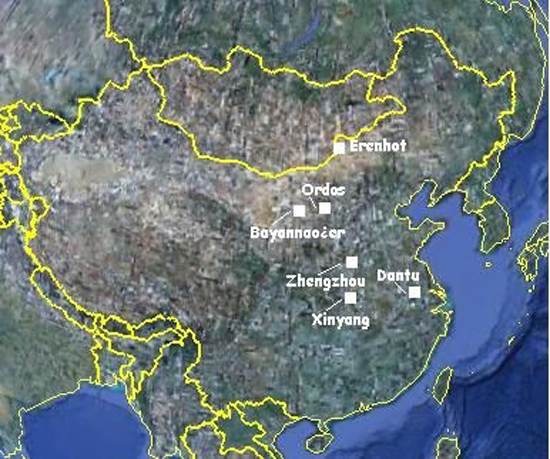 Another large-scale project of China is the construction of “ghost cities”. In China, there are towns with almost no population: the billions of dollars spent on the construction of the tremendous development consisting of office skyscrapers, government and residential buildings, all connected by a network of empty roads. Some ghost cities are located in the most inhospitable areas of the People’s Republic of China. According to one theory, these are the “insurance” in case of death of the coastal provinces in the event of natural or man-made apocalypse. 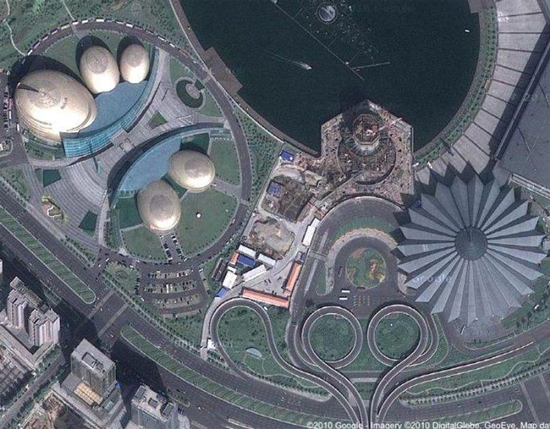 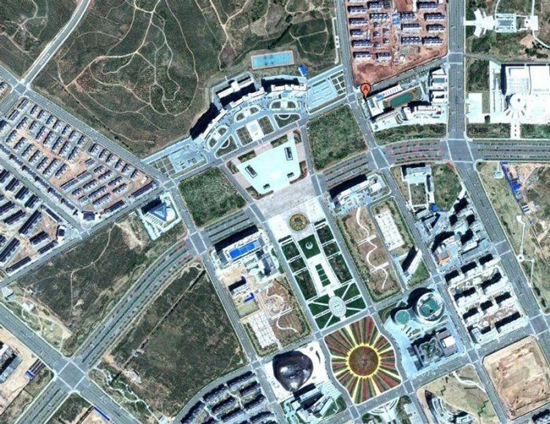 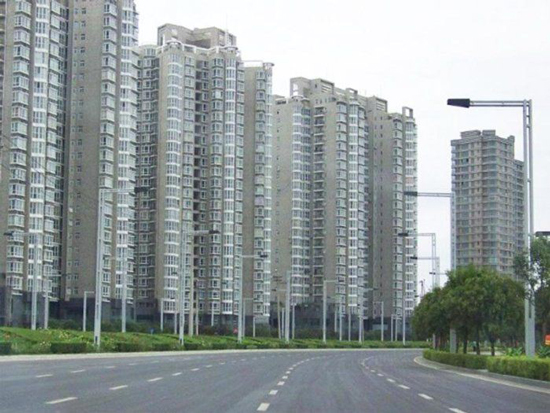 “Thus says the Lord of Hosts (armies): Behold, disaster shall go forth from nation to nation… And at that Day it shall be from one end of the Earth to the other end of the Earth…” – Jeremiah 25:27-38
We read the Apocalypse but nobody acknowledges the truth: It’s not a mythical event. We are living it.

Some oligarchs are building large shelters abroad, as billionaire Elena Baturina, wife of former ex-mayor of Moscow, Yuri Luzhkov, who in 2008 bought for 50 million pounds the largest private home in London. At that time the building was under construction, with a real underground complex, having a cinema, a swimming pool and parking for 24 cars.

Roman Abramovich is apparently preparing to survive a global cataclysm in the oceans. In 2007, Abramovich bought in the U.S. for 100 million dollars submarine Phoenix 1000, which is able to survive under water a global nuclear war. This submarine length of 65 meters is capable of diving to a depth of 350 meters, and has the capacity of autonomy for the entire crew for a month. Besides this, he actually bought a flotilla of yachts and submarines and according to one theory, it is believed that the real owners are the top politicians of the Russian Federation and members of the British royal family.

The New Eden. U.S.-Soviet Conflict: Nobody Wins a Nuclear War But “Success” is Possible 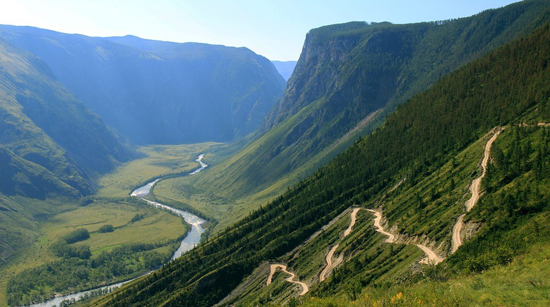 There are reports that in case of a global catastrophe of natural character, Altai Republic, in Western Siberia, will be one of the less affected regions of the planet. In 2007, the building of “Altai Compound” began, which officially belongs to Gazprom. The cost of construction of this residence was about 3 billion rubles. The plan was to build a 21-kilometer highway with tunnels. The property was visited by Putin before construction started, and also by other members of the Russian elite: Foreign Minister Sergei Lavrov, State Duma Speaker Boris Gryzlov, Minister of Transport Igor Levitin, Anatoly Chubais, Herman Gref and many others. 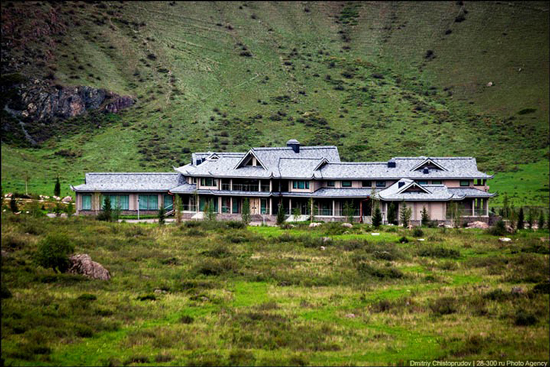 The Altai property of Gazprom

According to some reports, in the area of the Altai started the “New Eden” Project, in which not only the Russian political and business elite is involved, but foreign companies as well. An entire system of residences, underground shelters, bunkers, stores, mini-power plants, was created for the accommodation of several tens of thousands of people from the “elite” and the attendants. In addition, in the “New Eden” there is a plan to make an Innovative Research Center, which will include research organizations, schools and institutions for the children of the elite.

Dmitry Medvedev has said information that Moscow, as the control center of Russia, is very outdated, and management structures will be moved from there. The city is not a good ecological environment, it is overloaded, and is vulnerable to man-made nuclear disaster.