Trump’s Victory: EU Establishment Was Caught with Pants Down 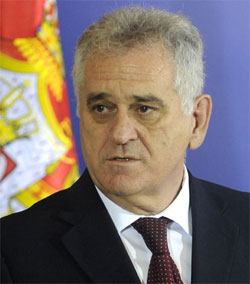 The results of the US presidential election have triggered a storm of criticism in the European media. However, those, who rejected the possibility that Donald Trump could win, were merely “going through life with their eyes shut,” Serbian President Tomislav Nikolic tells Sputnik.

“The world is changing, and established elites are passing [into oblivion]. US citizens are tired of conflicts with other countries and overseas interventions. During the election the [American] people have shown that they do not approve of these wars,” Nikolic emphasized in an exclusive interview with Sputnik Serbian.

“If the election rhetoric was not empty words, we may expect the Russian Federation and the US to renew cooperation and that Serbia’s stance regarding non-recognition of so-called Kosovo and its refusal to impose anti-Russian sanctions will be better understood,” he stressed.

According to Nikolic, Trump’s victory will have a serious impact on the EU’s policies. He highlighted that Belgrade should make further efforts to establish more “friendly” relations with the US under the rule of President Trump.

However, not all European leaders are optimistic about the prospects of American-European relations.

Trump’s victory “has taken most European politicians aback since they were already forming a line to pledge their obedience to Hillary Clinton and the neocon crowd along with her,” German journalist and independent researcher Grete Mautner notes in her article for New Eastern Outlook. She remarks that the elites of Paris, London, Berlin, Brussels, and a number of Eastern European countries anticipated that Hillary Clinton would occupy the White House. 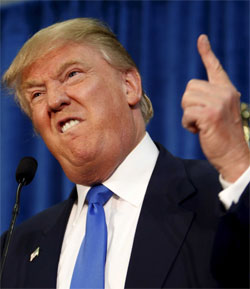 Thus, unsurprisingly, “the absolute majority of European media sources carry on vilifying Trump, as if they were ignorant of the fact that he’s the next US President already,” Mautner observes, citing mainstream media outlets which state that Trump is “the worst nightmare, who will be haunting the world of international politics for years.”

The Polish media outlet argues that “the world that we know has been changed for the worse and this development threatens the stability of the West as a whole,” Mautner notes.

In contrast to this fuss over Trump’s election, a weekly British conservative magazine, The Spectator, is urging its readers to keep calm and carry on.

“Many thousands of words have been written and many more will now be written by the liberal intelligentsia, trying to prove that the 45th President of the United States of America is a fascist… The trouble is: Trump is not a fascist, let alone a Nazi… Trump is a patriot, I reckon, not a nationalist. And the Donald ain’t no Duce,” Farrell emphasizes.

British writer and journalist Laura Freeman writes in her opinion piece for the same magazine that she does not share the European social media’s frustration with Trump’s victory.

“While I am anxious about Trump, and would, had I had a vote, have cast it for Hillary, my reaction to the election of President Trump isn’t sadness. Surprised? Yes. Wrong-footed? Yes. Agog, aghast? Yes. Curious about what he’ll do next? Yes. He is appallingly fascinating and fascinatingly appalling. But sad? No,” she stresses. 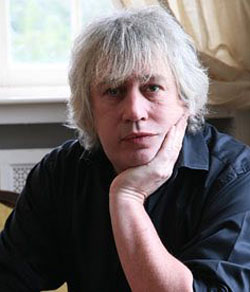 For his part, Rod Liddle argues that “Trump will be much, much better for Britain than Clinton.”

“I was for Trump in the end, by a whisker, by a wisp of his ridiculous hair, simply for pragmatic domestic reasons. Trump will be much, much better for Britain,” he points out, adding that the European media’s “arrogant” and “chastising tone” adopted toward the US Republican presidential nominee alone made him “yearn for a Trump victory.”

“One can only hope that the string of harsh [articles] that the European media has printed to show the discontent of the European elites won’t be forgotten, neither by Trump, nor his advisors when they are to form a new approach towards the EU,” Mautner points out, before recalling that European politicians are “also heading towards election times.”