Try Some Tea – Facts You Want To Know

More and more people switch from coffee to tea after learning that the latter can be healthier.

It’s good to know that tea is a solid alternative for caffeine that comes with health benefits but, unlike coffee, doesn’t come with too many downsides. 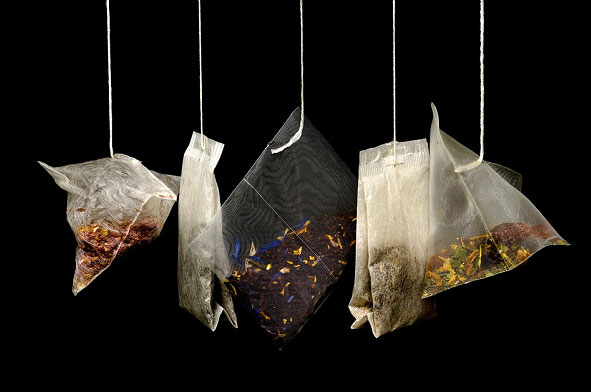 Virtually No Downside to Tea

According to American Dietetic Association Spokeswoman Katherine Tallmadge, tea has virtually no downside. She believes it’s a “great alternative” to coffee because it has less caffeine and its flavonoids can reduce cancer and are good for the heart.

Brewed teas are better for you than bottled, but nutritionists generally agree that “any tea is good tea”. Various brews are known generally as tea, but purists believe green, black, white, oolong, and pu-erh are the most genuine.

They’re all derived from the camellia sinensis plant, which is a shrub native to China and India that contains the unique antioxidants known as flavonoids.

The most potent flavonoid is known as ECGC and may help against free radicals that contribute to cancer, heart disease, and clogged arteries. Since tea contains caffeine and theanine, it also heightens mental alertness.

It’s recommended you avoid processed tea if you drink it for health reasons, because it comes with less polyphenol content which equals less flavonoids. Additionally, oolong and black teas have lower polyphenol content because they’re fermented or oxidized. However, they still have a high antioxidizing power. Green tea is found to have a higher concentration of polyphenols.

Julie Edgar writes that black tea has the highest caffeine content and forms the basis for flavored teas like chai. It can also protect the lungs from the damage caused by cigarette smoke and reduce the risk of stroke.

One study has shown white tea has the most potent anticancer properties compared to most processed teas, and animals given antioxidants from oolong had lower levels of bad cholesterol.

Wuyi oolong tea is often marketed as a weight loss supplement, but those claims aren’t backed by science. Pu-erh is considered a black tea, and animals who were given it showed less weight gain and reduced LDL (bad) cholesterol.

Herbal teas aren’t made from the camellia sinensis plant, but from other herbs, fruits, seeds, and roots steeped in hot water. Herbal teas have lower concentrations of antioxidants than green, white, black, and oolong, and their chemical compositions vary based on the plant used.

Herbal tea varieties include ginger; ginseng; ginkgo biloba; rosehip; hibiscus; mint; jasmine; rooibos; chamomile; and echinacea. Limited research has been done on the benefits of herbal teas. However, there have been some findings. One is that the antioxidants in chamomile tea may stunt cancer cell growth and prevent complications from diabetes such as vision loss or nerve and kidney damage.

According to a small study, drinking three cups of hibiscus tea a day lowered the blood pressure of people with “moderately elevated” levels. Rooibos, a South African herb that’s fermented, has flavonoids with cancer-fighting properties. However, studies on it have been limited.

Now that we’ve learned a little about each type of tea, let’s focus on one of the healthiest kinds that’s usually given the most attention: green tea. It can do some amazing things, and there’s a reason it’s often the focus of research and writings on good health. 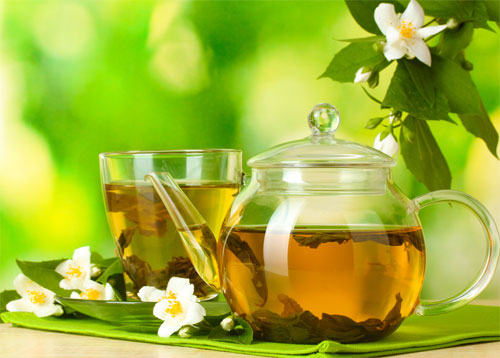 Paul Lenda at Wake Up World writes that people have been drinking green tea as a beverage and medicine for nearly 5,000 years. Since it’s high in ECGC, it can help prevent the body’s cells from becoming damaged or prematurely aged.

According to research, a combination of green tea and ECGC can prevent certain types of cancer that include breast cancer. A University of Mississippi study found that consuming ECGC “significantly inhibits” breast tumor growth in female mice.

Compounds in green tea may also prevent memory loss from a lack of oxygen caused by sleep apnea.

Sufferers of sleep apnea will stop breathing frequently during sleep, and this can last up to a minute. Obstructive sleep apnea (OSA), the most severe form, can cause it to happen hundreds of times a night. This deprives the brain of oxygen and can lead to brain damage and memory problems.

Fortunately, new research suggests the natural substances found in green tea can keep away the cognitive defects caused by OSA. Green tea can be used instead of drugs to “prevent brain deficits due to hypoxia”. This could be important to preserving the memories of millions of sleep apnea sufferers.

A new study suggests drinking green tea can slow the progression of prostate cancer, which Paul writes is the second leading cause of death for men in the U.S.

Participants in the study were given the equivalent of 12 cups of green tea a day for around 34 days. During this time, their hepatocyte growth factor (HGF) was reduced by an average of nearly 19%.

Paul writes that their “vascular endothelial growth factor (VEGF) was reduced by 9.9%, and prostate specific antigen (PSA) was reduced by 10.4%.” For some of the men, their numbers were reduced by one third.

A study revealed that ECGC can prevent and treat serious brain disorders including Alzheimer’s, Huntington’s, and Parkinson’s. When combined with another isolated component, it can therapeutically eliminate the protein amyloids thought to be responsible for the brain diseases.

Boston Biomedical Research Institute and University of Pennsylvania researchers discovered that two chemical components could break up amyloid plaques and restore normal cell function in samples similar to those found in patients with brain disorders. One of the components is found in green tea.

This combination could do away with “all kinds of amyloids”.

For a lot of people, tea is a welcome alternative to coffee that not only gives them the boost they need, but provides a long list of health benefits. This segment was focused on its benefits for the body, but many tea-drinkers have a feeling it can do even more for the soul…