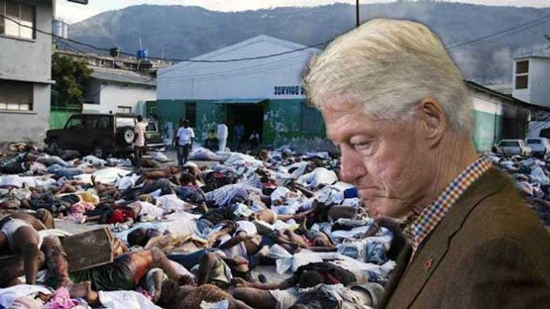 The United Nations has blamed Bill Clinton for the massive cholera outbreak in Haiti that killed over 10,000 citizens in 2010.
Bill Clinton was head of the UN mission to Haiti at the time UN troops dumped large amounts of septic waste into the local water supply.

“Over the past year, the U.N. has become convinced that it needs to do much more regarding its own involvement in the initial outbreak and the suffering of those affected by cholera”, UN secretary general deputy spokesman Farhan Haq said at the time.

The Artibonite River, located in the town of Mirebalais, was contaminated causing thousands to die and hundreds of thousands more to become infected.
The outbreak triggered massive protests across Haiti, accusing the UN of contaminating the water and bringing the never-before-seen epidemic to the country.
Over the years, dozens of investigations and reports – from universities such as Harvard and Yale, from organizations such as the U.S. CDC and Doctors Without Borders – have corroborated the Haitians’ claim of UN responsibility.

The Obama administration, which had taken the lead over the global Haiti earthquake reconstruction, taking place 35 miles south of Mirebalais in Port-au-Prince, has been conspicuously silent on the debate over responsibility.

Former President Bill Clinton, while still head of the mission in Haiti, did, in 2012, admit the UN’s role in the epidemic. He was pressed by Ansel Hertz, an independent and freelance videographer, as he was touring a hospital in Haiti. Clinton said: “I don’t know that the person who introduced cholera in Haiti, the U.N. peacekeeper, or [U.N.] soldier from South Asia, was aware that he was carrying the virus.” Clinton added that “it was the proximate cause of cholera. That is, he was carrying the cholera strain. It came from his waste stream into the waterways of Haiti, into the bodies of Haitians.”

The admission by Clinton would be downplayed by a U.N. spokeswoman later that day. Spokesperson Kieran Dwyer said: “In relation to former President Clinton’s reported remarks to the press this week in Haiti, we note that he emphasized the importance of focusing on improving Haiti’s sanitation system and the fact that the United Nations and others are working hard to do this.” 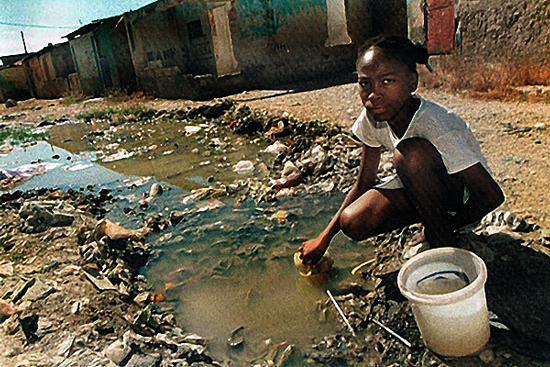 The Clinton Global Initiative made a substantial commitment by 2013 to build Haiti’s first Permanent Diarrhea Training and Treatment Center. The multi-million-dollar project is a Clinton Foundation in Haiti “long-termism” initiative. Because vibrio cholerae has the ability to live in water, it is a disease that does not go away. It resurges and kills dozens until an aggressive response, usually funded by foreign aid and charities, is undertaken. But as soon as the response ends, cholera resurges with more aggression and more resilience.

In June 2017, a bipartisan group in the U.S. Congress led by Republican Congresswoman Mia Love and Democratic Congressman John Conyers wrote a letter to Secretary of State John Kerry criticizing the Obama administration for giving the United Nations a pass for the Haitian cholera epidemic for so long. 158 members of Congress from both parties signed that letter.

The United Nations may have accepted responsibility for the cholera epidemic since the letter from Congress, but it has reiterated its privilege to not pay, be sued, or tried over its actions in Haiti. It is claiming protection by a Status of Forces Agreement (SOFA) signed 12 years earlier after the coup against Jean-Bertrand Aristide. The SOFA makes UN soldiers immune to any prosecution or suit while in Haiti.

Nonetheless, the Institute for Justice and Democracy in Haiti led by Brian Concannon and Mario Joseph have been accompanying thousands of cholera victims in filing claims against the United Nations. But in the same week that the UN accepted responsibility, an appeals court upheld a lower court’s ruling that it is immune.

Why Are There Paintings Depicting Ritual Abuse on Display at the Las Vegas Courthouse?