Video of Military Jet Spraying Chemtrails: the ‘Blockbuster’ They Don’t Want You to See 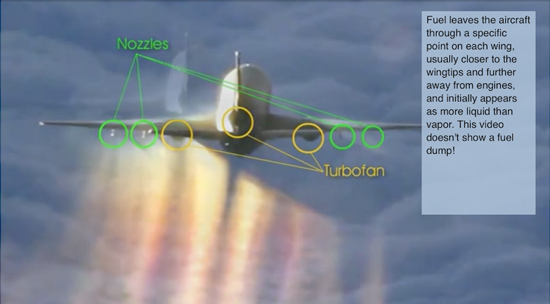 Graphic Video of Chemtrail Spraying: Evidence NO ONE Can Refute

The following video captures a KC-10 sprayer laying down massive Chemtrails. The footage was taken by a pilot, sitting in his cockpit, traveling over Canada.
It’s well worth watching the entire video in order to view the spraying apparatus being shut off and then turned back on.

Question for the disbelievers: If these were normal contrails, how would the jet continue to fly with its engines – ALL OF THEM – completely shut off?

This video is a great rebuttal piece for anyone who still has Chemtrail Doubter Disorder.
The footage provides irrefutable proof of a Chemical and Clandestine Operation that a bold pilot offers to the public in order to demonstrate that Chemtrails are real.

The KC-10 is especially well equipped for spraying voluminous amounts of Chemtrail aerosols in one overflight. This description from Wikipedia explains why the KC-10 extender lends itself so efficiently for the systematic Chemtrailing of skies everywhere. Especially where military bases are located, which is just about everywhere, are these jets used.

“The McDonnell Douglas KC-10 Extender is the military version of the three-engined DC-10 airliner operated by the United States Air Force (USAF). The KC-10 incorporates military-specific equipment for its primary roles of transport and aerial refueling. It was developed to supplement the KC-135 Stratotanker following experiences in Southeast Asia and the Middle East. The KC-10 was the second McDonnell Douglas transport aircraft to be selected by the Air Force following the C-9. A total of 60 KC-10s were produced for the USAF.” – Wikipedia.

Artist Paints Mental Illnesses and Turns Them into Realistic Illustrations