Just as there has been an explosion of positive science on the importance of vitamin D3, another nutrient, vitamin K2, is showing tremendous promise in the treatment and prevention of a wide range of health conditions. A new study indicates that this underutilized form of vitamin K might hold the key to one of the most debilitating inflammatory conditions known to humans – rheumatoid arthritis.

Rheumatoid arthritis (RA) is a chronic inflammatory condition that affects the entire body, but especially the joints. There is abundant evidence that RA is an autoimmune reaction, in which antibodies develop against components of joint tissues, but what exactly triggers this autoimmune reaction has centered on genetic factors, abnormal bowel permeability, lifestyle and nutritional factors, food allergies, and microorganisms. RA is a classic example of a multifactorial disease, wherein an assortment of genetic, dietary, and environmental factors contribute to this disease.

There are several forms of vitamin K. Phylloquinone is derived from plant sources and is referred to as K1, whereas menaquionines are derived primarily from bacteria and are referred to a K2. There are several different forms of menaquinones based upon the number of attached molecules known as isoprenoids. MK-7 is the most important commercial form of vitamin K2. It contains seven isoprenoid residues attached to menaquinone.

While the role that vitamin K plays in blood clotting is well known, it also functions in important roles for bone and joint health. Clinical studies have documented the long-term effect of 180 mcg of MK-7 in improving bone density and overall bone health.

Based upon pre-clinical studies showing another form of vitamin K2 (MK-4) blocked the development of arthritis in the experimental animal model of RA, it was suggested that MK-4 might offer benefit in human RA. Human studies following and it was shown MK-4 supplementation reduced RA disease activity associated with a marked decrease in clinical and biochemical markers. However, since MK-7 has greater bioavailability than MK-4 after oral administration, researchers were quite curious if even better results might be produced with this form. 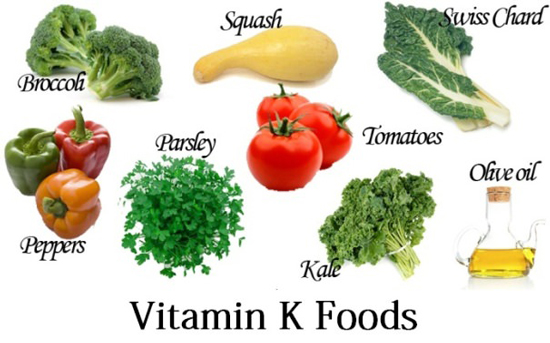 To clarify the therapeutic role of MK-7 added to normal therapeutic regimen of RA in patients with different stages of the disease, 84 RA patients (24 male, 60 female) (average age=47.2 years) were enrolled in a randomized clinical trial. The patients were divided into MK-7 treated group (n=42) and a control group (n=42). MK-7 capsules were administered in a dose of 100 mcg/day for three months in the first group without changing other medications.

To assess the benefits with MK-7, the clinical and biochemical markers on RA patients treated with MK-7 and the control group were assessed before and after three months. The results showed a statistically significant decrease in MK-7 treated group for the levels of the following markers of inflammation: erythrocyte sedimentation rate (ESR), RA disease activity score assessing 28 joints, C-reactive protein (CRP) and matrix metalloproteinase (MMP-3). In addition, MK-7 also increased the level of the active form of osteocalcin, an important marker of bone health. The benefits noted with MK-7 were directly related to increased levels of MK-7 in the blood.

The authors’ conclusion was: “MK-7 represents a new promising agent for RA in combination therapy with other disease modifying antirheumatic drugs.”

In the treatment of RA, standard medical therapy is limited by its over-reliance on drugs designed to suppress the disease process and its symptoms, while failing to address the complex underlying causes of this disease. These drugs include powerful chemotherapy agents like methotrexate used in combination with newer biological agents like Enbrel. Unfortunately, while there have been some improvements in outcomes with these newer regimens, drug-free remission is still very rarely achieved and most patients experience higher disease activity upon discontinuation of therapy. They often have to quit treatment because of the serious side effects these drugs cause.

The natural treatment of RA can be quite successful. Diet alone can be used to produce a complete remission in some patients and there are many key supplements that can help. For a complete discussion on the natural approach to RA, please consult the Third Edition of the Encyclopedia of Natural Medicine.