Sounds too “strange” to be true? There is proof! In files that were leaked by Julian Assange’s WikiLeaks there is a set of emails sent in January 2015 to John Podesta from Edgar Mitchell, the 6th man to walk on the moon, showing evidence that they are getting updates from the Vatican about their awareness of extraterrestrial life and UFOs. 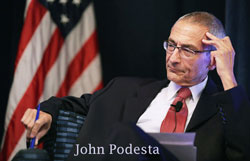 One of the emails revealed that ex-spaceman Edgar Mitchell wrote to American politician John Podesta (former chairman of the 2016 Hillary Clinton presidential campaign) to tell him that Vatican knows extraterrestrials exist and want to share some of their knowledge with us.

In another email, the former NASA astronaut underlines that “benevolent aliens” wish to share “zero point energy” with people on Earth. 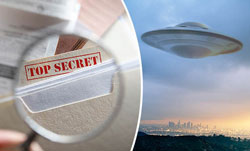 The friendly extraterrestrials want to help mankind lead better lives but are cautious because of our violent tendencies, another email claims.

Mitchell also told Podesta a space war is imminent and said: “Because the War in Space race is heating up, I felt you should be aware of several factors as you and I schedule our Skype talk”.

Why Is Our Planet Shaking So Violently All Of A Sudden?