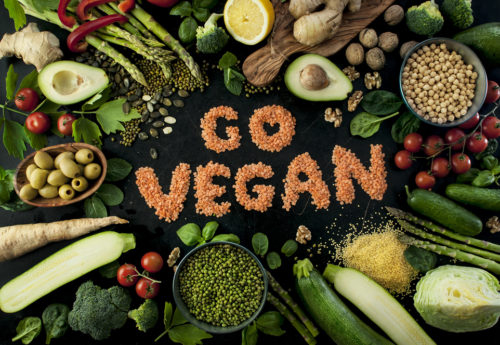 Congratulations! If you made it here to read this article it likely means you are a vegan, vegetarian, follow a plant-based diet or are at least legitimately interested in what you can do to reduce your environmental impact on the planet. Thank you!

Veganism has been on the rise over the past decade or so, and for good reason! Many people are starting to learn the truth about where meat and animal products actually come from, the health risks associated with a diet dense in animal protein and the profoundly devastating effects that modern agriculture and factory farming is taking on our environment. Like they say, if you can’t do it for the animals, and you can’t do it for yourself – do it for the planet!

So How Does A Vegan Lifestyle Protect Our Environment?

Researchers at the University of Oxford published a study that showed how cutting out meat and dairy products from your diet could reduce an individual’s carbon footprint by as much as 73 percent – times that by 7.6 billion.

On top of that, the researchers also found that if everyone in the world simply stopped consuming these foods altogether, the global farmland that is currently in use could be reduced by 75%, an area equivalent to the size of the United States, China and the entire European Union combined. And here we are worrying about overpopulation. This shift in diet and lifestyle would not only result in a significant drop in greenhouse gas emissions but also free up huge amounts of land lost to animal agriculture – one of the main causes for an alarming rate of wildlife extinction facing our planet today.

Published in the journal Science, it’s one of the most comprehensive analyses available thus far on the damaging effects that modern farming and agriculture have on our environment. Data from nearly 40,000 farms in 119 countries was included.
Findings revealed that production of meat and dairy is responsible for nearly 60% of agricultures portion of greenhouse gas emissions.

Researchers examined 40 agricultural products during the study, which covered 90% of all food that is eaten worldwide. They observed the impact each of these foods had on the environment by analyzing emissions, water pollution and air pollution.
Lead author Joseph Poore said: “A vegan diet is probably the single biggest way to reduce your impact on planet Earth, not just greenhouse gases, but global acidification, eutrophication, land use and water use.
It is far bigger than cutting down on your flights or buying an electric car,” he explained, which would only reduce greenhouse gas emissions.
Avoiding consumption of animal products delivers far better environmental benefits than trying to purchase sustainable meat and dairy”, he added.

A portion of the research was aimed at looking at various techniques that are used to produce the same foods and found vast distinctions in terms of their environmental impact.
For example, cattle raised on natural grass pastures used 50 times less land than those that were being raised on deforested land – which can produce up to 12 times more greenhouse gas emissions in comparison. Compare this to the emissions released for plant-based protein sources such as tofu and peas, and you’re looking at a drastic difference.

Poore told The Guardian: “Converting grass into [meat] is like converting coal to energy. It comes with an immense cost in emissions.”
This study is the result of a five-year-long project which ironically enough started off as an investigation into sustainable meat and dairy production. After just one year into the study, Poore stopped eating animals altogether.

According to Poore, the next step is to find ways to test his proposed approach in practice. He told The Independent: “The problem is, you can’t just put environmental labels on a handful of foods and look to see if there is some effect on purchasing”, he said.
“Consumers take time to become aware of things, and then even more to act on them. Furthermore, the labels probably need to be in combination with taxes and subsidies. My view is that communicating information to consumers could tip the entire food system towards sustainability and accountability.”

It’s important to know that we have a lot of options here, it’s not simply vegan or nothing. We can use this information to take action in our own lives and do what we can to reduce our own impact. You don’t have to go vegan overnight, however if this information resonates with you, you can start cutting out meat and dairy products to start with. This will give you time to explore a new palate of flavors and alternatives to your favorite foods.