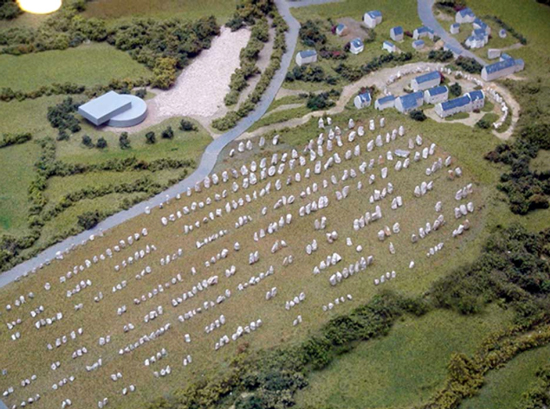 The Carnac stones have been one of the most puzzling archaeological artifacts in the world for hundreds of years.
These megalithic stones exist around the village of Carnac in Brittany, France. The stones demonstrate alignments, dolmens and other ancient geometry which is consistent with other prehistoric sites, but which should not have existed in the period in which they were constructed. The site consists of more than 3,000 prehistoric standing stones, which were cut from local rock and erected by the pre-Celtic people of Brittany. This is the largest such collection of stones in the world. The stones were erected c3300 BC- 4500 BC.

Scientists and scholars have been attempting to decode the Carnac stones for hundreds of years. All these attempts were destined to fail until an ancient science named “Geoglyphology” was re-discovered.

The Ancient Science of Geoglyphology

In 2004 an ancient science was rediscovered. The science was named Geoglyphology. (Geo=Earth, Glyph=A writing or symbol, ology=To study). Without the protocols that were built into the ancient science, any attempts to decode the Carnac stones were an exercise in futility. This stemmed from the fact that the codes for using the Carnac stones came from Geoglyphological protocols.

After many years of study, the protocols used in the ancient science were learned and were successfully applied to many geoglyphs located around the world. It was learned that geoglyphs were used to outline territories which the culture that made the geoglyph claimed for themselves. Needless to say, mastering this ancient science and being able to follow cultures, and their territories, opened up a whole new window into the history of the world.

While hundreds of conventional geoglyphs have been located and surveyed around the world, Carnac is in a class of its own. While Carnac uses the same protocols as other geoglyphs, the way they are applied are unique to the Carnac stones. While most geoglyphic surveys are done by running lines through, or parallel to tangible objects, Carnac requires that these principles be applied to the spaces between the stones rather than the stones themselves. As you see in the following image, the puzzle is solved by running lines through the center of the spaces between the stones in order to decode the puzzle. There is only one pair of stones that, when a line is drawn between them, will position the line directly in the center of the space. Once these lines are determined the rest of the survey continues just as in other territorial geoglyphs. 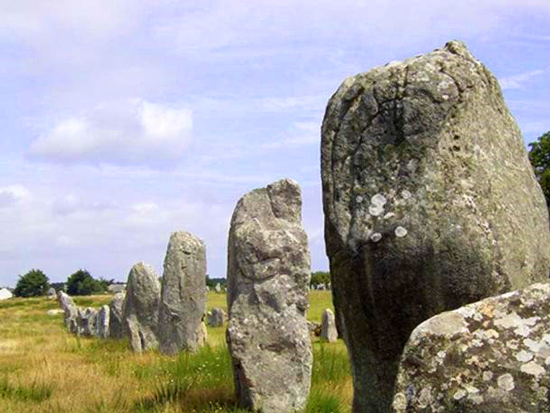 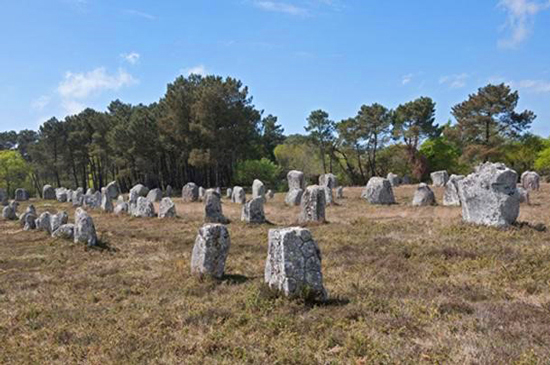 The question up to this point has been: why would a culture move and align so many stones in what was previously considered an abstract manner?
Over the past 10 years of studying geoglyphs, around the globe, it was discovered that pyramids, stone monoliths, and other Geoglyphological geoglyphs were placed on the Earth, in addition to several other uses, to map out territories which the builder considered their own. Ancient Japanese texts state that these territories were originally designated as the areas within which ancient scholars would teach man the spirituality and sciences of the cosmos. 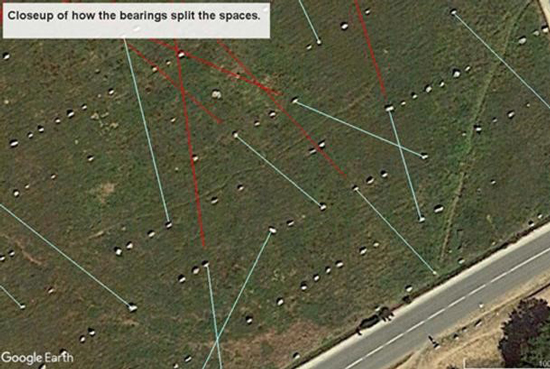 This image illustrates the difference between a normal geoglyph and the Carnac geoglyphs. Normally a bearing is derived from running a line between two independent rocks or points. In this case the puzzle can only be solved by finding the two rocks which will inscribe a line through the center of the spaces. 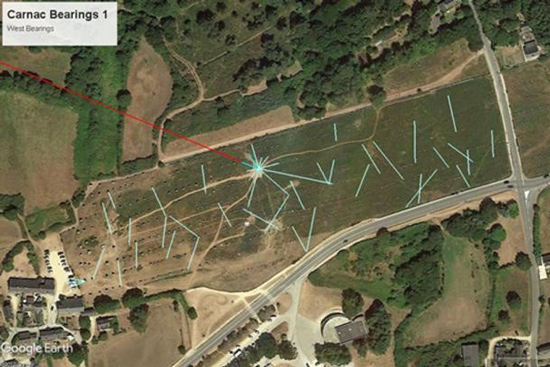 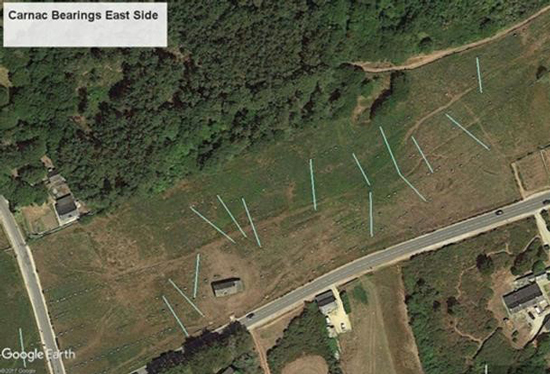 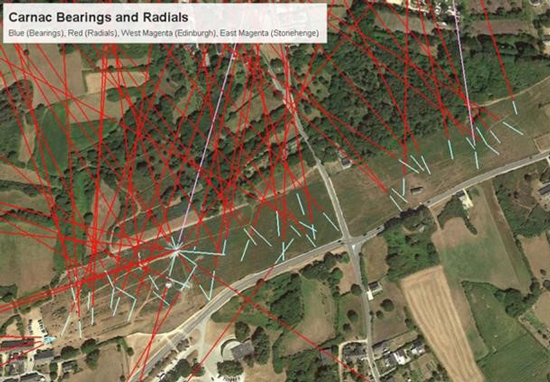 In the previous image there are two magenta colored radials (radials being extensions of the bearings.). The west radial points to Edinburgh, Scotland and the East Magenta line points to Stonehenge. Since both endpoints are historically related to the Celts one would have to assume that the Celtic culture had its roots somewhere before 3400BC. One would also have to assume that these ancient cultures had a detailed knowledge of the earth long before history tells us. 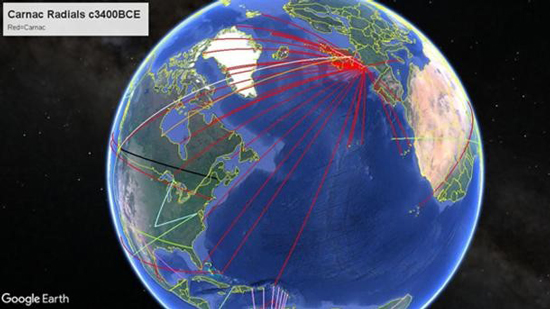 Stonehenge and the Carnac monoliths were constructed at about the same time, c3400BC. What the original Stonehenge depicted is difficult to say since a portion was destroyed and then later, c1100AD, the existing stones were placed on the ground within the circle. The new geoglyphs at Stonehenge designate the Celtic Territory which existed at the time the stones were placed.

Scientists Invented AI Made From DNA