Science is beginning to prove what Buddhist monks have known all along, that those who engage in daily meditation permanently change the way their brains function. That the simple act of sitting quietly as you shift your attention to your breath, following as it slowing enters and leaves your body, not only allows for the cultivation of regenerative peace, but a myriad of new studies have found that this ancient practice can profoundly change the way different regions of the brain communicate with each other and therefore how we think. 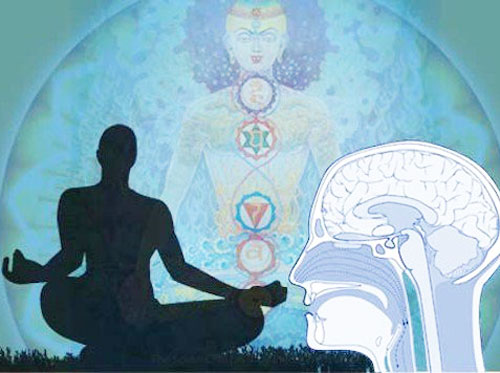 Dr. Judson Brewer, Assistant Professor of Psychiatry at the Yale School of Medicine, published a study that found that meditation appears to change the way the brain works and could give meditators a leg up; not only on handling stress and finding happiness, but also with facing illness and dealing with mental disorders. “Understanding how meditation works will aid investigation into a host of diseases”.
“We know that meditation has been shown to help in variety of health problems, such as helping people quit smoking, cope with cancer, and even prevent psoriasis” says Brewer.

Patients subscribing to a 20-minute daily practice, learn the ability to switch off areas of the brain associated with psychiatric disorders such as autism and schizophrenia. “Conversely, the hallmarks of many forms of mental illness is a preoccupation with one’s own thoughts, a condition meditation seems to affect. This gives us some nice cues as to the neural mechanisms of how it might be working clinically.”

Eileen Luders, an assistant professor at the UCLA Laboratory of Neuro Imaging, has found that meditation physically alters the brain and that long-term meditators have large amounts of gyrification, or a “folding” of the cortex, which allows the brain to process information faster. In a press release she states: “The insula [in the cortex] has been suggested to function as a hub for autonomic, affective and cognitive integration.”

“Meditators are known to be masters in introspection and awareness as well as emotional control and self-regulation, so the findings make sense that the longer someone has meditated, the higher the degree of folding in the insula.”

Neuroscientist Sara Lazar found, in scan after scan, that meditation also changes the size of key regions of the brain, regions known for improved memory, making one more empathetic, and resilient under stress. Lazar compared the brains of 20 long-term meditators with 15 non-meditators. The meditators had increased thickness in regions of the brain involved with attention and sensory processing. The pre-frontal cortex, a part of the brain that shrinks with age, was also thicker in older meditators, suggesting that it could help delay the aging process. Indeed meditation is much more than just a way to calm thoughts and lower stress levels. 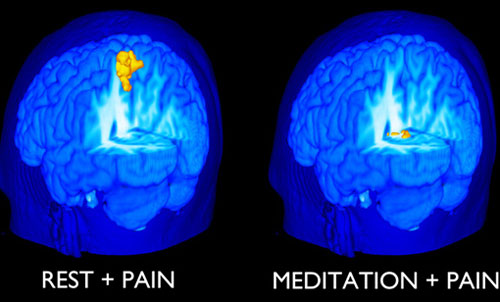 A coalition of researchers at the Norwegian University of Science and Technology, at the University of Oslo and at the University of Sydney has found that during meditation the brain is able to better process feelings and emotions allowing for one to become more compassionate and therefore feel more connected to his community. When one shifts their attention to each breath, slowly and deeply drawn and released, a shift is made into a quiet mode that allows the ego to fall silent and mind clutter to release.

The result of this shift is peace, serenity, calmness and inspiration. And science is now proving that through meditation we are able to gain better health, improve our immune system, and change the way we think. Learning to focus on the present moment grants the ability to suppress self-centered and wandering thoughts, silencing the “monkey mind” that constantly tries to invade our thoughts and emotions. Twenty minutes is all it takes. Twenty minutes a day, every day, spent in mindfulness meditation, will give the power to overcome what troubles you and allow permanent change.