Your Real Age May Be Older or Younger Than Your Years 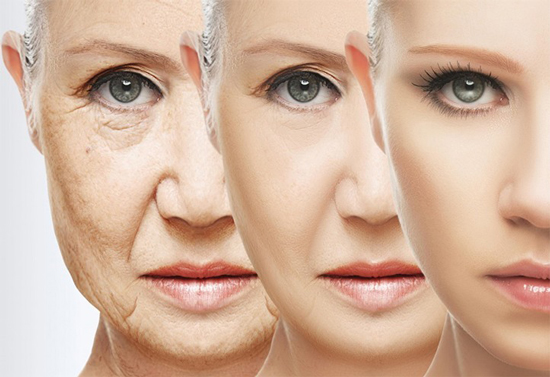 Age is a peculiar concept. We tend to think of it as the number of birthdays we have celebrated our chronological age. But this is just one indicator of the passage of time. We also have a biological age, a measure of how quickly the cells in our body are deteriorating compared with the general population. And these two figures don’t always match up.

Just take a look around: we all know people who look young for their age, or folks who seem prematurely wizened. Even in an individual, different parts of the body can age at different speeds. By examining how chronological age lines up with biological age across the population, researchers are starting to pin down how these two measures should sync up, and what it means for how long we have left when they don’t.

In recent years, studies have shown that our biological age is often a more reliable indicator of future health than our actual age. It could help us identify or even prevent disease by tracking the pace at which we’re getting older. It may even allow us to slow, or reverse, the aging process.

Aging is the progressive loss of function accompanied by decreasing fertility and increasing mortality, according to Thomas Kirkwood from the Institute for aging at the University of Newcastle, UK.

The most widely cited theory of aging is that telomeres, genetic caps on the ends of chromosomes, grow shorter each time a cell divides, like a wick burning on a candle. Once these are used up, the cell withers and dies. But a new idea gaining ground suggests aging is instead a byproduct of how energy intensive it is for our bodies to continuously repair faults that occur in our DNA as cells divide.

“It doesn’t make evolutionary sense to maintain that process for ever,ˮ said Kirkwood. Indeed, several animal studies have shown that genes that affect lifespan do so by altering cells’ repair mechanisms. Little by little, faults build up in cells and tissues and cause us to deteriorate.

This is where biological age comes in – it attempts to identify how far along we are in this process. It’s not a simple task, because no one measure of cellular aging gives a clear picture. As Kirkwood said, “attempts to measure biological age have been bedeviled by the difficulty of taking into account the many different biological processes at work.ˮ

Still, a growing number of researchers have taken up the challenge. Before seeking them out, however, I began to wonder whether I could be in for a nasty surprise. When Daniel Belsky and his team at Duke University in North Carolina studied 18 different markers of cellular aging – including blood pressure and cardiovascular function – in almost 1000 adults, they found that some were aging far faster or slower than their birth certificates would suggest. One 38-year-old had a biological age of 28; another’s was 61.

So if I have an accelerated biological age, does it mean I’m less likely to make it to 83? Studying humans until they die takes a long time, so the causal relationship is tricky to pin down. But an increasing number of studies suggest this is a fair assumption.

Belsky’s team found that 38-year-olds with an older biological age fared worse on physical and mental tests, for instance. And when James Timmons and colleagues at King’s College London examined expression of 150 genes associated with aging, they found that biological age was more closely tied to risk of diseases such as Alzheimer’s and osteoporosis than chronological age.

“Some molecular changes in the body can be reflected on the face,ˮ says Han. High levels of low-density cholesterol (the bad kind) are associated with puffier cheeks and pouches under the eyes, for instance. Dark circles under the eyes can result from poor kidney function or blood circulation. The message is that if we look older than we should, it could be a sign of underlying disease.

The algorithm was developed using a population of Han Chinese people and so far has only been tested in four caucasians. So, as a white woman, I had my face analyzed by a similar algorithm designed by anti-aging company Youth Laboratories in Russia. The result was a win for me: I apparently have the face of a 25-year-old.

Next it was time to draw some blood. Using 32 different parameters that reflect disease risk, a team at the company Insilico Medicine developed a deep-learning algorithm to predict age. After training it on more than 60,000 blood samples of known chronological age, they used it to accurately predict age from new samples to within 6.2 years.

The team found that people whose blood age was higher than their actual number of years were more likely to have health problems. The algorithm is free to use, so after I had my blood taken by Medichecks in London, I plugged in my details at www.aging.ai. Reassuringly, it shaved off a couple of years, estimating my real age to be 31. 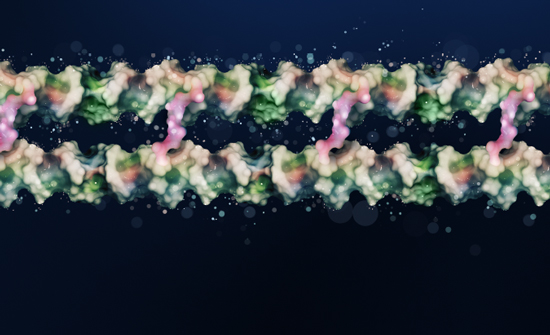 Another method for measuring biological age is to look at how complex carbohydrates called glycans are attached to molecules in the body, a process called glycosylation. Gordan Lauc and colleagues at the University of Zagreb in Croatia recently discovered that glycosylation of an antibody called immunoglobulin G changes as we get older, and that this can be used to predict chronological age. When Lauc’s team compared 5117 people’s “glycan ageˮ with known markers for health deterioration, such as insulin, glucose, BMI and cholesterol, they found that those who scored poorly on these markers also had an older glycan age.

“Your glycan age seems to reflect how much inflammation is occurring in the body,ˮ said Lauc. Prolonged inflammation can make cells deteriorate faster, so having an accelerated glycan age could be used as an early warning signal that your health is at risk, he says.

Lauc and Tim Spector, a genetic epidemiologist at King’s College London, founded GlycanAge – a company that tests people’s glycan levels, and kindly tested mine for free. It turns out my glycan age is just 20, a whopping 13 years younger than I am.

With a new spring in my step, I moved on to what is now considered the most accurate way to measure human aging: an intrinsic “epigeneticˮ clock present in all our cells. Epigenetics refers to the process by which chemical tags called methyl groups are added to or removed from DNA, which in turn influences which genes are switched on or off. Some changes in methylation patterns over time can be used to estimate age.

The father of this technique is Steve Horvath at the University of California, Los Angeles. In 2011, looking at methylation patterns in blood samples, Horvath and colleagues were able to predict chronological age to within five years. He has since analyzed data from more than 13,000 samples and identified methylation patterns to estimate a healthy person’s age to within 2.9 years. “The age estimate is so accurate it continues to amaze me,ˮ said Horvath. (Unfortunately, for the purposes of my investigation, at $900 a pop, I decided to give this test a miss.)

By identifying what the normal differences are, researchers hope to flag outliers. “Ultimately, we want to be able to collect data from a particular organ, or from a surrogate tissue and say, ‘wow, this woman has breast tissue that is 20 years older than it should be, so she needs to be monitored more closely for breast cancer’,ˮ said Horvath.

Beyond monitoring and aiding diagnoses for diseases, can any of these measures give us a better idea of how much life we have left? There is an association between our epigenetic clock and our time to death, but it’s not very accurate, yet.

If our epigenetic clock is ticking down to our death, is there anything we can do to intervene? Horvath has started studying the epigenetic age of induced pluripotent stem cells (iPSC), which are adult cells that can be pushed to revert to an embryonic-like state, from which they are capable of turning into most types of cells in the body.

The epigenetic age of iPSCs is zero. Transforming normal body cells into stem cells would be an “extreme rejuvenation procedureˮ, Horvath said. You wouldn’t want to do it to all of your cells, but perhaps it’s a strategy that could be modified to intervene with the aging process. “It sounds like science fiction, but conceptually it’s possible,ˮ he says. “All epigenetic marks are reversible so in theory it’s possible to reset the clock.ˮ

Another promising, if speculative, plan might be to freeze blood stem cells when you are young so that you can use them to reconstitute your immune system when you are old.

Short of miraculous anti-aging treatments, understanding more about biological age can still improve our health. People told their heart age – measured using parameters such as blood pressure and cholesterol – are better able to lower their risk of cardiovascular problems compared with people given standard information about heart health, for instance. (My heart, I learned, is 28 years old.)

There are not yet any placebo-controlled trials to determine whether certain lifestyle interventions can reduce biological age, and so risk of early death. But Horvath did find that the epigenetic clock is accelerated in the livers of obese people, and ticks more slowly for those who regularly consume fish and vegetables, and only drink in moderation.

Unsurprisingly, exercise also seems to help. In a trial of more than 57,000 middle-aged people, those whose fitness levels resembled a younger person’s were less likely to die in the following decade or so. Fitness-associated biological age was a stronger predictor of survival than chronological age.

And we may get more conclusive results soon: Spector is about to begin a trial to see if an intensive exercise and diet regime can reduce glycan age. Han is planning a similar trial to see if exercise can influence facial age.

There is still a long way to go before we can pinpoint the exact ways to reverse aging. But for now, I’m relieved to know that most of my body is younger than my years would suggest and, in the not too distant future, knowing my biological age could hold the key to preventing disease or even postponing death. I’ll happily celebrate turning 34 in the knowledge that my age really is just a number.