A Brief Look At The History Of Fasting Through Various Religions

Fasting has become increasingly popular over the last few years, but why the sudden interest? While people have been fasting for thousands of years for religious reasons, it seems now people are starting to understand that there is a lot more to fasting than just religious devotion. Why do so many religions incorporate fasting as a practice?

In this article is shortly presented the tradition of fasting throughout history and across various religions and cultures of the world. 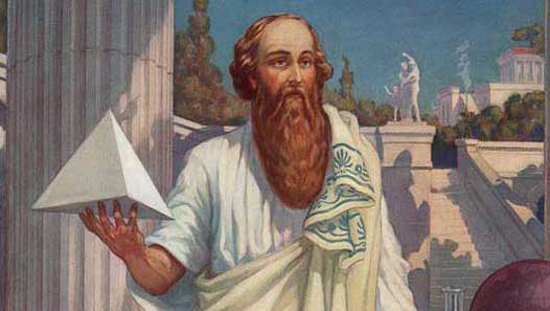 Pythagoras was an advocate of fasting and during the 14th century it was also practiced by St. Catherine of Siena. The famous Renaissance doctor Paracelsus dubbed fasting the “physician within.” Those devoted to this ancient practice claim that it brings physical and spiritual renewal.

In other early cultures, a fast was often demanded before going to war, or as part of a coming of age ritual. Native North Americans would use fasting to avoid catastrophes like famine.

Although it may be hard to believe now, fasting has actually played a key role in all of the world’s major religions, except for Zoroastrianism, which prohibits it. Fasting has been associated with penitence and self-control. Roman Catholics and Eastern Orthodox followers, for example, observe a 40-day fast during Lent, the period in which Christ fasted for 40 days in the desert.

Nowadays, fasting entails a reduction of food intake to one large meal and two small meals that, combined, make less than the large one. No food may be eaten in between and meat must be avoided. This fast is enforced during penitential periods, like Lent, every Friday, sometimes Wednesdays and Saturdays, the Ember days (three days a week for four times a year) and a few specific holidays, and the day before some big feasts. This practice has adapted a lot over the years, becoming less strict over time.

Historically, the “Black Fast” consisted of a single meal per day that was only to be eaten after sunset. Meat, eggs, dairy, and alcohol were completely forbidden. During the Holy Week, which is the last week of Lent, the meal could only consist of bread, salt, herbs, and water. These mandates weakened in the 14th century, however, with the meal shifting to lunch and an evening snack incorporated.

In the 19th century, a morning snack was allowed, and in the 20th century, you could then substitute fasting with prayer and charity. Eastern Catholics are a lot stricter during their fasting periods, eating only one meal during the day and avoiding animal products.

Fasting is one of the Five Pillars of Islam. The others include prayer, charity, pilgrimage, and a declaration of faith. Ramadan, a holiday that requires fasting, is observed for a month each year, and during this time no food is allowed during daylight hours. This includes alcohol and smoking. There are also non-obligatory fasting days, which include all Mondays and Thursdays, or every other day, while certain holy days, especially those involving a feast, forbid fasting.

In the Islam religion, the fast begins with setting an intention, which can be private. If the fast is broken, one must fast an extra day, but if it’s broken with sexual intercourse, one must free a slave, fast for two months, or feed/clothe 60 people.

Fasting is believed to bring you closer to God, creates solidarity with your fasting brothers and sisters, helps you to empathize with the less fortunate. It’s also seen as a way to control desire. Fasting without a spiritual intention, however, is viewed as simply starvation.

Traditional Judaism involves six fasting days throughout the year, during which time one cannot have food or drink from sunset to the following sunset (24 hours). During Yom Kippur and Tisha B’Av, the following restrictions also apply: washing oneself, wearing leather, using perfume, and making love. The other four days of fasting do not have these restrictions. 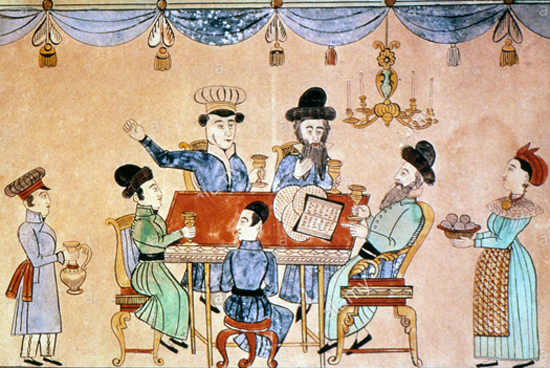 Monks and nuns following the rules of Vinyana do not eat after their noon meal. This makes for a lengthy fasting period each day, but they do not consider this fasting. Rather, it is just a regular regime that aids meditation and good health.

There are eight precepts that prohibit other activities like killing, stealing, sexual intercourse, wrong speech, intoxication, singing/dancing/music/cosmetics, etc. Devout Buddhists follow these rules at all times, while lay Buddhists follow them on every Uposatha day.

Vratas, a religious practice that involves certain obligations, are part of the Hindu religion. Complete or partial fasting is one such vrata. During a vrata period, one must remain clean, be celibate, speak the truth, practice forbearance, abstain from meat, and perform certain rituals. Once begun, a vrata should never be left unfinished, nor should another be started.

Monthly fasting periods include the sunset before to the sunrise after the Ekadashi lunar phases that occur twice per month. These are ideally dry fasts, without water. The various deities have different fasting days. Shiva, for instance, requires fasting on a Monday, while Vishnu requires fasting on a Thursday.

A strict fast for Hindus means no food or water from sunset the day before to 48 minutes after sunrise the following day, or around 36 hours.

Fasting is common among the Jains, who incorporate many forms of fasting into their daily lives, including not eating to satiation. Complete fasting here involves intaking either no food and no water or only boiled water (meant to ensure all microorganisms are killed off). All Jains are also strict vegetarians.

In this religion, fasting is believed to keep the demands of the body in check, uplifting the soul and resolving accumulated bad karma. While one is fasting they should worship, serve the monks and nuns, read scripture, meditate, and perform acts of charity. Fasting is most common on the 8th and 14th days of the moon cycle and three times a year for over a week during festivals.

There are many more religions that incorporate fasting into their holy guidelines and for various reasons, but one thing they all seem to have in common is the idea that abstaining from food brings one closer to God. For some people, the simple act of taking away any form of escape causes them to be more self-reflective and less distracted, thereby bringing them closer to God, which many human beings believe is found within.

If somebody is not religious, they can still practice fasting of their own volition, picking a style that suits their needs, like a weekly or monthly 24-hour fast, daily intermittent fasting, or a three day fast over certain celebratory days.

A Powerful Tool to Manage Stress