Over-Vaccinated Children and the Allergy Epidemic 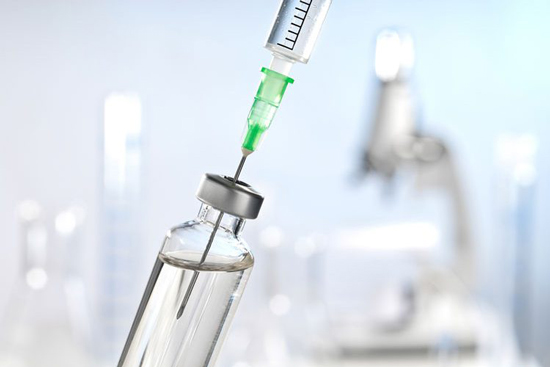 The global prevalence of allergic diseases is skyrocketing, affecting 30% to 40% of the world’s population. Allergic conditions include food allergies, anaphylaxis, asthma, eczema, allergic rhinitis, allergic conjunctivitis and reactions to drugs and insects. Often, these burdensome conditions start young, are overlapping and have the potential to be severe or fatal. A study of children with peanut allergy, for example, found that the median age of onset was 12 months; 40% to 60% of peanut-allergic children had concurrent asthma, atopic dermatitis, and/or other food allergies; and over a third (35%) had experienced anaphylaxis upon initial peanut exposure. Anaphylactic outcomes are worse when multiple allergic conditions are present.

In the U.S., food allergies are widespread and are the most common cause of anaphylaxis in children. One in 13 American children – about two per classroom – has at least one food allergy, and food allergies increased by 50% from 1997 to 2011. An analysis of New York City school system data showed that the incidence of epinephrine administration for severe food allergy increased threefold from 2007 to 2013. Likewise, an escalating number of children have been hospitalized for food allergies or have visited an emergency department for primarily food-related anaphylaxis over the past couple of decades. Similar trends are playing out all over the world.

As each new decade ushers in higher childhood allergy rates, researchers mostly have scratched their heads, citing the poorly operationalized “hygiene hypothesis” or feebly asserting that the reasons for the increase remain “unclear”. A few investigators have pointed to possible risk factors such as cesarean delivery and novel food technologies. However, given that the hallmark of allergic disease is an altered immune response, it stands to reason that vaccines – which purposefully set out to “reprogram immunity” – are major contenders as allergy triggers.

In her 2011 book The Peanut Allergy Epidemic, Heather Fraser assembles persuasive scientific and historical evidence that lays the blame for the mass peanut allergy phenomenon (and the steep rise in childhood allergies of all types) on the “extensive and sudden” changes made to childhood vaccine programs in the U.S. and elsewhere in the late 1980s. According to Fraser, a series of critical factors synergistically converged during this time period to create a perfect storm and launch the allergy and chronic illness epidemics that have been ongoing ever since.

These factors include:
• Abrupt and massive expansion of the childhood vaccine schedule: In the U.S., the schedule went from 3 recommended vaccines in the mid-1980s to 15 different vaccines currently.
• Initiation of vaccination on the day of birth: This includes both the hepatitis B vaccine and synthetic vitamin K injection.
• Changes in vaccine technology: Changes include production of recombinant (genetically engineered) vaccines and conjugate vaccines (which couple a weak vaccine antigen to a protein carrier), both of which actively go after “immunologic memory” and non-antibody immune response.
• Vastly increased use of aluminum adjuvants, which stimulate a stronger immune response that can easily veer into the realm of “immune dysregulation”.
• Increased vaccine coverage: Only about half of American two-year-olds in the late 1980s had completed their recommended series of vaccines, but a decade later, about nine in ten 19-35-month-olds were receiving all or most recommended vaccines.

A study conducted in 2012 and published in 2017 in the Journal of Translational Science compared chronic health problems in vaccinated and unvaccinated 6-to-12-year-olds, in other words, children born between 2000 and 2006. The results lend credence to Fraser’s thinking about vaccination and allergy trends. Among many striking results, the authors found that vaccinated children had a significantly greater odds of having a diagnosed allergic condition compared to unvaccinated children: 10.4% versus 0.4% for allergic rhinitis, 22.2% versus 6.9% for “other” allergies and 9.5% versus 3.6% for eczema and other forms of atopic dermatitis. Other studies also have linked vaccines to atopic conditions and allergic sensitization.

Allergy as an inevitable response to vaccination 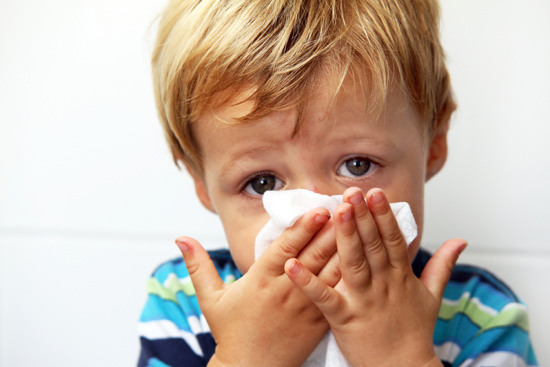 To grasp how the chain of vaccine-related events initiated roughly 30 years ago has bred today’s worldwide allergy epidemics, one has to understand that vaccines, by their very nature, induce an unnatural immune response. This property of vaccines is called “immunogenicity”. Pharmaceutical researchers note that it can be tricky to achieve “wanted” immunogenicity while avoiding “unwanted” immune responses that later result in “clinically adverse consequences”.

Considering this question, Fraser calls attention to an important 1991 paper in The Quarterly Review of Biology that put forth the plausible view of allergy as an evolutionary form of immunological defense against “commonly allergenic” toxins, including metals and carcinogens. From this perspective, allergy symptoms (such as vomiting, sneezing and decreased blood pressure) are logical bodily responses intended to expel toxic substances or slow their circulation in the body.

Fraser elegantly connects vaccines to this view of allergy as an evolved immunological response to toxins. She and other writers have pointed out that awareness of the association between injected toxins and allergic reactions goes back to at least the early 20th century, when a French physiologist coined the term “anaphylaxis” to describe what happened to a dog injected twice with a hive-inducing marine toxin; the dog died within minutes of the second injection, administered three weeks after the first.

Later, a 1940s study described how tetanus vaccine could induce allergy in humans. In fact, the medical literature is replete with terms such as “bystander effects” and vaccine-induced allergic responses to “non-target antigens”, all of which describe vaccines’ almost guaranteed ability to produce unwanted immunogenicity in the form of allergy. Notwithstanding the fact that vaccines also contain a plethora of worrisome ingredients – “immunogens, preservatives, adjuvants, antibiotics and manufacturing by-products” in addition to carrier proteins and live or inactivated viruses and toxins – Fraser believes that vaccines’ skewing of the immune system as a whole is the most significant contributor to subsequent allergy.

The role of aluminum

Because of its powerful immune-stimulating effects, aluminum is the one vaccine ingredient that perhaps should be singled out for its pivotal role in creating allergies. As one research group recently noted, aluminum adjuvants induce “Th2 responses to coadministered antigens and potentially to unrelated environmental allergens, thus providing bystander… responses that contribute to allergic disease”. The probability of sensitization may be even greater with simultaneous administration of multiplealuminum-containing vaccines. Another study from 2016 bluntly stated: “The era of food allergy began with the post-millennial generation, the same faction who received new immunizations during early childhood. Many of these vaccines contain alum, an adjuvant known to induce allergic phenotypes.”

As if the rise of food and other allergies were not bad enough, studies are documenting a qualitative shift in the “natural history” of food allergy toward a “more frequently… persistent rather than… transient” condition. Moreover, dangerous manifestations of allergy such as anaphylaxis may be even more widespread than we know, because anywhere from 21% to 57% of cases of anaphylaxis are misclassified and given a less severe diagnostic code. As a result, children’s quality of life suffers, and once-rare items like epinephrine autoinjectors are becoming a fixture at schools and summer camps.

Although many researchers recognize the importance of avoiding “excessive activation” of the immune system in early life, the rush to overload the vaccine schedule continues unchecked. It is time to look at the scientific evidence and strengthen children’s immune systems in ways that do not result in massive collateral damage.