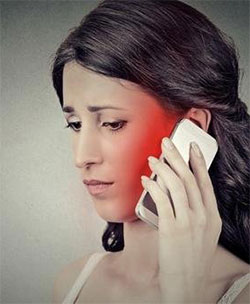 A CBC investigation revealed that cell phones exceed maximum permitted exposures during normal use, and expose Canadians to three to four times more radiofrequency energy than measured during testing per regulations. Since 81% of Canadians are unaware of fine print warnings in the phone or manual, they naturally hold cell phones against ears and carry phones in pockets. Few people distance wireless devices from the body by at least 13 cm for phones and 20 cm for tablets, as is advised.

In response to CBC, the federal government alleges that phones are still “safe” when exposure standards are exceeded.

Claims of outright safety is a departure from Health Canada’s precautionary approaches instituted following the Krever Commission into the tainted blood supply, to acknowledge uncertainties and not to await complete proof of potential harm before taking reasonable action (such as public education). Instead, Health Canada is awaiting consensus that the totality of science shows biological effects that are adverse – a near-impossible bar of proof in a world of industry-sponsored generation of doubt and regulatory capture.

Health Canada refers to a “safety margin”. This is a 10-fold lowering of the exposure limit to extrapolate from laboratory animals to healthy workers, and 5-fold to go from healthy adults to our most vulnerable, including children. “If cell phone radiation was a chemical contaminant, regulators would apply greater ‘uncertainty’ (not ‘safety’) factors, providing greater protection. If drinking water or air was much more polluted than allowed, we would see action,” said Meg Sears, Chair of Prevent Cancer Now. “Public health needs protective limits and relevant testing. At a minimum we need education to put a distance between devices and our bodies. Instead, the federal government is denying and compounding the problem, by accepting compliance testing that is known to be inadequate, undermining their own standards and encouraging complacency.”

In short, industries are commercializing what Health Canada alleges is impossible. 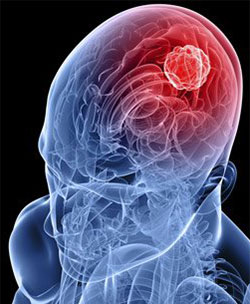 These non-thermal effects include DNA damage and oxidative stress, which can contribute to cancers. In 2011, a Panel of the World Health Organization’s International Agency for Research on Cancer found that RFR possibly causes cancer. Research has progressed, and 2017 reviews from India, Sweden, and Poland conclude that cell phone use is probably or certainly linked with increased risk of brain tumours, most notably in long-term cell phone users with more cumulative hours, and in those who started using cell phones at younger ages. In January 2017, renowned Canadian cancer epidemiologist Dr. Anthony Miller, leading an expert scientific group, stated that the evidence that RFR causes cancer has strengthened considerably since 2011. In the US, brain tumours have overtaken leukaemia and lymphoma as the most common cancer in adolescents.

When contacted by Prevent Cancer Now, Edmonton neuro-oncologist Dr. Jacob Easaw confirmed, “younger patients with brain tumours are presenting more frequently to my clinics. One possible explanation is the use of cell phones. Younger patients may especially be at risk because of thinner skulls and developing/maturing brains.”

Dr. Easaw is working with Dr. Faith Davis to establish a Canadian brain tumour registry, but making a link with cell phones is difficult – it is hard for people to recall how they used a phone. He wondered if there could be an app for that, “you would think it would be possible to track how a phone is used and where it is stored near the body.”

Tumours are also being seen in locations where phones were habitually stored such as the breast – something that is worth tracking. When asked about reporting ill effects associated with wireless devices, Health Canada merely indicated that problems should be reported online, as for other consumer products. “Surely a tumour mirroring where a cell phone was used or stored should be reported to Health Canada differently from a defunct toaster,” observed Sears. “This important medical information needs to be collected.”

Dr. Easaw concludes, “Importantly, the CBC investigation suggests that there should be an immediate re-examination of safety testing procedures for wireless devices to more clearly reflect how these devices are used.”