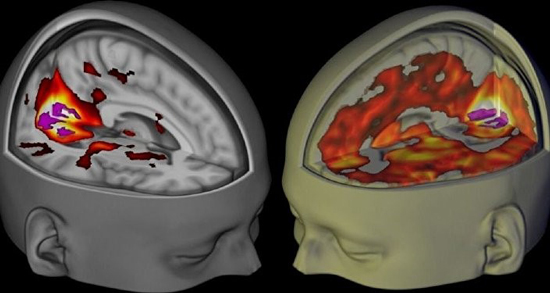 Project MK-Ultra was the name given to an illegal program of human experimentation conducted by the US Central Intelligence Agency, which investigated mind control. The 1975 Church Committee hearings exposed the operation – and on July 20, 1977 a Freedom of Information Act request uncovered a cache of 20,000 documents relating to it.

The origins of MK-Ultra lie in 1945, and Operation Paperclip – the secret transfer of top Nazi scientists to the US. Armed with extensive documentation on unethical Nazi human experimentation, including research into mind control, a clutch of military programs related to mental manipulation and behavioral modification were launched – including projects CHATTER, BLUEBIRD and ARTICHOKE.

Headed by former chemist Dr. Sidney Gottlieb, MK-Ultra began in April 1953 on the orders of then-CIA Director Allen Welsh Dulles. Officially – albeit behind closed doors – the CIA claimed the program was pursued in response to perceived instances of mind control techniques employed by Chinese, North Korean and Soviet forces on Allied prisoners of war in the Korean War. In truth, the agency wished to produce an optimal truth drug for use in interrogations, and explore possible uses for mind controlled subjects – including the control of foreign leaders and assassination.

For the next 20 years, the CIA – in conjunction with the Special Operations Division of the US Army Chemical Corps – engaged in a panoply of illegal activities. Most controversially, unwitting test subjects were subject to a number of techniques to manipulate their mental state and brain functions, including the administration of drugs such as LSD, hypnosis, sensory deprivation, isolation, verbal and sexual abuse, as well as a variety of torture techniques.

A 1955 document describing the substances used in the experiments gives some indication of the sheer scope of the project. This includes drugs that will “promote illogical thinking and impulsiveness to the point where the recipient would be discredited in public”; cause victims to age faster; recreate the effects of alcohol; emulate the symptoms of recognized diseases; induce temporary/permanent brain damage and loss of memory; produce amnesia of particular events; provoke shock and confusion over extended periods of time; create physical disablement (such as paralysis); alter personality structure; cause mental confusion; promote weakness or distortion of eyesight and hearing.

However, LSD came to dominate the program. Typically administered without informed consent to mental patients – a violation of the Nuremberg Code – prisoners, drug addicts and prostitutes (“people who could not fight back” one CIA officer said) in order to study their reactions.

LSD was also administered to CIA employees, military personnel, doctors and other government agents. In one case, the hallucinogenic drug was administered to a mental patient in Kentucky for 174 straight days. In another, the CIA set up several brothels in San Francisco, California, dosed customers, and watched and filmed proceedings via one-way mirrors. Brothels were chosen as a surefire means of ensuring victims would not discuss their experience with others.
Most commonly however, test subjects were interrogated under bright lights while doctors took notes. It has been said being spiked with LSD became an “occupational hazard” for CIA agents during this time. 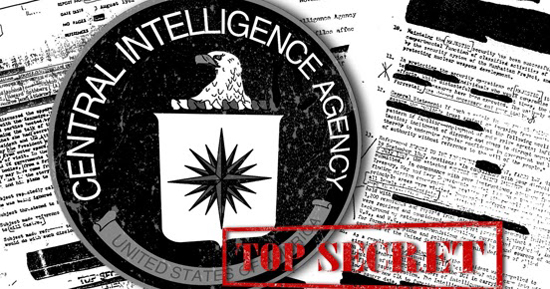 Several deaths reportedly resulted from these actions – most infamously, army scientist Dr. Frank Olson went into deep depression after being unwittingly dosed, later falling to his death from the thirteenth story window of New York City’s Hotel Pennsylvania. While officially ruled a suicide, a 1994 autopsy concluded the circumstances of his death and state prior to the plunge were “rankly and starkly” suggestive of homicide.

Despite such travesties, Dr. Gottlieb continued on with LSD experiments, convinced its volatile nature in fact made it ideal for use in covert operations. As its effects were temporary, he theorized it could be given to high-ranking officials to affect the course of important meetings, speeches and the like.

LSD was eventually jettisoned by MK-Ultra’s research team for being too unpredictable – an alleged turning point was the secret dosing of an agent that sent the individual running across Washington, seeing monsters in every car he passed. In any event, by 1962 the CIA and the army had developed a series of super-hallucinogens, such as BZ – said to be 100 times more powerful than LSD.

The operation continued on until 1973, when CIA Director Richard Helms abruptly ordered all experiments halted, and all relevant files destroyed. He was motivated by the Watergate scandal – fearing subsequent scrutiny of the US secret state’s activities, he wished to ensure any subsequent investigation of such clandestine CIA operations would be impossible.

Helms subsequently admitted to the existence of the program during the 1975 Church Committee investigation – although due to the bonfire of relevant documentation, the Committee could only base their investigation on the sworn testimony of participants.

Nonetheless, a 1977 a Freedom of Information Act request unearthed a cache of 20,000 documents relating to the project, which had been mistakenly filed in a financial records building. These documents were fully investigated in Senate Hearings later that year.

While the remaining documents largely recorded the program’s catastrophic failure, Miles Copeland – former CIA agent and father of Police drummer Stewart Copeland – subsequently suggested the tranche was but a “smokescreen” that offered “the barest glimpse” of the scope of the project. Moreover, he suspected the project wasn’t genuinely terminated in 1973. It may well persist, in even more covert forms, to this very day.