Competing for attention in a social media world: Global demand for plastic surgery is way up

The demand for plastic surgery has gone way up, especially with both men and women’s desires to be constantly attractive not only in real life but also – and sometimes even more so – in social media. 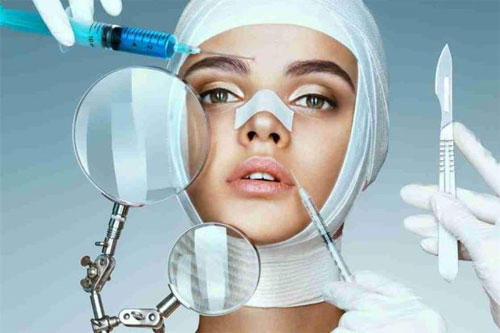 For instance, women who searched for a “designer vagina” have increased by 45 percent in 2016 as compared with data from 2015, making labiaplasty one of the most sought-after cosmetic procedures in the modern world.
“Vaginal rejuvenation is the new trend. The demand for cosmetic procedures is stronger than ever,” International Society of Aesthetic Plastic Surgery (ISAPS) president Dr. Renato Saltz said.

Doctors say that a labiaplasty is a surgery conducted to decrease the size of the labia minora, which are the flaps of skin on either side of the vaginal opening. Some women undergo the procedure because they want to make their vaginas look more attractive, that is, they want their genitals to have a “tighter” look. Some women, on the other hand, opt for a labiaplasty because their labia cause them physical discomfort.

According to NHS Choices, it is not set in stone that a labiaplasty can cause a woman to feel better about herself or achieve the desired appearance that she wants for her vagina.
International Master Course on Aging Science (IMCAS) figures revealed that cosmetic surgery spending has increased by eight percent in a year (2018 as compared to 2017), amounting to $10.7 billion (7.5 billion Britsh pounds). According to industry estimates, this figure is expected to soar by another nine percent until the end of 2019.

Indeed, it wasn’t just labiaplasty that experienced major growth within the last years. Breast augmentation was still the most popular cosmetic procedure in 2016, representing 15.8 percent of all cosmetic surgeries. Liposuction clinched the second spot with 14 percent, eyelid surgery with 12.9 percent, and rhinoplasty or nose jobs with 7.6 percent.

American Society for Aesthetic Plastic Surgery (ASAPS) president Daniel Mills said that it was not merely a selfish sense of vanity that compelled people – mostly women – to turn to cosmetic surgery for self-actualization. He explained that it’s “a desire on the part of baby boomers and their offspring to remain competitive in a youth-centric workforce.”

In today’s world of apps and social media personas, people have become more critical of themselves and their appearance. Women, in particular, have not only taken to dressing themselves well and carefully applying makeup to take the perfect selfie that will bring in hundreds of “likes,” but they have also invested in the purchase of light-up phone cases – an aid in providing good lighting for good-quality photographs. They have also downloaded apps like Instacurves Pro HD which “allows you to enhance your curves or drop inches with just the touch of a button.”

For 16-year-old Jianna, social media played a big part on why she decided to get a nose job. “People would take pictures from the side and zoom in and then screenshot it and be like, ‘wow your nose is really big’ or like the bump on it. Seeing other people and seeing how their faces and how their [bodies are], it affects how I see myself” she said.

Some doctors are sympathetic regarding how concerned people can get about their body image, especially on social media. “Selfies are not 100 percent accurate because of the angle that [people] are using,” said Dr. Sam Rizk, Jianna’s doctor and the director of Manhattan Facial Plastic Surgery.

According to an article that was published in a newsmagazine of the American Academy of Pediatrics in January 2015, parents should keep themselves abreast of “what their children view on social media.” They should also look out for search phrases such as “thinspiration,” “pro-ana/pro-mia,” and “thigh gap,” adding, “Parents who suspect their child is overly concerned about body image… talk with their pediatrician about screening and ways to guide children in a healthy direction.”