Fasting, a mainstay of virtually every cultural and religious tradition on earth, is an essential tool in the management of autoimmune disease, and should be considered as a therapeutic intervention in autoimmune patients in order to improve both metabolic and immune parameters. 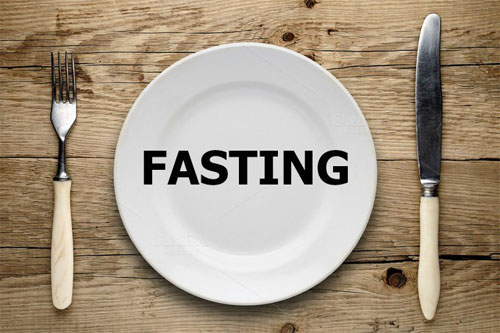 Fasting: A Long-Neglected Facet of the Human Condition

For millennia, fasting has been one of the anchoring rituals in a variety of spiritual denominations. For example, all the major world religions, including Hinduism, Buddhism, Islam, Christianity, and Judaism espouse religious doctrines that prescribe fasting on designated calendar days. In addition, fasting is a practice rooted in evolutionary biology, since throughout evolutionary history, human bodies have adapted to periods of feast and famine. Matron and colleagues articulate this with, “Because animals, including humans, evolved in environments where food was relatively scarce, they developed numerous adaptations that enabled them to function at a high level, both physically and cognitively, when in a food-deprived/fasted state” (Mattson, M. P., Longo, V. D., & Harvie, M. (2016). Review: Impact of intermittent fasting on health and disease processes. Aging Research Reviews).

In contrast, contemporary human populations fall victim to the erroneous socioculturally constructed notion that three square meals a day begets health. However, ad libitum eating patterns and food overconsumption predictably lead to metabolic derangements such as insulin resistance, visceral adiposity, and endothelial dysfunction, especially when coupled to a sedentary lifestyle. These metabolic morbidities are the precursor to many of the long latency, degenerative diseases of modern society, such as cardiovascular disease, diabetes, and autoimmune disorders.

Benefits of Fasting for Aging and Disease

On the other hand, caloric restriction (CR) has been shown to enhance longevity and mitigate disease, as, “The cellular and molecular mechanisms responsible for the protective effects of CR have likely evolved billions of years earlier in prokaryotes attempting to survive in an environment largely or completely devoid of energy sources while avoiding age-dependent damage that could compromise fitness” (Longo, V. D., & Mattson, M. P. (2014). Fasting: Molecular Mechanisms and Clinical Applications. Cell Metabolism). These pathways are conserved from lower to higher life forms.

For instance, when Escherichia coli (E. coli) are switched from a nutrient-rich broth to a calorie-free medium, their chronological lifespans are extended by a factor of four. Similarly, transitioning cells of Saccharomyces cerevisiae (S. cerevisiae), or common brewer’s yeast, from a standard growth culture to water consistently multiplies their lifespan two-fold and leads to dramatic increases in their resistance to stress. By the same token, food dilution or food reduction reliably extends lifespan of Drosophila melanogaster, the common fruit fly. Further, subjecting the nematode Caenorhabditis elegans (C. elegans) to food deprivation likewise results in a major increase in lifespan.

Evidentiary Support for Fasting in Autoimmunity

With respect to autoimmune disease in particular, fasting has been shown to reduce pathologic paracellular intestinal permeability, the precursor to all autoimmune disorders. Along with genetic predisposition and an environmental trigger, compromised gut barrier integrity is a prerequisite for autoimmune disease development. The violation of tight junction architecture is pivotal for loss of oral tolerance, since intestinal hyper-permeability enables the translocation of undigested food antigens, toxicants, and microbes across the mucosal barrier, eliciting an immune response from the gut-associated lymphoid tissue (GALT), which can manifest as autoimmune disease. In this respect, fasting holds incredible promise, since, “The autoimmune process can be arrested if the interplay between genes and environmental triggers is prevented by re-establishing intestinal barrier function” (Fasano, A., & Shea-Donohue, T. (2005). Mechanisms of disease: the role of intestinal barrier function in the pathogenesis of gastrointestinal autoimmune diseases. National Clinical Practice in Gastroenterology & Hepatology).

In particular, pooling of data from four controlled studies elucidated that fasting followed by a vegetarian diet ameliorates disease symptomatology and produces significant long-term clinical benefit in rheumatoid arthritis. Another study likewise demonstrated that prolonged fasting for seven to ten days leads to significant clinical improvement in rheumatoid arthritis, although improvements were lost when normal dietary habits were resumed, suggesting that cycles of fasting and re-feeding may be needed. Similarly, another study highlighted that fasting led to a decline in disease activity, as measured by a clinical six-joint score, in rheumatoid arthritis patients, accompanied by decreases in intestinal and extra-intestinal permeability. 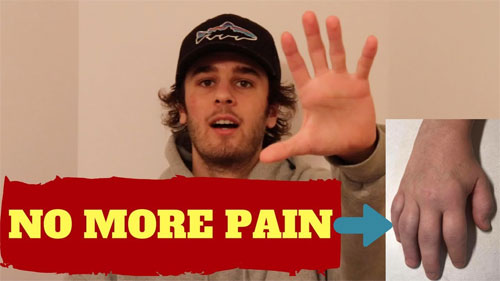 Moreover, in a remarkable case study that included patients with rheumatoid arthritis, fibromyalgia, and mixed connective tissue disease, prolonged fasting followed by a vegan diet allowed tapering of medications and led to patients being symptom-free or having minimal symptoms at follow-up.

There is also empirical support for a fasting mimicking diet (FMD) in multiple sclerosis. Impressively, FMDs have been shown to induce regeneration of oligodendrocyte precursor cells and remyelinate axons in experimental autoimmune encephalomyelitis (EAE), the mouse model of multiple sclerosis. In fact, “A FMD administered every week was effective in ameliorating EAE symptoms in all mice and completely reversed disease progression in a portion of animals after the onset of EAE signs” (Choi, I.Y., Piccio, L., Childress, P., Bollman, B., Ghosh, A., Brandhorst, S., & … Longo, V. D. (2016). A Diet Mimicking Fasting Promotes Regeneration and Reduces Autoimmunity and Multiple Sclerosis Symptoms. Cell Reports). In this study, reductions in pro-inflammatory cytokines, pathogenic Th1 and Th17 cell populations, and numbers of antigen-presenting cells occurred, while regulatory T cells, the subset of lymphocytes responsible for Th1-Th2-Th17 balance and attenuation of autoimmune responses, expanded. Suppression of autoimmunity also occurred by both induction of lymphocyte apoptosis and increases in corticosterone levels.

In addition, in a randomized, parallel-group, three-armed pilot trial, a single cycle of a FMD for seven days followed by a six month Mediterranean diet significantly improved quality of life compared to both a ketogenic diet (KD) and the control group in patients with relapsing-remitting multiple sclerosis (RRMS). Both the KD and FMD also led to a mild reduction in expanded disability status scale (EDSS) scores, which were inversely correlated with health-related quality of life (HRQOL) scores. In both the FMD and KD groups, slight reductions in white blood cell and lymphocyte counts were observed, along with increases in plasma beta-hydroxybutyrate, a ketone body indicative of induction of therapeutic ketosis. Moreover, at day eight of fasting, the FMD produced over a 20% decline in total lymphocyte count in 72% of patients, which the authors suggest may ameliorate MS symptoms via reductions in auto-reactive lymphocytes.

However, levels of autoimmune lymphocytes returned to baseline levels at month three after patients were transitioned to a Mediterranean diet, again suggesting that continued fasting cycles are required to maintain clinical benefits.

Further, enhanced cholinergic anti-inflammatory neurotransmission through the vagal nerve inhibits release of cytokines from glial cells, leukocytes, and macrophages, such that these pro-inflammatory intercellular signaling molecules implicated in autoimmune pathogenesis are suppressed.

DNA based repair mechanisms, stem cell-based regeneration, and autophagy of dead cells, debris, and amyloid beta plaques and tau protein, both of which are implicated in neurodegenerative diseases, are also promoted by fasting. Autophagy, the process of protein degradation and turnover of other cell constituents, is instrumental in maintenance of homeostasis. At the level of the brain, fasting enhances executive function and cognition, synaptic plasticity, neurogenesis, mitochondrial biogenesis, synthesis of neurotrophic factors, and ameliorates inflammation.

In addition, fasting may mediate an anti-inflammatory effect via modulation of mechanistic target of rapamycin (mTORC) or adenosine monophosphate-activated protein kinase (AMPK), intracellular sensors which integrate environmental cues and detect accessibility of nutrients in order to dictate cell fate. In particular, mTORC1 is considered a critical positive determinant and rheostat of the immunosuppressive actions of Tregs, which couples immune signals and metabolic programming in establishing functional competency of Treg populations. 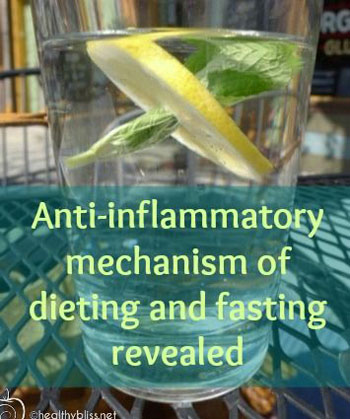 The notion that fasting relieves autoimmunity via these molecular mechanisms is supported by studies showing that the AMPK agonist, metformin, or the mTORC1 inhibitor, rapamycin, alleviates EAE by diminishing effector T cells, enhancing Treg cells, and prohibiting central nervous system infiltration by mononuclear cells (23, 24). Thus, fasting may be efficacious in preventing recruitment of immune cells at sites of autoimmune lesions.

Furthermore, fasting leads to significant reductions in levels of leptin, a pro-inflammatory adipokine that is elevated in rheumatoid arthritis, systemic lupus erythematosus, type 1 diabetes, autoimmune hepatitis, multiple sclerosis, Behcet’s disease, psoriasis, and ulcerative colitis. This has the effect of up-regulating CD4+ CD25+ Foxp3+ regulatory T cells, the subset of immune cells which induce peripheral immune tolerance, are depleted in autoimmune disease, and are inhibited by leptin.

Fasting also improves ketone production, insulin sensitivity, hepatic glycogenolysis, adipose tissue lipolysis, and anabolic activity in muscle, all of which promote metabolic correction. A review of the literature also reveals that fasting improves many other metabolic biomarkers, such as glucose, lipids, leptin, and adiponectin (Patterson et al., 2015). Increases in adiponectin, which occur with fasting, are favorable since levels of this anti-inflammatory fat tissue-derived adipokine are compromised in multiple sclerosis, psoriasis, and Sjogren’s.

Fasting may also produce cardiometabolic improvements by leveraging and synchronizing circadian rhythm biology. According to Patterson and colleagues (2015), “It is hypothesized that some fasting regimens and time-restricted feeding impose a diurnal rhythm in food intake, resulting in improved oscillations in circadian clock gene expression that reprogram molecular mechanisms of energy metabolism and body weight regulation” (Practice Applications: Intermittent Fasting and Human Metabolic Health. Journal Of The Academy Of Nutrition And Dietetic). In addition, fasting may shift microbiota populations towards a healthier composition, such that they harvest less energy from the diet and favorably affect energy expenditure and storage. This effect may also be mediated through the circadian rhythm, since perturbed microbiota diurnal fluctuations and dysbiosis has been linked to glucose intolerance and obesity.

The improvement in sleep alone may warrant fasting strategies, since sleep can facilitate excretion of toxicants implicated in autoimmunity. After all, “…sleep at the behavioral level is a process of neuronal restitution and detoxification at the cellular level” (Inoue, S., Honda, K., & Komoda, Y. (1995). Sleep as neuronal detoxification and restitution. Behavior and Brain Research). Restorative sleep and a normalized circadian rhythm enhance the convective exchange of cerebrospinal fluid with interstitial fluid, which in turn increases clearance of β-amyloid plaques and other neurotoxic waste products that accumulate in the central nervous system via the recently discovered lymphatic system of the brain.

Furthermore, it has been demonstrated that the enzymes of the three hepatic phases of detoxification, as well as drug-responsive nuclear receptors, function on a circadian rhythm, so a perturbed biological clock, which appears in autoimmunity, can lead to toxicant-induced pathology and altered drug metabolism.

Finally, fasting represents the ultimate reduction in antigenic load. In other words, fasting provides the body with a hiatus from the energetically intensive demands of digestive processes, and temporarily reduces exposure of the digestive tract to dietary food proteins that may be contributing to inflammation via allergenicity or other immune-mediated food reactions. Therefore, given its safety, efficacy, and the host of health benefits it imparts, fasting may be a viable option for inclusion in a holistic, food-as-medicine regimen for autoimmune wellness.

Narcotics and Covert Intelligence: How the CIA Commandeered the War on Drugs (1)