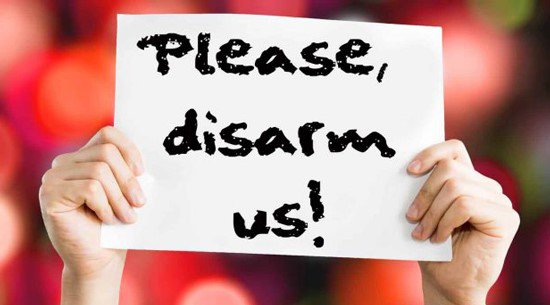 As the media and government focused their attention on the thousands of teenagers demanding the state take away their right to self-defense in the March for our Lives rally, five big stories were buried in the press.

Over the last weekend of March (2018), hundreds of thousands of children, teens, and adults alike took part in the March for Our Lives rally to demand government take away their rights. Celebrities like George and Amal Clooney, Steven Spielberg, Kate Capshaw, Jeffrey Katzenberg, and Oprah Winfrey all pledged to donate $500,000 each to the rally. Ironically enough, these people all think they are doing something heroic and brave. However, in reality, they are being used as tools of the state to strip Americans of their rights.

When hundreds of thousands of people march on the capital to demand the government take away their rights, we are witnessing the power of years of public indoctrination. Political activism has been co-opted by the establishment who now exploits young Americans to promote an agenda of gun control. Aside from being incredibly shameful, watching Americans beg the state to take away their right to self-defense is a telling sign of how well the indoctrination system is working.

This exercise in despotism and celebration of tyranny, dubbed March for Our Lives, dominated the news cycle over that weekend. The media, celebrities, and government alike celebrated, promoted, and sanctioned the idea of taking away citizens’ rights – all the while downplaying and ignoring other extremely important issues.

Following is a list of five stories the media buried while promoting and spotlighting teenagers who are begging for tyranny.

1. Video of Stephan Paddock has finally been released

In spite of the dozens of Freedom of Information Act requests by local media and lawsuits demanding the release the surveillance footage, somehow the New York Times was able to obtain the exclusive footage allegedly showing Las Vegas gunman Paddock inside the hotel.
In the chilling video, we can see Paddock alone and blending in, never looking suspicious and even raising his hands in delight when he won $1,000 while gambling and eating sushi.

However, behind the scenes, Paddock was filling his room with dozens of weapons and thousands of rounds of ammunition. “Over and over in the clips, Mr. Paddock is seen leaving the Mandalay Bay for his home in Mesquite, returning with a dark minivan loaded with suitcases”, the Times reported.
While the release of this footage is certainly a step in the right direction, this case remains shrouded in secrecy and deceit. What’s more, the NY Times was given hundreds of hours of video and yet they only released less than ten minutes of it. Until all the footage and evidence is publicly released, authorities and the mainstream media alike are doing a disservice to the public.

2. Americans waking up to the “shadow government” who runs things behind the scenes

According to a Monmouth University Poll that was released in March, the majority of Americans believes that a group of unelected government and military officials secretly manipulate the United State government from behind the scenes.
According to the poll, both democrats and republicans feel that there is a “Deep State” faction that works in secrecy and exists to shape policy as well as spy on American citizens.

A majority of the American public believe that the U.S. government engages in widespread monitoring of its own citizens and worry that the U.S. government could be invading their own privacy. The Monmouth University Poll also finds a large bipartisan majority who feel that national policy is being manipulated or directed by a “Deep State” of unelected government officials. Americans of color on the center and left and NRA members on the right are among those most worried about the reach of government prying into average citizens’ lives. Not only do the majority assert that there is indeed a deep state, but they also readily admit that they think the US government is actively engaged in surveillance against its own citizens. Again, illustrating the ominous nature of such a notion, party lines did not matter. The suspicion of the government violating the rights of its own citizens is bipartisan. 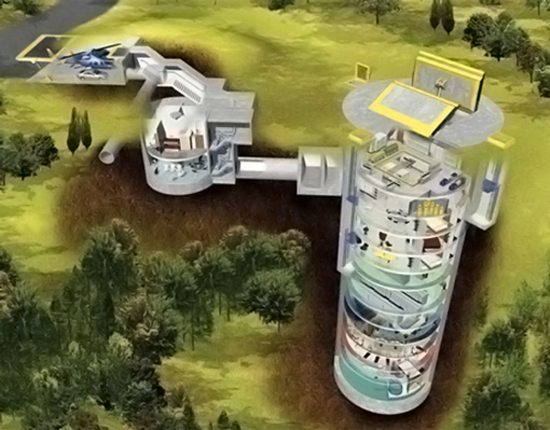 A rather unsettling report out of Washington D.C. in March shows that high-level government officials and national security officers are flocking to a network of doomsday camps. Exactly why they are doing so is unclear, however, it raises the question: what do they know that we don’t?

As the Washington Examiner reports, a building network of backwoods doomsday camps around the country are pulling in members from affluent areas and even Washington national security officials as the threats grow from nuclear war, an EMP or virus attack.
One such camp is called the Fortitude Ranch which provides all the amenities of a private doomsday camp but is more affordable because it is shared.

“We’re seeing members from all the three letter agencies”, said Fortitude creator Drew Miller, a retired Air Force colonel and intelligence officer, in a reference to the Central Intelligence Agency, Defense Intelligence Agency and Federal Bureau of Investigation.
Miller claims that an attack on the electrical grid inside the United States is “inevitable” and the impetus behind the Fortitude Ranch.

As the Examiner reports, one of his members from the Baltimore area, speaking on background, said that he and others joined after “waking up” to the potential of a national crisis from an attack, financial meltdown or political violence. “For most of us, something rattled our cages and woke us up”, he said.

4. Obama and Trump Insiders Blow Whistle, Reveal Facebook allowed Them both to Spy on Americans

Carol Davidsen worked as the media director at Obama for America re-election campaign in 2012. She was responsible for maintaining a relationship with potential voters and she used Facebook to do it. However, it wasn’t just creating a page and attracting followers, Davidsen was given inside access because Facebook favored Obama which allowed the campaign to receive unprecedented data on millions of users.

“Facebook was surprised we were able to suck out the whole social graph, but they didn’t stop us once they realized that was what we were doing”, wrote Davidsen.
While Davidsen’s testimony revealed spying on behalf of the left, another whistleblower from Cambridge Analytica exposed the Trump campaign doing the exact same thing.

What this reveals is not some leak or breach, but rather the true purpose of Facebook’s existence – a tool of the corporate state to know everything about you, legally. As Snowden noted, Facebook is a surveillance program simply disguised as “social media”.

5. Police across Florida confiscating guns without due process

In what’s being called the first gun confiscation of its kind in Florida, police have taken four guns and a couple hundred rounds of ammunition from a 56-year-old Lighthouse Point man. The man was not tried, had not committed a crime, and the guns were solely removed because “experts” deemed him a threat.
Florida’s law also mirrors another due process-removing law that was used in Washington state to remove a man’s guns.

There is a law on the books known as the Extreme Risk Protection Order or ERPO, which went into effect in June of 2017. This law is used when a person is considered an “extreme” threat as reported by police and family members. An ERPO must be approved by a judge and only after this person is proven to be a danger to themselves or others can police move in to confiscate their weapons.
“We now have to go to someone’s house and knock on the door and say: ‘We’re from the government. Can we have your guns?’,” Seattle police Sgt. Eric Pisconski said.