In Japan is already official: they are putting press in the leash!


Specifically, the government is able to shut down broadcasters that it feels are biased, namely those who do not express the correct politics coming from high up 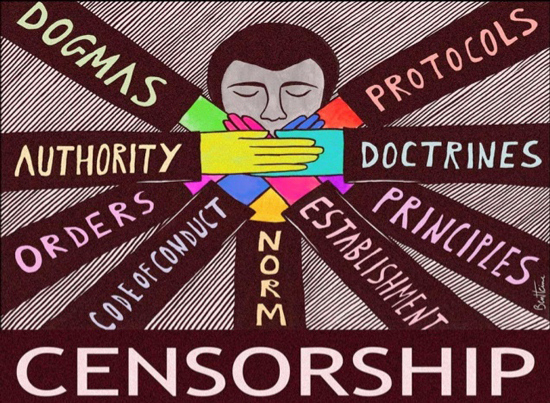 Back in 2016, while she was the Internal Affairs and Communications Minister of Japan, Sanae Takaichi said the government can order broadcasters to suspend operations if they continue to air TV programming that is deemed politically biased, a remark that may be perceived as repressing free speech.

During a Lower House Budget Committee in February 2016, Takaichi, a conservative Liberal Democratic Party lawmaker, said that the government is legally authorized to order stations and networks to cease broadcasting if they ignore official calls to remain “politically neutral” as stipulated in the broadcasting law.
“I don’t think I would resort to such measures myself. But there is no guarantee that future internal affairs ministers won’t” Takaichi said.

Yoshihide Suga, who was the Chief Cabinet Secretary, defended Takaichi, saying she merely reiterated the government’s traditional stance on the matter and that her remark was made strictly in accordance with existing law.
Her remark was in response to the claim by Democratic Party of Japan lawmaker Soichiro Okuno that a string of newscasters known for their candid critiques of the powerful, such as Hiroko Kuniya at NHK and Ichiro Furutachi at TV Asahi, are stepping down.
Okuno also pointed out that the LDP, headed by Prime Minister Shinzo Abe, appears to be tightening its grip on the media.

In March 2015, Shigeaki Koga, an outspoken former official in the Ministry of Economy, Trade and Industry, announced on air he was ending his regular appearance on TV Asashi’s “Hodo Station” nightly news program, citing pressure from Suga.

Article 174 of the Broadcast Law states that the internal affairs minister is authorized to suspend broadcasting that violates the law, including that which fails to remain politically neutral.
“It sounds as if the government can suspend the activities of broadcasters or remove newscasters just because they criticized the government”, Okuno said.
In response, Takaichi said she “cannot promise” that the government will never take action against broadcasters who ignore official warnings. Okuno said such intervention from authorities will have a chilling effect on freedom of speech and the press.

Takaichi also elaborated on what she defines as politically biased TV programming.
Examples include, she said, broadcasters who “highlight only one aspect of a polarizing political affair” or are “persistently covering one candidate ahead of an election” to such an extent that the fairness of the event may be undermined.

Yasuhiko Tajima, a professor of media law at Sophia University in Tokyo, described Takaichi’s comment as “unjust” in that it could have a chilling effect on – and reinforce global scepticism of – Japan’s freedom of the press.
He also said the Broadcast Law’s mention of political neutrality, which according to Tajima was originally supposed to be a mere ethics guideline, should not be used to justify government intervention.
Furthermore, he pointed out, should the government go ahead with suspending certain politically biased TV programs, it would violate the Constitution, which guarantees the right to free speech.

Three Foods That Look Like the Organ They Heal