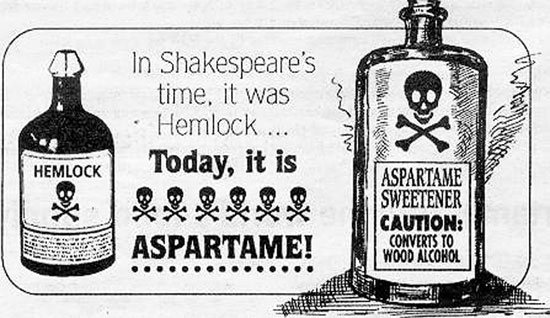 While a “sedentary lifestyle” is the new modern scapegoat for all that ails us, Indian doctors are pointing fingers at ingredients commonly found in sodas: ingredients in both diet and regular.
In the summer of 2017, India’s biggest independent news network reach out to fertility and gynecological doctors to get their input on carbonated beverages and their effects on fertility in men and women.

Arvind Vaid, a fertilization expert, said: “Almost all of the soft drinks and sodas contain aspartame which is linked to many health problems including infertility, malformations and miscarriages.”
He added that “Excess consumption leads to hormonal imbalance and fluctuation that causes ovulatory disorders and even worsens PMS.”

The experts said that the problem was the isolation of two amino acids: phenylalanine and aspartic acid. When not with other amino acids, they say that eating the unaccompanied aminos leads to free radical damage and stimulating healthy cells to death. The byproduct of aspartame actually metabolizes into formaldehyde and accumulates in the tissues of rats for a long time after oral exposure. Substances like this are often called excitotoxins and excite brain cells to death.

“Sperm and ovum, being cells, have 90 percent chance of dying when this is consumed in excess. It is advised by many doctors and experts to avoid anything that helps in the formation of free radicals in the body for the significance of reproductive health”, Vaid said.

Additionally, if a substance affects the pituitary-thyroid axis (endocrine system) it stands to reason that it affects sex hormones, maybe not directly, but as it affects the parts of the brain in control of sex hormones.
They don’t just level caution about diet sodas, however. They find that regular sodas cause harm, too.

Rachna Jaiswar, associated with Gynaecology Department of Safdarjung Hospital, notes that sperm cells cannot find enough nutrients in a high pH environment and adds: “Soda is a highly acidic beverage, which alters the pH level of the body with excess consumption. Moreover, Bisphenol-A (BPA), a chemical that reduces the male semen quality, is found in the lining of plastic bottles and most canned goods. Men who consume soft drinks more often are at four times the risk of lowering their sperm count, motility and concentration.”

Lastly, they take problems with both caffeine and high fructose. Fertility expert Radhika Vajpayee says: “Caffeine is known to be a vasoconstrictor that reduces uterine blood flow thereby reducing menstrual bleeding and shortening the duration of menses. Combination of caffeine, aspartame and fructose affects the sex hormones and the hormone receptors, even leading to infertility.”

Interestingly, these experts don’t believe in the safety information about artificial sweeteners and even sodas that belches out of America. They don’t pull punches – for a better chance with fertility, it is prudent to find replacements for carbonated beverages such as sparkling mineral water with fruit or kombucha.