Nanoparticle additives in your food (1)

Nanoparticle additives in food may adversely affect your digestive tract, liver, kidney, heart and brain. They’ve also been linked to inflammation, and may “prime” you to develop disease. 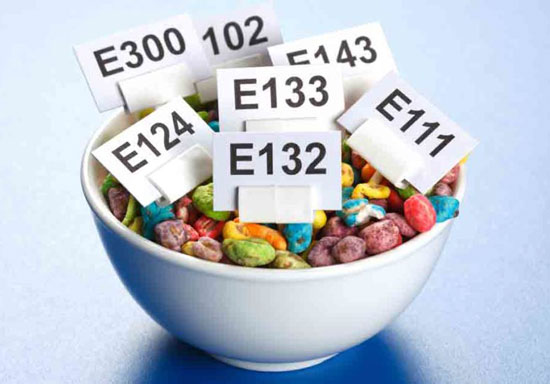 Due to mounting safety concerns, France recently banned nanosized titanium dioxide in food, effective 2020. There are no regulations governing nanoparticles in food in the U.S.

Additives are used in food processing to improve taste, texture and appearance, slow spoilage, prevent fats and oils from going rancid, prevent browning, and fortify the food with synthetic vitamins and minerals to replace the natural ones that were lost during processing.

Nanoparticles are also used in packaging, and may migrate onto the food. Nanosized silver, commonly used as an antimicrobial agent in food packaging, may kill beneficial gut bacteria and alter your gut microbiome if ingested.

Processed food is the antithesis of a healthy diet for a number of different reasons, the addition of unregulated and often undisclosed chemicals being a significant one. Besides preservatives, emulsifiers, colors and flavors, which are generally listed, there are any number of others that do not have to be disclosed, as they’re considered “processing aids.”

Additives are used in food processing to slow spoilage, prevent fats and oils from going rancid, prevent browning, and fortify or enrich the food with synthetic vitamins and minerals to replace the natural ones that were lost during processing.

They’re also added to improve taste, texture and appearance, as many processed foods would be as dull and bland as cardboard without some artificial help. But despite widespread use, many food additives have questionable safety profiles, or none at all, since only a small percentage have ever been properly tested.

One such in the U.S.’s largely unregulated, group of food additives are nanoparticles, which are rapidly gaining favor in the food industry. Tests by the Adolphe Merkle Institute of the University of Fribourg and the Federal Food Safety and Veterinary Office in Switzerland found nanosized titanium dioxide, silicon oxide and talc in 27% of the food products tested.

“This suite of ingredients, engineered to almost atomic scale, may have unintended effects on cells and organs, particularly the digestive tract. There are also indications that nanoparticles may get into the bloodstream and accumulate elsewhere in the body. They have been linked to inflammation, liver and kidney damage and even heart and brain damage,” The Guardian reports in a recent article.

Nanoparticles have gained popularity in the food industry for their ability to “improve” the texture, appearance and flavor of food. Silicon dioxide, for example, is added to many spices and salts as an anticaking agent, meaning it allows the spices to flow easier and not clump together.

Titanium dioxide (labeled E171 in the EU), is a whitening agent used in a wide variety of products, from chocolate and chewing gum to baked goods, milk powders and mayonnaise. However, while titanium dioxide has long been considered inert, concerns about nanosized titanium dioxide have been raised for years.

According to The Guardian, “the tiny metal additive has … been shown to accumulate in liver, spleen, kidney and lung tissues in rats when ingested and to damage the liver and heart muscle.”

Christine Ogilvie Hendren, executive director of the Center for the Environmental Implications of NanoTechnology at Duke University, told The Guardian that she washes “all my foods like crazy,” in an effort to remove surface nanoparticles.

Christine K. Payne, associate professor of mechanical engineering and materials science, Duke University, added “There might be concerns for toddlers when you have a small body mass that you’re eating a lot of these … products.”

Due to mounting safety concerns, France recently banned nanosized titanium dioxide in food, effective 2020. According to Reuters, “the country’s health and safety agency said there was not enough evidence to guarantee the safety of the substance.”

According to Payne, her studies (which are focused on the inhalation of nanomaterials) have revealed “lots of unexpected molecular and genetic effects” even at levels up to 100 times below those deemed safe by conventional toxicology tests. Payne told The Guardian:

“What all labs [doing such research] are seeing now is that there are effects beyond toxicity, so you can work at non-toxic concentrations but still see, for example, an oxidative stress response which can lead to inflammation.”

In his safety review “Is Nano Safe in Foods?” published November 2017, David Julian McClements from the University of Massachusetts discusses nanoparticles’ effect on the human gastrointestinal tract, as well as some of the potential toxicity mechanisms of various food-grade nanoparticles, concluding “there is evidence that some of them could have harmful effects.” 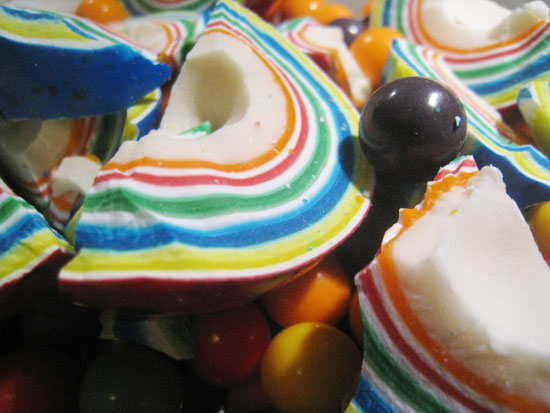 Not all nanoparticles are added directly to the food itself. They’re also used in packaging, and may migrate onto the food. According to McClements, these nanoparticles may also pose health hazards. Nanosized silver, for example, commonly used as an antimicrobial agent in food packaging, may kill beneficial gut bacteria and alter your gut microbiome if ingested.

Research published in May 2019, found nanoparticle-sized titanium dioxide administered in drinking water impacted the gut microbiota in mice in a way that might trigger inflammatory bowel diseases and/or colorectal cancer. As explained by the authors:

“While TiO2 [nanosized titanium dioxide] had minimal impact on the composition of the microbiota in the small intestine and colon, we found that TiO2 treatment could alter the release of bacterial metabolites in vivo and affect the spatial distribution of commensal bacteria in vitro by promoting biofilm formation.

These changes were associated with colonic inflammation, as shown by decreased crypt length, infiltration of CD8+ T cells, increased macrophages as well as increased expression of inflammatory cytokines.

These findings collectively show that TiO2 is not inert, but rather impairs gut homeostasis which may in turn prime the host for disease development.”

“There is increasing evidence that continuous exposure to nanoparticles has an impact on gut microbiota composition, and since gut microbiota is a gate keeper of our health, any changes to its function have an influence on overall health.

This study presents pivotal evidence that consumption of food containing food additive E171 (titanium dioxide) affects gut microbiota as well as inflammation in the gut, which could lead to diseases such as inflammatory bowel diseases and colorectal cancer.” 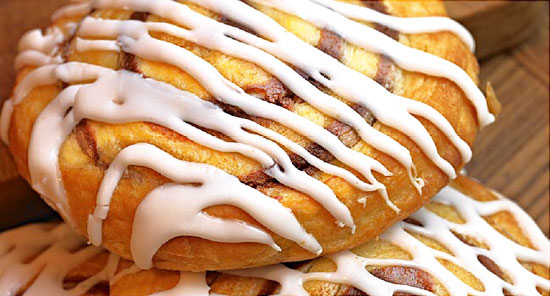 A recent study published in the journal Environmental Science: Nano sought to determine whether nanosized titanium dioxide could affect the intestinal barrier function, the aim of which is to protect your body from external threats, if so, how.

Epithelial cells repeatedly exposed to TiO2 developed an inflammatory profile, together with increased mucus secretion. Epithelial integrity was unaltered, but the content of ATP-binding cassette (ABC) family xenobiotic efflux pumps was modified. Taken together, these data show that TiO2 moderately but significantly dysregulates several features that contribute to the protective function of the intestine.”

Majestic 12, the Secret Space Program, and The Wilson Memo (1)