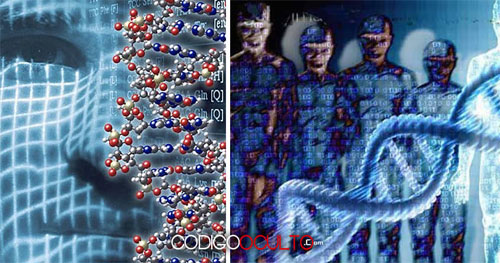 Scientists have discovered evidence of an ancient alien civilization after testing the oldest known DNA sample.
The DNA, which dates back over 400,000 years, belongs to a mysterious ‘alien’ human ancestor, researchers say. These new findings could shed light on a mysterious extinct branch of humanity known as Denisovans, who were close relatives of Neanderthals, scientists added.

Although modern humans are the only surviving human lineage, others once strode the Earth. These included Neanderthals, the closest extinct relatives of modern humans, and the relatively newfound Denisovans, who are thought to have lived in a vast expanse from Siberia to Southeast Asia. Research shows that the Denisovans shared a common origin with Neanderthals but were genetically distinct, with both apparently descending from a common ancestral group that had diverged earlier from the forerunners of modern humans.

To discover more about human origins, researchers investigated a human thighbone unearthed in the Sima de los Huesos, or “Pit of Bones”, an underground cave in the Atapuerca Mountains in northern Spain. The bone is apparently 400,000 years old.

“This is the oldest human genetic material that has been sequenced so far,” said study lead author Matthias Meyer, a molecular biologist at the Max Planck Institute for Evolutionary Anthropology in Leipzig, Germany. “This is really a breakthrough – we’d never have thought it possible two years ago that we could study the genetics of human fossils of this age.” Until now, the previous oldest human DNA known came from a 100,000-year-old Neanderthal from a cave in Belgium.

The Sima de los Huesos is about 100 feet (30 meters) below the surface at the bottom of a 42-foot (13-meter) vertical shaft. Archaeologists suggest the bones may have been washed down it by rain or floods, or that the bones were even intentionally buried there.

The researchers reconstructed a nearly complete genome of this fossil’s mitochondria – the powerhouses of the cell, which possess their own DNA and get passed down from the mother. The fossils unearthed at the site resembled Neanderthals, so researchers expected this mitochondrial DNA to be Neanderthal.

Surprisingly, the mitochondrial DNA reveals this fossil shared a common ancestor not with Neanderthals, but with Denisovans, splitting from them about 700,000 years ago. This is odd, since research currently suggests the Denisovans lived in eastern Asia, not in western Europe, where this fossil was uncovered. The only known Denisovan fossils so far are a finger bone and a molar found in Siberia. 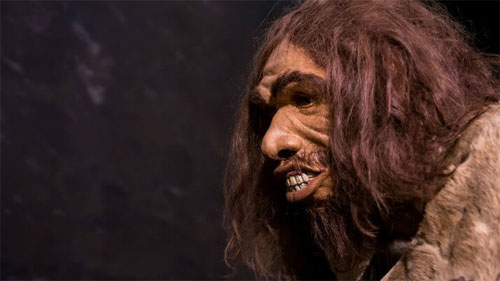 “This opens up completely new possibilities in our understanding of the evolution of modern humans, Neanderthals and Denisovans,” Meyer said.

The researchers suggest a number of possible explanations for these findings. First, this specimen may have been closely related to the ancestors of Denisovans. However, this seems unlikely, since the presence of Denisovans in western Europe would suggest an extensive overlap of territory with Neanderthal ancestors, raising the question of how both groups could diverge genetically while overlapping in range. Moreover, the one known Denisovan tooth is significantly different from teeth seen at the Pit of Bones.

Second, the Sima de los Huesos humans may be related to the ancestors of both Neanderthals and Denisovans. The researchers consider this plausible given the fossil’s age, but they would then have to explain how two very different mitochondrial DNA lineages stemmed from one group, one leading to Denisovans, the other to Neanderthals.

Third, the humans found at the Sima de los Huesos may be a lineage distinct from both Neanderthals and Denisovans that later perhaps contributed mitochondrial DNA to Denisovans. However, this suggests this group was somehow both distinct from Neanderthals but also independently evolved several Neanderthal-like skeletal features.

Fourth, the investigators suggest a currently unknown human lineage brought Denisovan-like mitochondrial DNA into the Pit of Bones region, and possibly also to the Denisovans in Asia.

“The story of human evolution is not as simple as we would have liked to think,” Meyer said. “This result is a big question mark. In some sense, we know less about the origins of Neanderthals and Denisovans than we knew before.”

The scientists now hope to learn more about these fossils by retrieving DNA from their cell nuclei, not their mitochondria. However, this will be a huge challenge – the researchers needed almost 2 grams of bone to analyze mitochondrial DNA, which outnumbers nuclear DNA by several hundred times within the cell.

The scientists detailed their findings in the Dec. 5, 2018 issue of the journal Nature.