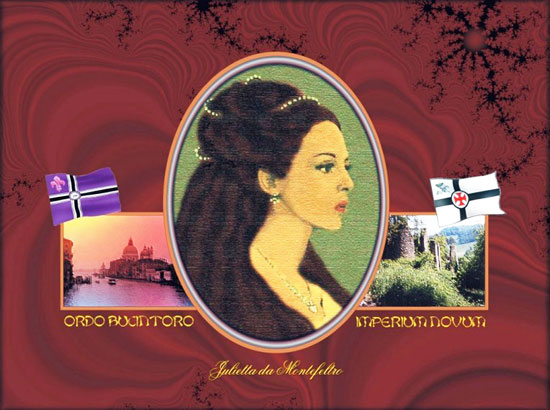 There is a certain positive secret society that had a dramatic impact on destiny of this planet as it has created an energy current that is directly responsible for the exploration of space which will inevitably result in the First Contact.

It was founded in 1510 in Venice by a Venetian doge named Leonardo Loredan, a member of the one of the most important White Nobility families of Venice. At that time he was one of the most spiritually developed people in the West and is now an “ascended beingˮ, not to be confused with Paolo Veronese, which is known as the Venetian Master.

The secret society was then called Causa Nostra (our cause) and is now known as Ordo Bucintoro.

The name Bucintoro originates in an old Venetian legend: once there was a magnificent golden ship, which drove a famous Doge into the sky. We could now easily describe that ship as an “ascension mothershipˮ and the process as beam up or teleportation. Bucintoro was officially the name of the state barge of Venice and secretly the codename of a “mothershipˮ of the Galactic Confederation.

In 1512, headquarters were established on Murano and from there Ordo Bucintoro created an extensive network throughout Italy, Germany, Austria and Switzerland.

In 1516 Julietta Montefeltro, an initiate of the Order of the Star, joined Ordo Bucintoro. She was a priestess of Goddess Venus. Venus is a patron Goddess of Venice, Venice being one of the main planetary vortexes of that Goddess.

As an initiate of the Order of the Star, Julietta knew the secret of immortality and “ascensionˮ and has communicated that to Ordo Bucintoro through an occult doctrine called Spiritus Eros, which includes the sacrament of the bridal chamber and other Goddess mysteries.

The purpose of Ordo Buncintoro was to prepare mankind for a New Era, which was then expected to arrive around the year 2000. It was envisioning human sovereignty free from the influence of the Church, humans determining their own destiny and being respected according to their merits and not their bloodline. A new financial system was planned which would ban interest and prevent misuse and hoarding of wealth.

Members of Ordo Bucintoro were carefully planning their incarnations in the 500 year time frame until the year 2000 to prepare the planet for the arrival of the New Era.

They were in possession of the Holy Grail.

Saint Germain, Cagliostro and Casanova were all initiated in Ordo Bucintoro in Venice. Casanova became there a priest of Venus. Cagliostro became a priest of Isis and created Misraim, a masonic system that attempted to renew the mysteries of Isis after almost 2000 years of dormancy. Unfortunately, most Misraim masonic lodges were infiltrated by the Jesuits almost immediately and misused by Italian Black Nobility for their purposes.

Mozart was another priest of Isis who communicated Isis mysteries through his music and was initiated into the mysteries through a certain Templar society with strong connections with Ordo Bucintoro in Untersberg near Salzburg.

After the fall of the Venetian republic the outer form of Ordo Bucintoro was dissolved and a certain positive Misraim lodge in Venice took its place.

The occult presence of Ordo Bucintoro had a great influence on the planetary events and was inspiring people behind the scenes to reach for the stars and develop a space program.

Unfortunately that program was manipulated by the Archons and the Chimera group through the Vril and Thule societies.

Otto Skorzeny, a member of the Thule society, tried to re-create Ordo Bucintoro and misuse it for negative purposes together with a Black Nobility member Junio Valerio Borghese, and renamed it Order Palazzo Stern. His attempts were not successful.

There are certain groups that claim to be descendants of Ordo Bucintoro. Their claims may or may not be valid.