Our medical system is a cartel fueled by tyranny for profit, not prevention 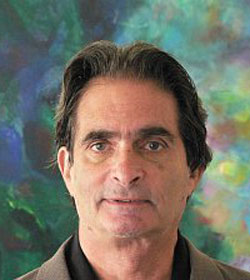 Our medical system is a “criminal enterprise” and the “vaccine establishment has become a protection racket” according to Jon Rappoport, in a recent opinion piece contributed to The Daily Sheeple.

Rappoport accuses mainstream medicine of perpetuating the myth that vaccines are needed to create healthy children, and of suppressing evidence to the contrary.

He wrote:
“Those who insist on 50 or 60 shots of germs and toxic chemicals for every child, like it or not, are participating in an ongoing criminal enterprise.
Their vision is unnatural and perverse.
It turns out that stimulating the production of antibodies – which is the purpose of vaccines – is not the be-all and end-all of existence. It isn’t the road to health. It isn’t an automatic lease on life.”

Good health is not the result of medical procedures

In other words, Rappoport argues, healthy children are the product of many factors, and building a healthy immune system naturally is far better than relying on vaccines.

History has shown that vaccines can actually trigger an epidemic – and this has been known for more than a century.

From an 1898 book titled A Century of Vaccination:
“Smallpox, like typhus, has been dying out (in England) since 1780. Vaccination in this country has largely fallen into disuse since people began to realize how its value was discredited by the great smallpox epidemic of 1871-2 (which occurred after extensive vaccination).”

Other sources have shown that the overall decrease in mortality in children from diseases like scarlet fever, diphtheria and measles since the 19th century has been due to improvements – in sanitation and particularly in diet – and not because of antibiotics and immunization, which were introduced later.

Rappoport says that the “dud” epidemics that we are frightened with every few years are nothing more than the medical establishment’s brainwashing efforts to convince us that we need constant medical care – and that there is no such thing as natural health.

He points out the lack of research conducted on healthy children: “How many studies in peer reviewed journals examine large groups of healthy unvaccinated children?” he asks.

In fact, there have been studies suggesting that children who grow up on farms, for example, have a higher resistance to disease simply because they were exposed to more germs at an early age, therefore strengthening their immune systems.

This “hygiene hypothesis” offers support for the idea that building resistance naturally is better than trying to boost immunity through injecting dangerous toxins into children’s bodies or protecting them from all contact with germs.

Profit is the motivation 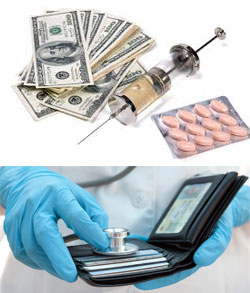 Good health is not the result of medical techniques, but Big Pharma would cease to exist if natural health practices became the standard approach.

That’s why the vaccine industry, with the assistance of a sold-out government, is forcing vaccinations on children while doing its best to persecute and criminalize alternative health practitioners.

That’s why children are being injected with deadly poisons by force, while natural treatments such as cannabis are still illegal at the federal level.

The medical establishment is built on lies – and those lies are killing people rather than curing them.

Medical errors are the third-leading cause of death in the U.S. according to a recent Johns Hopkins University study, and that doesn’t even take into account all the deaths caused – directly and indirectly – by standard procedures in doctor’s offices, clinics and hospitals.

Pharmaceutical-based medicine doesn’t provide real cures, and usually – as in the case of vaccines and chemotherapy, for example – the supposed “cure” is worse than the disease itself.
Big Pharma can’t generate profits by actually making people healthy, so they are actually in the business of making people sick, and keeping them that way…