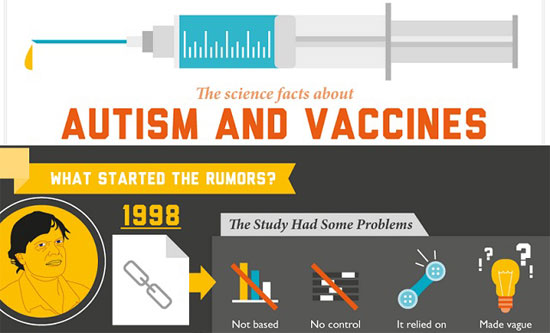 Autism is a brain disorder that causes symptoms that typically become noticeable no later than age three. It affects a child’s ability to communicate both verbally and non-verbally and also affects social interactions and relationships. In addition, autism can dramatically lower a child’s interest in socializing and may cause a preoccupation with certain activities, toys or routines.

It is no secret the U.S. autism rates are on the rise and have been for many years. The problem is bigger than it has ever been before, with rates soaring to all time highs in the past few years. In fact, a report from the Centers for Disease Control found that autism rates experienced a 30 percent surge in 2014 over 2012, with the number of diagnosed children rising from 1 in 88 to 1 in 68.

The Environmental Protection Agency admits autism is on the rise

Interestingly, a study by the Environmental Protection Agency (EPA) found that autism rates have not just steadily increased, but rather experienced dramatic surges during certain years over the past few decades. Though the EPA researchers fail to speculate exactly what may have caused those skyrocketing numbers, they do suggest that an external factor may be responsible for the rise in autism rates during certain pivotal years. However, it cannot be denied that changes in autism rates are directly correlated to pharmaceutical toxins within U.S. vaccinations.

As the numbers of children who fall victim to autism spiral out of control, doctors, governments and mainstream media do little to understand the real cause of this disease. For years, many people have speculated at the dangers of vaccines in relation to autism rates, only to be condemned, criticized and even censured by those who defend immunizations as safe. However, a study published in the Journal of Public Health and Epidemiology found an association between autism disorders and the use of aborted human fetal cells in the manufacturing of certain vaccines.

How do vaccines actually trigger autism?

Since 1979, when human fetal tissue was first approved for use in vaccines, the rates of autism have markedly increased – particularly during certain years when major changes were made to U.S. vaccines and vaccine schedules. Aborted fetal cell tissue introduces the DNA of an aborted baby into the body of a child. The results can be catastrophic, potentially causing breaks in the DNA, genetic mutations and even triggering an autoimmune response.

Many children diagnosed with autism do not have symptoms present at an early age, but rather experience a sudden onset of symptoms that cause an unexplainable loss of learned skills. Known as ‘regressive autism’, this condition is associated with hundreds of DNA breaks and gene mutations, indicating it cannot be a congenital disorder but rather a condition caused by external factors.

Parents deserve to know about vaccine dangers and how those made with aborted human fetal tissues may be a major cause of autism. Unfortunately, most will not receive this information from medically trained doctors and will instead be met with disparaging comments and criticism for questioning the safety of immunizations.

The truth is that parents have rights and a choice when it comes to their children’s health. Instead of accepting the directives of physicians and merely hoping for the best, parents should educate themselves about vaccine dangers and the risks of exposing children to aborted fetal cell tissue plus many other unwanted poisons like, formaldehyde, mercury and aluminum.