We all want to live a long life, but did you know eating these simple foods has been proven scientifically to prevent and in some cases reverse the #1 cause of death in the modern world? 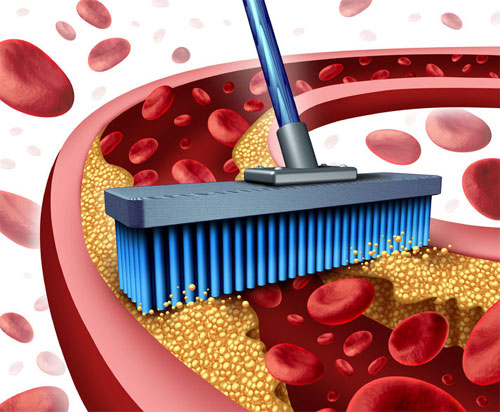 At present, atherosclerosis (the progressive narrowing and clogging up of the arteries) is the driving process behind cardiovascular mortality, the #1 cause of death on this planet, at approximately 18 million deaths annually.

A complex process, involving autoimmunity, infection, dietary incompatibilities, and many known and unknown factors, it is – despite conventional medical opinion – entirely preventable, and in some cases reversible.

There is the peer-reviewed, published research proving that fact:

• B Vitamins – yes, something as simple as adding a source of B-complex to your regimen can prevent the juggernaut of heart disease from taking your life prematurely. A doubled-blind, randomized study, published in 2005, in the journal Atherosclerosis found that a simple intervention using 2.5 mg folic acid, 25 mg Vitamin B6, and 0.5mg Vitamin B12 for 1 year, resulted in significant reductions in arterial thickness (as measured by intima media thickeness). Even niacin or folic acid alone has been shown to have this effect in patients. [Note: Always opt for natural sources of the B-group vitamins, including probiotic supplementation (which produce the entire complement for you), or a whole food extract, versus synthetic or semi-synthetic vitamins which, sadly, predominate on the market today].

• Garlic – as we have documented extensively previously, garlic can save your life. It has been found to regress plaque buildup in the arteries, among many other potentially life-saving health benefits.

• Pomegranate – this super healing fruit has been found to regress plaque buildup in the arteries, as well as being demonstrated to provide dozens of validated health benefits, including replacing the function of the mammalian ovary!

• Fermented Cabbage – Kimchi, a Korean recipe, which includes fermented cabbage, hot pepper, and various other ingredients, appears to stall the atherosclerotic process in the animal model. Additionally, strains of good bacteria in kimchi have been found capable of degrading toxic chemicals that can additional bodily harm.

• L-Arginine: This amino acid is capable of preventing arterial thickening – up to 24% reduction! – in the animal model. An extensive literature review on arginine supplementation has found over 30 studies demonstrating this fact in addition to 150 known health benefits: L-Arginine is capable of addressing the underlying dysfunction associated with cardiovascular disease: endothelial dysfunction.

• Turmeric (curcumin): the primary polyphenol in the Indian spice turmeric known as curcumin has been found to be an excellent cardioprotective, with over 30 studies demonstrating this fact. One study found that curcumin prevented damage to the arteries associated with blockage (neointima formation).

• Sesame Seed: probably one of the most underappreciated super foods on the planet, sesame seed, which is as effective as Tylenol for arthritic pain, may be an excellent cardioprotective substance, ideally suited for preventing the progression of atherosclerosis. One animal study found it was capable of preventing atherosclerosis lesion formation. Another human study found that eating sesame seed paste can reduce blood markers of cardiovascular disease.

Remember, heart disease is not a natural process that we must accept as inevitable based on family history of an outdated gene-based model of human disease risk. Our daily decisions, especially regarding what we decide we are going to eat or do not eat, are first and foremost.

We can use food as medicine, sloughing off the pharmaceutical industry meme that we need statins to stave off the “inevitable.” Take back control of your health with nutrition, and realize that food is the only medicine that will both nourish us and heal our bodies in a way that will produce lasting health.

Our diet is killing us: The modern diet is harmful to gut flora, can lower immune function