What we label as autism covers a vast spectrum. One autistic child may be able to communicate perfectly and perform normal daily life tasks, while others can barely move, and still others can’t communicate at all. You also have children under this label known as autistic “savants” who show extraordinary abilities. This is why it’s more commonly referred to as autism spectrum disorder (ASD). 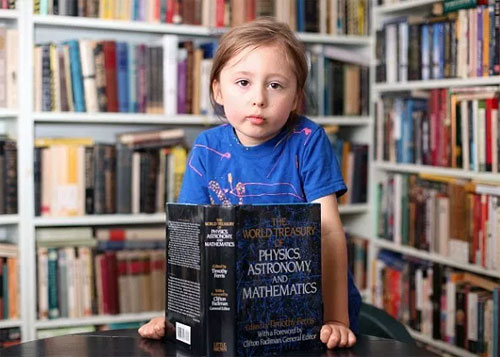 Some savants are able to perform extreme mathematical calculations in their head, similar to a calculator or computer, and others have remarkable artistic ability spanning across a variety of subjects. The list of abilities seen in savants is long, and one ability that could one day be added to that list is telepathy.

Unfortunately, it’s commonly believed that the autistic children who lack movement and communication are “not there.” Yet some evidence suggests they are not only aware, but have greater mental abilities than the average person. The communication barrier may be preventing them from sharing that with us, but perhaps we’ve been missing something?

Although often ridiculed, many scientists have been studying and publishing papers on human telepathy for decades, making some amazing observations with statistically significant results. In fact, in 1999 a statistics professor at UC Irvine published a paper showing that parapsychological experiments have produced much stronger results than those showing a daily dose of aspirin helps prevent a heart attack.

Some more examples will be provided later in the article, but for now, if you’d like to see a selected list of downloadable peer-reviewed journal articles reporting studies of psychic phenomena, mostly published in the 21st century, you can click here.

Telepathy is one ability included in the parapsychology group. Others include remote viewing, near death experiences (NDEs), and out of body experiences (OBEs).

Evidence for Telepathy among Some Nonverbal Autistic Children 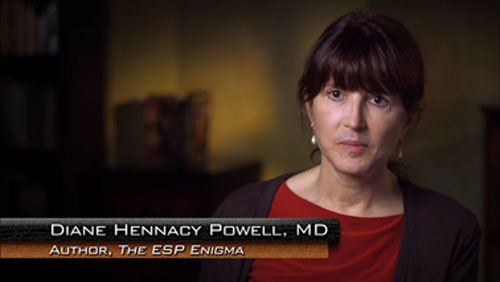 Diane Powell, M.D, is an author, public speaker, researcher, and practicing neuropsychiatrist. Her education is extensive, and she’s worked with some of the best minds of the century, including several Nobel laureates. She studied biophysics and neuroscience during her undergraduate years, has worked in neurochemistry, and attended John Hopkins School of Medicine.

She co-published research on the genetics of Alzheimer’s disease with Marshal Folstein and did neuroscience research in Joseph Coyle’s laboratory. After receiving her medical degree in 1983, she stayed at Johns Hopkins to complete postdoctoral training in medicine, neurology, and psychiatry.

In July 1987, Dr. Powell joined the faculty at Harvard Medical School, where she taught neuropsychiatry and gained experience in cross-cultural psychiatry and mind-body medicine. She moved in July 1989 to engage in molecular biology research at the University of California at San Diego during the Human Genome Project.

She has always been interested in human consciousness, particularly in the special abilities these gifted children have and how they are helping to grow our understanding about the mysteries of consciousness.

In January 1987 she trained for six months at The Institute of Psychiatry in London, England with Sir Michael Rutter, who was knighted for his work on autism.

This is a short summary of an impressive and lengthy CV, but it’s important to show that the list of credible researchers in this field long and growing. “Extended human capacities,” as the Institute of Noetic Sciences (IONS) defines them, and parapsychology, are serious subjects.

Powell explains in the video that she wants to further study these children: “I want to go back and I want to film Haley under ideal scientific conditions. There are also several other children across the globe who demonstrate a similar phenomenon. I want to go and document them as well.”

“The day science begins to study non-physical phenomena, it will make more progress in one decade than in all the previous centuries of its existence.” – Nikola Tesla.

In the mid-1960s, Montague Ullman, MD, began a number of experiments at Maimonides Medical Center in Brooklyn, New York to test the hypothesis that people could be primed to dream about randomly selected material. In other words, they could choose what they wanted to dream about before going to sleep, and this could include anything, from artwork to movies to photographs and more.

Shortly after these experiments began, Ullman was joined by Stanley Krippner, who holds an impressive background in the scientific study of dreams, psychology, and parapsychology. The experiments they conducted spanned more than 10 years, During the experiments, there was usually a “telepathic sender” and a “telepathic receiver.”

More recently, in the mainstream scientific world, scientists developed the technology to communicate telepathically. This is not the same as true telepathy, as it is technologically assisted, but it still marks a stepping stone toward opening the minds of more people to the idea of telepathy in general. It’s extraordinary how much evidence exists for this phenomenon, and it’s frustrating that modern day scientific definitions limit what we can accept as real, no matter how obvious the existence of something may sometimes be.

Here is another interview with Dr. Powell answering questions from students at the 57th Annual Convention of the Parapsychological Association, and below is another interesting, possible example of human telepathy in an autistic child seen by Dr. Powell.

Experiments like these have been subject to ridicule, but for no good reason. Internationally recognized scientists are constantly coming together to stress the importance of what is still commonly overlooked in the mainstream scientific community — the fact that matter (protons, electrons, photons, anything that has a mass) is not the only reality. We wish to understand the nature of our reality, but how can we do so if we are continually examining only physical systems? What about the role of non-physical systems, such as consciousness, or their interaction with physical systems (matter)?

Our modern day scientific methods are built upon the idea that we live in a completely material, physical world. This scientific point of view has obviously played an important role in shaping our understanding of reality, but at the same time it’s completely dominated mainstream academia. As a result, the scientific study and attention material phenomena deserve has been greatly hampered, and the scientific study of the mind continues to go neglected.

Our current scientific parameters have assisted us, but we are reaching a point where we must expand those parameters, and accept that it’s time to usher in the age of non-material science. The implications of this field are huge, but new discoveries bring with them the worry of what human beings will do with them. How we use our technology needs to transform, and that can only occur if we open our minds up to a different view about the true nature of our reality.