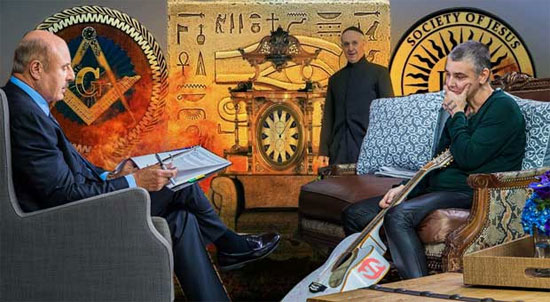 Major concerns have been raised for the wellbeing of Sinead O’Connor following her suicidal breakdown after she exposed a Catholic Church pedophile ring. The Irish singer set alarm bells ringing in 2016 when she went missing in Chicago whilst in town for a David Bowie tribute. Police searched for her for two days after she went missing in the Wilmette area following reports that she had suffered suicidal bouts of depression. She was eventually found by police, but concerns for her safety had been growing since she revealed information in 2013 about the sexual abuse she and others had suffered as children at a Catholic Church school. Her revelation explained her previous cries for help throughout her career.

O’Connor made headlines with controversial outbursts throughout her career including her ripping apart of a photo of Pope John Paul II during a 1992 Saturday Night Live television appearance. Her protest was against the Catholic Church and its handling of the sexual abuse scandal, a subject that hit close to home for the young woman. In 2013, the singer revealed to the Irish Sun her imprisonment in the Our Lady of Charity Laundry in Dublin.

At the age of fifteen, the Irish singer was arrested for shoplifting. She was trapped in intolerable conditions for eighteen months until her father secured her freedom. O’Connor told the Irish Sun: “We were girls in there, not women, just children really. Moreover, the girls in there cried every day. It was a prison. We didn’t see our families, we were locked in, cut off from life, deprived of a normal childhood. We were told we were there because we were bad people. Some of the girls had been raped at home and not believed.
One girl was in because she had a bad hip and her family didn’t know what to do with her. It was a great grief to us.” 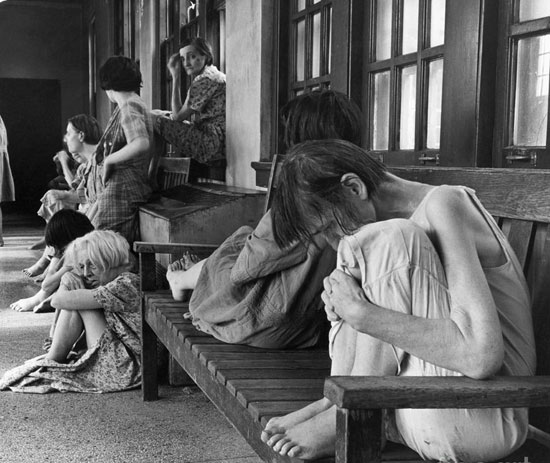 The rock star explained how her 18 months in High Park in the Drumcondra suburb of Dublin left her so angry at the injustice that it was part of the reason she caused worldwide controversy by tearing up a picture of the Pope on live television. This abuse is behind, she says of her infamous 1992 Saturday Night Live protest when she ripped up a picture of the Pope, bring a definite stall to a then rising career.

“It wasn’t the only reason, but it was one of them,” the singer told. O’Connor spoke out over a report by the Irish Parliament in which it states that there was “significant state involvement” in the incarceration of thousands of women and girls. These women were trapped in a Church run, the state-approved system of slave labor and sexual abuse that continued until 1996. Women were not paid, and their children, alleged to have been conceived during their time in the laundries, were taken from them and given up for adoption.

While most of the more than 10,000 woman detailed in the 1,000-page report are now dead, buried in unmarked and forgotten graves, the children of these women are seeking justice for their mothers. In August 1993, workers in North Dublin, Ireland discovered the bodies of 155 young women in a mass grave. The grave is on property once owned by the Catholic Church and the Sisters of Charity. Records of the deaths cannot be found; only 75 of the women have been identified.

Finding the grave forced open a 150-year-old secret. All the women had been residents of a Magdalene Laundry, institutions run by the nuns of Our Lady of Charity. It’s history reaching back to the middle ages, the Magdalene Laundries are named after Mary Magdalene, a reformed prostitute who became a follower of Jesus. The Magdalene convents were created by the Catholic Church in the Middle Ages for repentant prostitutes. The institutions, however, shifted from being a refuge into forced labor camps for women accused of violating a strict feminine moral code.

The Magdalene story is a difficult and heart-wrenching journey into the price of innocence lost at the hands of a broken and corrupt system driven by misguided principles and unbridled greed. Authorities would send young girls with “attitude problems” into the Magdalene Laundries and into a nightmare beyond their wildest comprehension. There were no limitations to the list of reasons a girl could be sent to a Magdalene Laundry. Most were from devout Catholic families that did not question Church rulings. Unwed pregnant young women were sentenced to hard labor and their babies put up for adoption as they wept and begged to hold their child just one more minute before they became only a painful memory.

The physical, sexual and emotional abuse became rampant at these institutions. One survivor recounts that one day after school, she was sexually assaulted. Her mother called the police to report the rape and was stunned when police came and arrested the girl. A judge deemed the attack her fault and sentenced her to hard labor within a Magdalene Laundry. “As I looked back on all the years I had suffered within the dark halls and stone hearts that were called a Magdalene Laundry, I felt a warmth on my cheeks as a lifetime of pain rushed in and I struggled to free my tortured soul and finally escape the veil of tears” said a Magdalene survivor.

Other victims have equally disturbing stories. Thousands of innocent young girls were swept up by a current of injustice driven by a corrupt state and church. Many were from impoverished environments or orphans, dumped into a Magdalene Laundry after falling out with a foster family. Upon entering a Magdalene Laundry, nuns stripped women of their given name and assigned them one they chose. Victims were forced to work long, difficult hours and to endure strict silence. 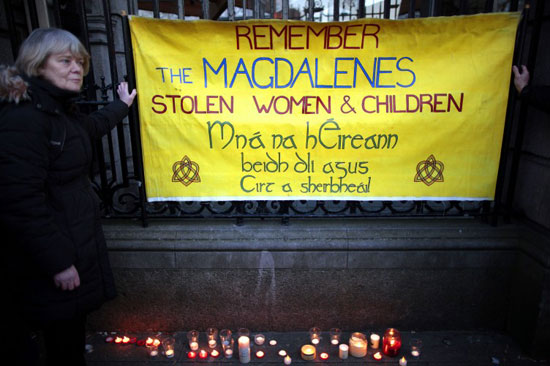 Punishments could include severe beatings as well as being locked in a closet for days. Sexual assaults were a routine occurrence at these institutions and survivors report that resistance led to even more punishment. In her book The Origins of the Magdalene Laundry, Rebecca Lea McCarthy describes how the Magdalene covenants spread across Europe and transitioned from houses of hope to prisons of despair. The change began with a rise of global capitalism combined with a shift in the Roman Catholic Church’s economic policies and papal authority.

Magdalene Laundries were set up as self-supporting organizations, not dependent on funding from the Church. Ireland, Canada, Australia and the United States would eventually become home to Magdalene Laundries as they spread across the globe, and thousands suffered in silence under the auspices of moral righteousness. In Ireland, the narrow definition of the appropriate behavior of women and a strict moral code meant thousands of women were sentenced to the Laundries. Girls 14 and younger could be deemed a moral threat and sentenced to manual labor until mandatory release at the age of eighteen. It has been estimated that nearly 30,000 Irish women served time in one of these institutions by the time the last Magdalene Laundry closed in that country in 1996. Magdalene Laundries were, for the most part, unregulated and not subject to any educational requirements and were exempt from labor laws and safety standards. Women were not educated while in the institutions. When their sentences were completed, they were tossed onto the streets, unable to support themselves. Victims struggled against a culture that idolized the Catholic Church to find a voice to express the pain and suffering they endured.

Survivors’ stories hold a common theme of physical, emotional and sexual abuse. Survivors allege collusion between court systems, business, government, and the church, with cash rewards for each young girl sent to the Laundries. Survivors also speak of illegal adoptions sanctioned by authorities as impoverished and powerless families lost their children to a system which ignored them. The cries for justice from the flood of victims now coming forward have generally been ignored. The countries that allowed this abuse to prosper have done little to expose the seedy underbelly of collusion between Social Services, big business and the political clout of an unimpeachable Catholic Church.

In 1999, the Irish government bowed to pressure and created the Commission to Inquire into Child Abuse (CICA) with the purpose to investigate child abuse within Irish institutions. In 2004, the Irish group Justice for Magdalene’s began gathering survivors and families of the deceased to demand justice for all who suffered under the intolerable system of the Magdalene Laundry. 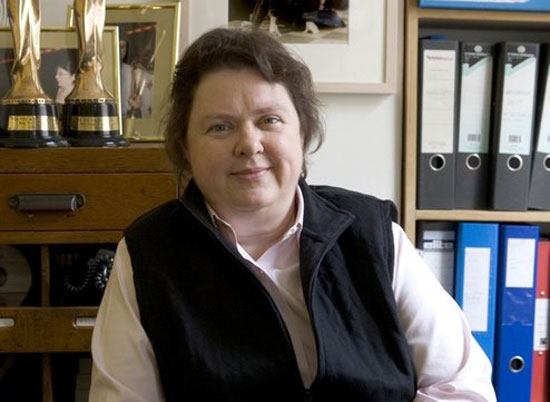 Mary Raftery was an Irish journalist who fought tirelessly to expose the rampant child abuse with the Irish system, including the Magdalene Laundries. She died from cancer in January of 2012. She wrote that one of her great regrets was not being able to find justice for the Magdalene victims.

In 2009 the public findings of the Commission, known as the Ryan Report were released and called by the Irish Times newspaper “the map of an Irish hell”. The report states that institutionalized children were treated like slaves, or inmates, stripped of even the most basic of human rights. The Irish government was forced to issue an apology to the tens of thousands of victims who suffered under the institutions run by the Catholic Church and offered damages to victims in the amount of £1billion.

The Ryan Report and pressure from advocacy groups like Justice for Magdalene’s prompted the United Nations Committee Against Torture to investigate the Magdalene Laundries. In 2011, the Committee issued a report condemning the Irish government for failing to acknowledge the pain and suffering of the victims and calling for a thorough investigation into the abuses that occurred. The Irish government has resisted involvement in the investigation, saying the Laundries were privately run and that women chose to enter the institutions.

However, following the U.N. recommendation, the government of Ireland vowed to look into the state’s involvement in the Laundries. The government also vowed to offer the compensation due to victims and their families as a hundred years of silent screams echoed through the now empty halls of the Magdalene Laundries.