Studies confirm: Potential risks of 5G wireless radiation are too serious to ignore 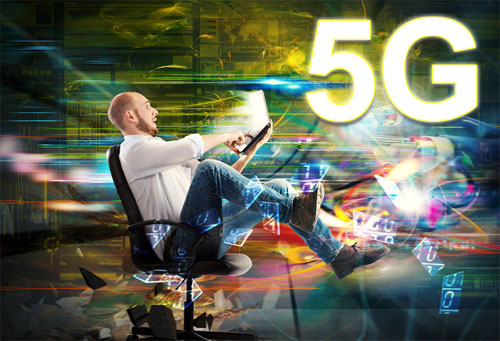 Last year (2018), Qatar became the first country in the world to roll out 5th generation (5G) wireless technology. Though they were the first, Qatar will by no means be the last country to make the move to 5G. Experts estimate that by next year virtually every country on the globe will have embraced this technology. Service providers boast that 5G will facilitate downloads at up to 100 times greater speeds than 4G technology. In basic terms, this translates to the ability to download (not stream) a full HD movie in less than 10 seconds.

5G also promises to provide more stable connections and greater capacity, meaning that networks will be able to handle multiple high-demand applications at the same time.

This all sounds good on paper, but as has been the case with most recent technological breakthroughs, everything comes at a price. Ultimately, all this increased speed and connectivity could well come at the cost of millions of people’s health.

Sprint in the lead

Telecoms giant Sprint has promised to launch 5G mobile services across the United States by mid-2019. The first six cities in line for this 5G rollout are Atlanta, Chicago, Dallas, Houston, Los Angeles and Washington, D.C.

Massive MIMO is a critical bridge to Sprint’s 5G network. 5G technology promises to connect people, places and billions of things with blazing fast speed, ultra-reliable, low-latency wireless service. This breakthrough technology will enable new levels of innovation and progress including cloud robotics, telemedicine, connected cars and drones, augmented and virtual reality and more.
Other telecoms providers are sure to follow in Sprint’s footsteps.

Why is this a problem? Because experts have warned that 5G presents a serious threat to human and animal health, and the way 5G functions will require changes in technology that have not been tested for safety.

Why 5G poses a serious threat

The Environmental Health Trust explains that while 4G and older generations of cellular technology use microwaves utilizing frequencies of up to 6 gigahertz (GHz), 5G will utilize frequency ranges between 6 and 100 GHz. The potential health impacts of microwaves at these frequencies have never been tested on humans.

Furthermore, the speed with which 5G operates can only be delivered via far more cellular transmitters; one transmitter per two to 10 homes. This will unleash high frequency microwaves at never-before-experienced levels.

Already earlier generation cellular technologies have been found to cause serious harm to the environment, animals and humans. Unleashing this level of microwave radiation on the planet could have absolutely devastating results – effects which may prove irreversible.