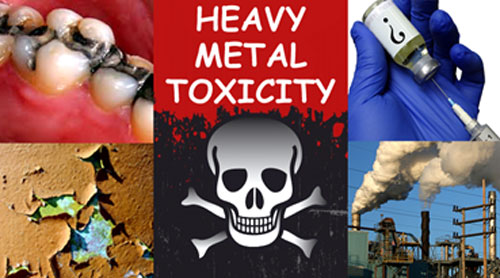 A “silent pandemic of neurodevelopmental toxicity” is disabling a generation of children around the world. This is the verdict of neurology experts Philippe Grandjean and Philip Landrigan in a 2014 report in Lancet Neurology. The staggering tsunami of developmental disabilities now affects at least one in six children in the U.S. and millions more worldwide. Two other studies suggest that the most common of these illnesses — autism spectrum disorder (ASD), attention-deficit hyperactivity disorder (ADHD) and tics — are related to each other and may share common causation. The culprit? Environmental toxins, particularly heavy metals.

Adding to the worry, scientists and physicians are increasingly seeing children with multiple neurodevelopmental disorders. Children with “comorbid diagnoses” (i.e., more than one disorder) often have “greater levels of emotional, behavioral and educational impairment and the need for more intensive treatment.” Notably, ASD and ADHD frequently co-occur. The current version of the Diagnostic and Statistical Manual of Mental Disorders (DSM-V) recognizes this trend by allowing for a combined diagnosis, whereas prior versions (DSM-IV and DSM-IV-TR) barred simultaneous ADHD and ASD diagnoses.

Neurodevelopmental disorders overlap even in the general population

A UK-based study in the Journal of Attention Disorders explores undiagnosed ADHD and ASD in a population of mostly female adult volunteers drawn from the general population. The researchers included only participants who had never received a diagnosis of ADHD, ASD, dyslexia or another mental disorder. Participants completed four online questionnaires that measured ADHD and ASD traits.

The researchers classified one-fifth (20%) of the participants as having ADHD despite their lack of a prior diagnosis.
A substantial proportion (4.3%) of undiagnosed participants also had a score indicative of at least mild autism.
The investigators noted considerable overlap between ADHD and ASD traits, particularly for pragmatic language (“knowing what to say, how to say it, when to say it, and generally how to ‘act’ around others during conversation”) and for attention-related skills.
An intriguing correlation between seemingly contradictory measures of distractibility (ADHD) and hyperfocus (ASD) prompted the researchers to speculate that “these two extreme manifestations of attention deficits could be controlled by the same mechanism.”

A Canadian study in the International Review of Neurobiology also found an overlap in neurodevelopmental disorders. The study’s authors note that 85% to 90% of patients with Tourette syndrome and other tic disorders have comorbidities and manifest an overlapping spectrum of “sensory-, behavioral-, cognitive- and sleep-related problems that have a major impact on their functioning and quality of life.” These comorbidities commonly include ADHD, ASD, obsessive-compulsive disorder (OCD) and mood and anxiety disorders. These data support prior studies showing that the rate of Tourette syndrome in autistic children is almost seven times higher (6.5%) than the rate for children drawn from the general population (0.95%). 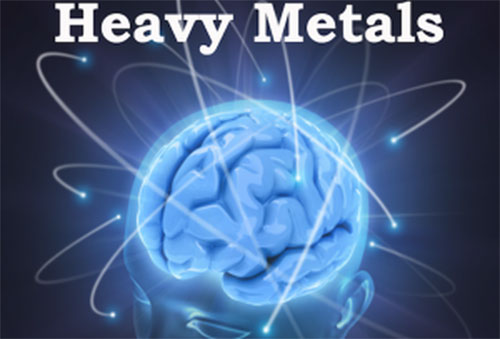 Many other studies of comorbidities have suggested that ADHD is comorbid with a wide range of other neurodevelopmental and psychiatric disorders, including dyslexia, depression, oppositional defiant disorder and eating disorders. One group of researchers has even postulated that ADHD and allergic rhinitis share a “common mechanism and represent a comorbid condition” that links nervous system injuries to immune system damage. This suggests that perhaps a single toxic culprit may be causing both kinds of damage simultaneously. All of these studies raise the question of whether these concurrent disorders represent a “neurodevelopmental continuum” that “transcends traditional diagnostic boundaries.”

Multiple studies have pointed to heavy metals as the leading culprit in the cascade of neurodevelopmental disorders. Moreover, the effects of heavy metals on cognition and behavior are synergistic: “Co-exposure to multiple metals can result in increased neurotoxicity compared to single-metal exposure, in particular during early life.” Research indicates, for example, that ADHD and problems such as sleep disturbances are more prevalent in children who live near coal ash (which contains metals such as lead, mercury and arsenic); children with ASD have significantly higher blood levels of arsenic and mercury compared to healthy controls; and autistic children have higher levels of mercury, lead and aluminum in their hair compared to matched controls.

Where are we headed?

Grandjean and Landrigan believe that environmental toxins are causing widespread brain injury and loss of function across a generation of children. The broad decline in neurological function is not captured by the increasing diagnoses of discrete neurodevelopmental disorders; the UK study of ADHD and ASD seems to bear this out, detecting overlapping ADHD and ASD symptoms in 20% and 4.3%, respectively, of its sample of undiagnosed adults.

This finding suggests that widespread brain damage may be affecting an entire generation without anyone taking official notice. Those indications are supported by the explosion in special education clinics in schools across western nations. Referring to the epidemic in childhood brain disorders, Harvard researcher David Bellinger has noted the urgency of paying more attention to “subclinical effects.” For example, many environmental toxins decrease IQ. Bellinger states, “Even a modest impact that does not push a child’s neurodevelopment into the range of clinical concern cannot be dismissed as benign because, if the exposure is prevalent, the total number of IQ points lost in the population as a whole might be large, and the reduction in the intellectual resources available to a society substantial.” Citing Bellinger’s work, a group of Oregon researchers reports that a 5-point decrease in mean IQ would increase the cognitively impaired population by 57%.

Far from being “little adults,” children are uniquely vulnerable to environmental toxins. Not only is the human brain “exquisitely sensitive to the impacts of environmental toxicant exposures during development,” but it “can serve as ‘the canary in the coal mine’ for such exposures.” Yet even though U.S. children’s catastrophic state of health and neurodevelopment is emblazoned across virtually every set of child health statistics, public health and regulatory agencies continue to turn a blind eye.

Reflexology is a safe alternative treatment for bunions

Sacred Geometry and the Art of Scriptural Writing (2)