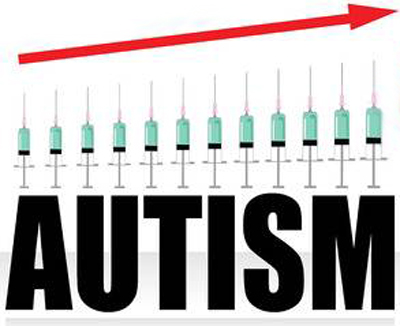 Shocking findings show that a highly vaccinated population results in a spike in autism. The Canadian government has anciently revealed that autism rates are much higher in highly vaccinated areas according to a recent research study. According to The World Mercury Project, Canada ranks in the top 10 countries for autism rates as it was revealed that 1 in 66 Canadian children was on the autism spectrum.

National ASD Surveillance System, or NASS, was created by The Public Health Agency of Canada in order to track the number of children diagnosed with autism and to provide perspective on autism diagnoses “both across regions and over time”. According to the data, it was revealed that a steady increase in autism spectrum disorder (ASD) diagnoses since 2003, showing substantial differences from region to region. Featured on the research were six provinces: British Columbia, New Brunswick, Newfoundland and Labrador, Nova Scotia, Prince Edward Island and Quebec.

The three regions with highest autism rate were revealed to be Newfoundland and Labrador (1 in 57), Prince Edward Island (1 in 59) and Quebec (1 in 65), all of which had the highest vaccination rates. Moreover, the provinces with the highest rates of autism seem to have experienced a massive increase in ASD diagnoses in recent years. Newfoundland and Labrador went from 6 to 19.6 per 1,000 – a 227 percent increase, while Prince Edward Island went from 5 to 17.7 per 1,000 – marking a 254 percent increase. Most shocking, however, is the data from Quebec, which shows that ASD diagnoses went from 3.5 to 15.7 per 1,000 – a staggering 349 percent increase.

While correlation does not always equal causation, the fact of the matter is that this is an association worth investigating. Moreover, countless parents have reported a sudden change in their child post-vaccination – which to any scientist worth their salt, should at least be cause for concern. Sadly, vaccine dogma has become so ingrained in our society that the very notion of even questioning vaccine safety is seen as an outrageous act of total lunacy. Indeed, those who dare to even suggest that vaccines contain harmful ingredients are labeled as “crackpots”, “conspiracy theorists” and deniers of “real” science.