Berries are widely known as one of the best cancer-fighting foods, but did you know that they can also prevent tooth decay? A study published in the European Journal of Oral Sciences suggested that eating a handful of dark-colored berries, such as cranberries and blueberries, provide a protective effect against tooth decay. 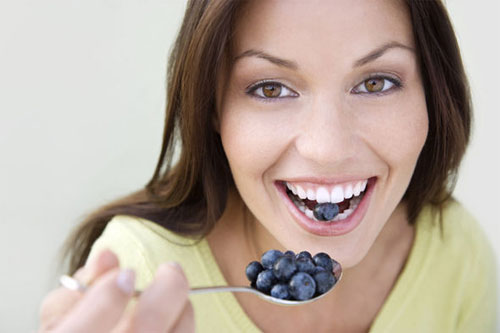 For the study, the researchers used high-quality extracts of cranberry, blueberry, and strawberry, and a combination of the three berry extracts. They used these extracts to treat 24-hour-old Streptococcus mutans biofilms. Then, they assessed these biofilms for metabolic activity, acidogenicity, biovolumes, structural organization, and bacterial viability.

The researchers found that the biofilms treated with the cranberry and combination extracts demonstrated the greatest decline in metabolic activity, acid production, and bacterial/exopolysaccharide (EPS) biovolumes. In addition, the structural architecture of these biofilms appeared less compact compared to the control-treated biofilms.

The biofilms treated with blueberry extract also exhibited significant reductions in metabolic activity and acidogenicity, but only at the highest concentration tested. The blueberry extract did not affect bacterial/EPS biovolumes nor biofilm architecture.

Based on these results, the researchers suggested that cranberry extract was most effective in inhibiting S. mutans virulence properties without substantially affecting bacterial viability. This suggests a potential ecological role for cranberry phenols as non-bactericidal agents capable of modulating pathogenicity of cariogenic biofilms.

Dark-colored berries, being rich in polyphenols, could be used as natural weapons against dental caries. The findings of this study support previous research by indicating that these are beneficial for preventing bad bacteria from sticking to the teeth and gums. This, in turn, could help lower the risk of tooth decay, plaque, and gum disease.

Other foods that keep our teeth healthy

There are also other foods that can help you maintain oral health aside from dark-colored berries. These include:

• Apples: Apples are loaded with various vitamins and minerals. They also contain dietary fibers and easily digestible carbs that have many health benefits, which include supporting oral health. Munching on apples keeps the teeth clean by increasing the production of saliva in the mouth, which in turn, washes off the bacteria.

• Black tea: Studies revealed that drinking three to four cups of black tea can reduce the bacteria in the mouth due to its polyphenol content. In addition, black tea has been shown to prevent and treat bad breath because it neutralizes sulfur compounds that cause this condition.

• Cheese: In addition to helping you lose weight and balancing your blood sugar levels, organic cheese also helps maintain oral health. According to some studies, organic cheese can reduce the acid levels in the mouth, which then slows down the development of bacteria and neutralizing the plaque acid. In addition, it is rich in calcium, which is well-known for keeping the teeth strong and healthy.

• Raisins: Raisins are dried grapes. Although they contain various kinds of sugar, these are different from the type of sugar that helps bacteria damage your teeth by allowing them to stick to their surface. Raisins contain natural sugars that can destroy the bacteria that cause plaque. Research also showed that raisins contain compounds that are good for the gums. These compounds make it difficult for the bacteria responsible for gum diseases to reproduce.

How Does Nicotine Affect the Brain?