Study: even ‘100 percent safe listening’ headphones may cause hearing problems 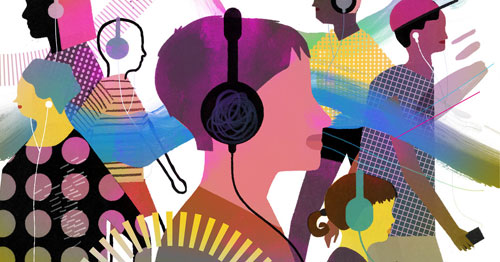 The best and worst headphones, plus tips for protecting hearing

If your little ones regularly plug a set of children’s headphones into a smartphone or tablet (probably for your own sanity rather than for any other reason), you should know that even brands that claim to be “safe for young ears” or to deliver “100% safe listening” may still put your kids’ hearing at risk.

When The Wirecutter, a product recommendations website, tested 30 sets of children’s headphones, it found that half of them did not restrict volume to the promised limit. The worst headphones produced sound so loud that it could damage kids’ hearing in just minutes.

Cory Portnuff, a pediatric audiologist at the University of Colorado Hospital who was not involved in the analysis, called the findings “terribly important,” and added that “Manufacturers are making claims that aren’t accurate.”

Dr. Blake Papsin, the chief otolaryngologist at the Hospital for Sick Children in Toronto, said The Wirecutter’s findings should be a wake-up call to parents, who need to understand one thing:
“Headphone manufacturers aren’t interested in the health of your child’s ears. They are interested in selling products, and some of them are not good for you.”

The Scope of the Problem

According to a 2015 report by Common Sense Media, half of 8- to 12-year-olds listen to music daily, and nearly 2/3 of teenagers do. It’s not just the volume that can be dangerous to hearing; the longer you listen to something at a high volume, the more damage you can do to your ears.

And while 80 decibels doesn’t sound much louder than 70 decibels, it’s actually twice as loud. That means 90 decibels is 4 times as loud as 70 decibels. You get the idea. The sound of a lawn mower is about 100 decibels, and is safe for only about 15 minutes; noise at 108 decibels, however, is safe for less than 3 minutes.

The National Institute for Occupational Safety and Health’s workplace safety limit for adults is 85 decibels for no more than 8 hours. But that limit was set in 1998, and there is no mandatory standard that restricts the maximum sound output for listening devices or headphones sold in the U.S.

A team at The Wirecutter used two types of sound to test 30 sets of headphones and earbuds with an iPod Touch. First, they played 21 seconds of the Major Lazer hit “Cold Water,” since it’s the type of thumping music kids generally listen to.

Then, they played pink noise, usually used to test the output levels of equipment, to determine whether the headphones actually limited the volume to 85 decibels.

Playing the “Cold Water” snippet at maximum volume, half of the headphones exceeded 85 decibels. The loudest headphones reached 114 decibels.

With pink noise, approximately 1/3 exceeded 85 decibels; the loudest was recorded at 108 decibels.

The team was advised on how to compare its results to data on the 85-decibel work limit by Brian Fligor, an audiologist and member of the World Health Organization’s (WHO’s) working group on safe listening devices. This was important because headphones and earbuds sit much closer to the ear, and the workplace limit was intended for open areas.

The Wirecutter team gave the highest (best) rating for kids’ headphones to the Puro BT2200, Bluetooth wireless headphones that retail for about $100 online. When they’re used in Bluetooth mode, it’s impossible to make them loud.

The lowest-rated listening device was a pair of wired headphones made by Kidz Gear. The volume limiter on the Kidz Gear headphones could be easily removed by children. With the volume limiter, the headphones are perfectly safe for youngers; without it, the audio can reach as loud as 110 decibels.

In a statement, Kidz Gear said that in over 15 years, the company has “never had a customer complaint on using a limiter when needed.” It went on to say:
“Parents and children alike love the fact that the headphones can be happily used in any sound environment. We believe when a volume limiter is used, safe sound is achieved and any issues with volume is a user or configuration issue.”

According to a report in the Journal of American Medical Association, 1 in 5 teens now suffers some form of hearing loss. Some doctors direct the blame at headphones.

But even 85 decibels and below can be damaging, so audiologists have some tips for parents:
– Keep the volume at 60%.
– Encourage your child to take a break every hour to allow the hair cells in the inner ear to rest, since nonstop listening can damage them.
– If you’re sitting an arm’s length away from your child while he or she is wearing headphones, your child should still be able to hear you if you ask a question.

Acupressure therapy can be used to restore hormonal balance; here are some acupressure points to try